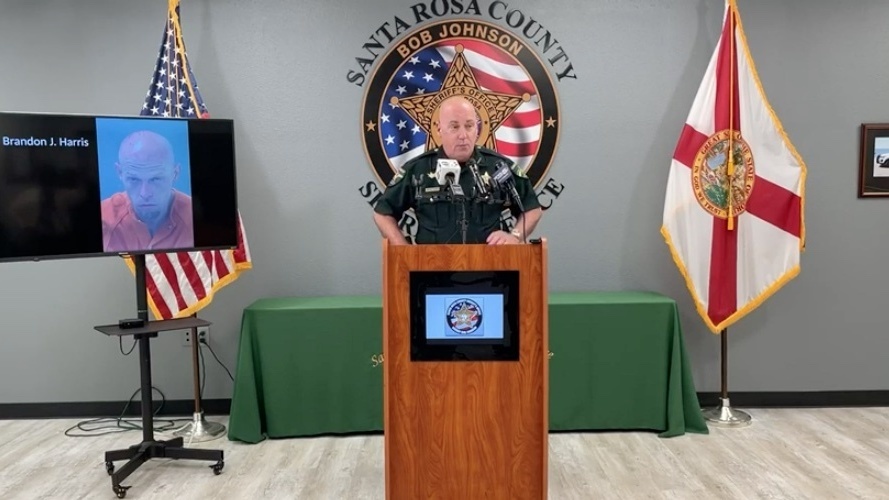 Santa Rosa (Fla.) County Sheriff Bob Johnson is encouraging homeowners to shoot intruders to “save the taxpayers money.” Defense attorneys are aghast at the seeming disregard for life.

Santa Rosa (Fla.) County Sheriff Bob Johnson is encouraging homeowners to shoot intruders to “save the taxpayers money.” Defense attorneys are aghast at the seeming disregard for life.

A Florida sheriff who encouraged homeowners to shoot intruders in order to “save the taxpayers money” is being lambasted by Florida defense attorneys, who are accusing him of offering “wildly irresponsible” advice that could cause needless loss of life and aggravate racial tensions.

At a press conference last week, Santa Rosa Sheriff Bob Johnson was discussing the arrest of Brandon Harris, a man well-known to the sheriff’s office. Wanted on multiple warrants, Harris was leaping fences and breaking into houses before ultimately jumping headfirst out a window where he was apprehended.

At one point, Johnson noted that in one of the four houses Harris broke into, a homeowner shot at him – and missed. The sheriff had a message for that person, who had not come forward.

“I guess they think they did something wrong, which they did not,” Johnson said. “If somebody’s breaking into your house, you’re more than welcome to shoot them in Santa Rosa County. We prefer that you do, actually.”

“So whoever that was, you’re not in trouble,” Johnson added. “Come see us. We have a gun safety class we put on every other Saturday. And if you take that, you’ll shoot a lot better and hopefully you’ll save the taxpayers money.”

“I’m a cop, not a politician,” Johnson told Fox & Friends Tuesday. “If somebody breaks into your house in Santa Rosa County, and you shoot and kill him, the chances of them reoffending after that are zero. And we like those odds.”

Johnson’s advice is legally accurate, several criminal defense attorneys told NPR. Florida’s “Stand Your Ground” law lets people use deadly force to prevent a forcible felony – including home invasion. And the intruder does not need to have a weapon. “There is no requirement that they be armed before anyone can exercise their right to defend their property,” said Fort Lauderdale attorney Jason Blank, who chairs the Florida Bar’s Criminal Law Section.

But the attorneys were aghast at how brazen Johnson was in seeming to delight in potentially needless death. “I can not agree with the Sheriff that it is ever preferred to shoot someone, “Blank said by email.

“It’s wildly irresponsible, because it essentially encourages people to use deadly force without giving it more consideration,” said Jude Faccidomo, president of the Florida Association of Criminal Defense Lawyers (FACDL). “There’s often times that somebody is not an imminent threat to you.”

Faccidomo says it was “reckless” for Johnson to make such a proclamation – and to cite the benefit to the taxpayers in “shooting first and asking questions later.”

And it’s not the reasonable Florida homeowners that Faccidomo worries will Johnson’s advice. It’s the “mythical ‘Florida Man’ – who is not known for his common sense,” Faccidomo said. “Sheriff Johnson just turned Santa Rosa into the Wild West. Maybe one less Sheriff’s salary is a better way to save the taxpayers money.”

“Look, I’m the first guy to use ‘Stand Your Ground’ as a defense,” said Andrew Metcalf, a criminal defense lawyer in Indian River County, Florida, and a past president of the FACDL. “I defend people for it. But I do not encourage, you know, death. And what he’s actually encouraging could be murder.”

It’s easy to envision a situation where Johnson’s advice could lead to disastrous results, Metcalf said. For Johnson to put that notion in people’s heads could lead to a parent shooting their daughter as she sneaks home late at night. Or imagine a teenager who asks his friend to come on over and sneak into the house.

“Kids make mistakes,” Metcalf said. “They go to the wrong house. And then someone’s listening to good old Sheriff of Santa Rosa County and then their kid gets their head blown off.”

Florida’s self-defense laws provide that if you’re in your home, you can use deadly force if you reasonably fear for your life. But numerous studies have shown that implicit bias can cause unfounded racial animosity.

In other words, what if the hypothetical teenager’s friend who tries to enter the house is Black?

There could “absolutely” be racial repercussions to what Johnson is proposing, Faccidomo said. “When you have somebody in a uniform telling you that they prefer for you to shoot, that comment lands in the ears of people who may have sort of implicit bias and may be acting in a fashion that is related to that rather than common sense.

“Their subjective fear for whatever they’ve internalized has now been deputized and weaponized by the sheriff saying, ‘Go ahead and shoot. We encourage it.'” 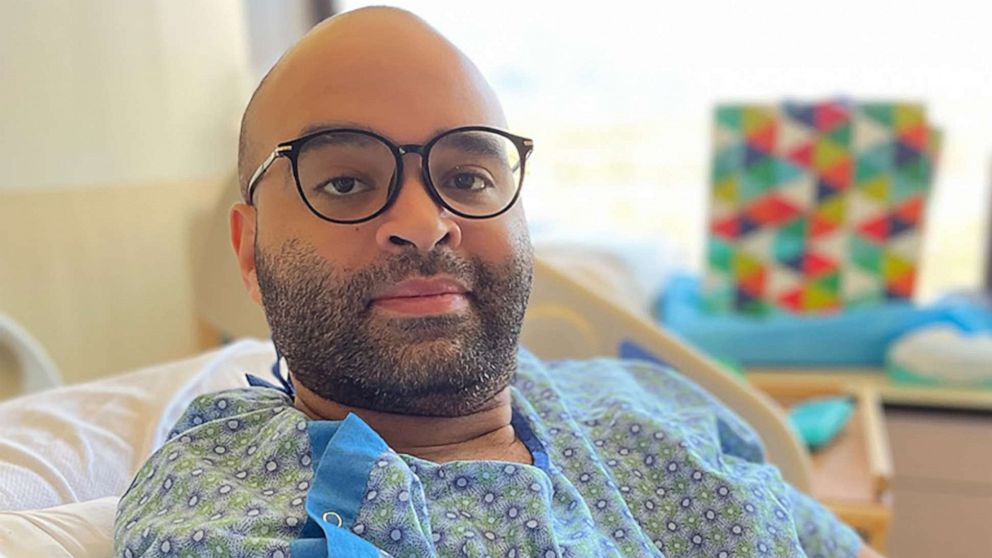 Hero who helped thwart Colorado Springs gunman: ‘I would shield everyone I could’ 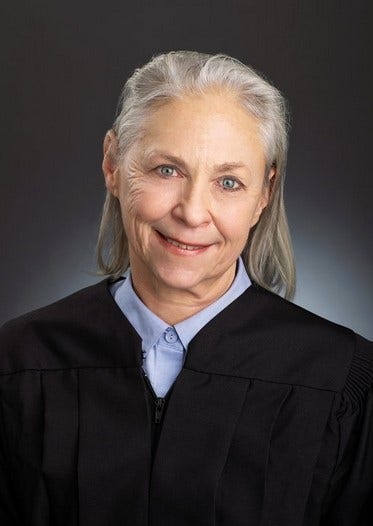 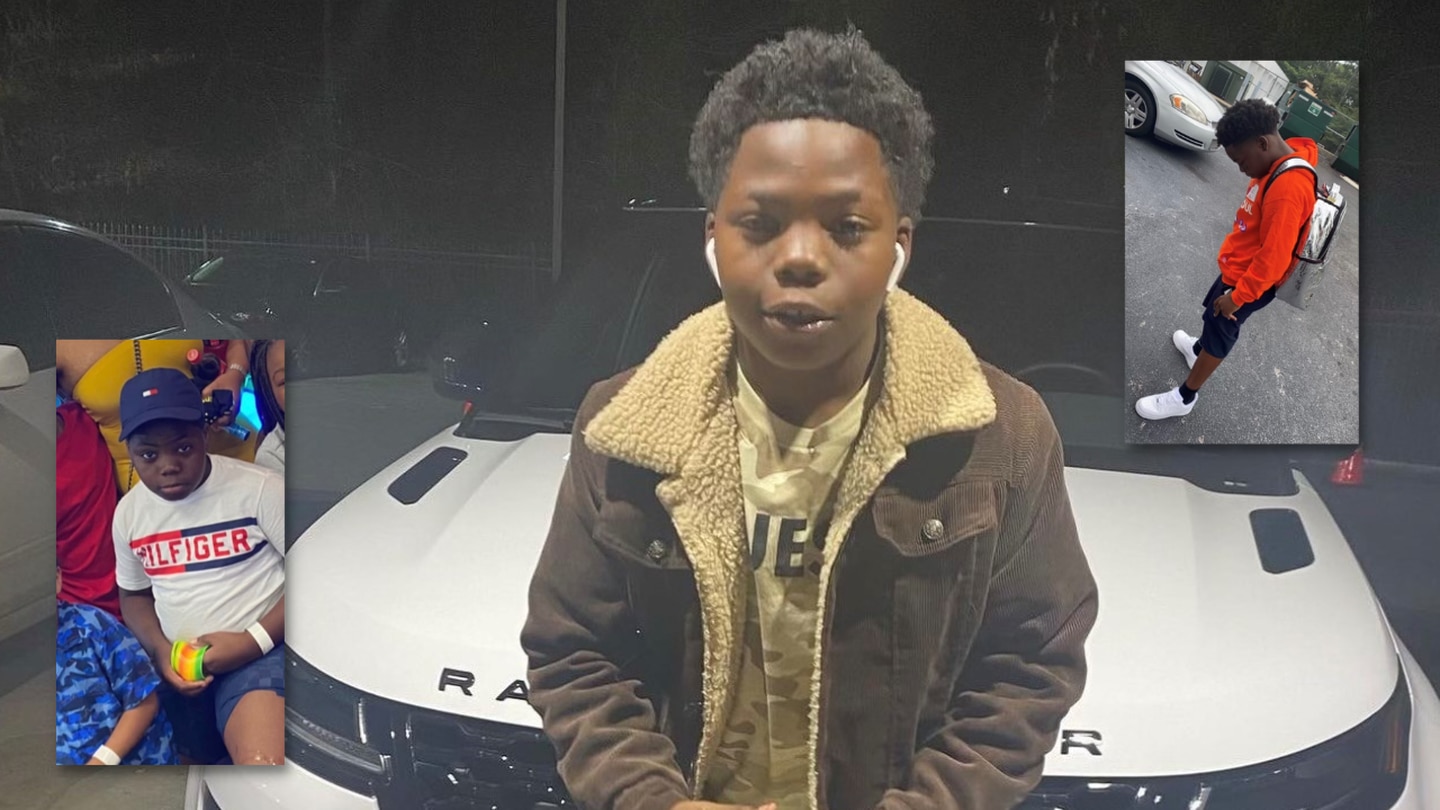