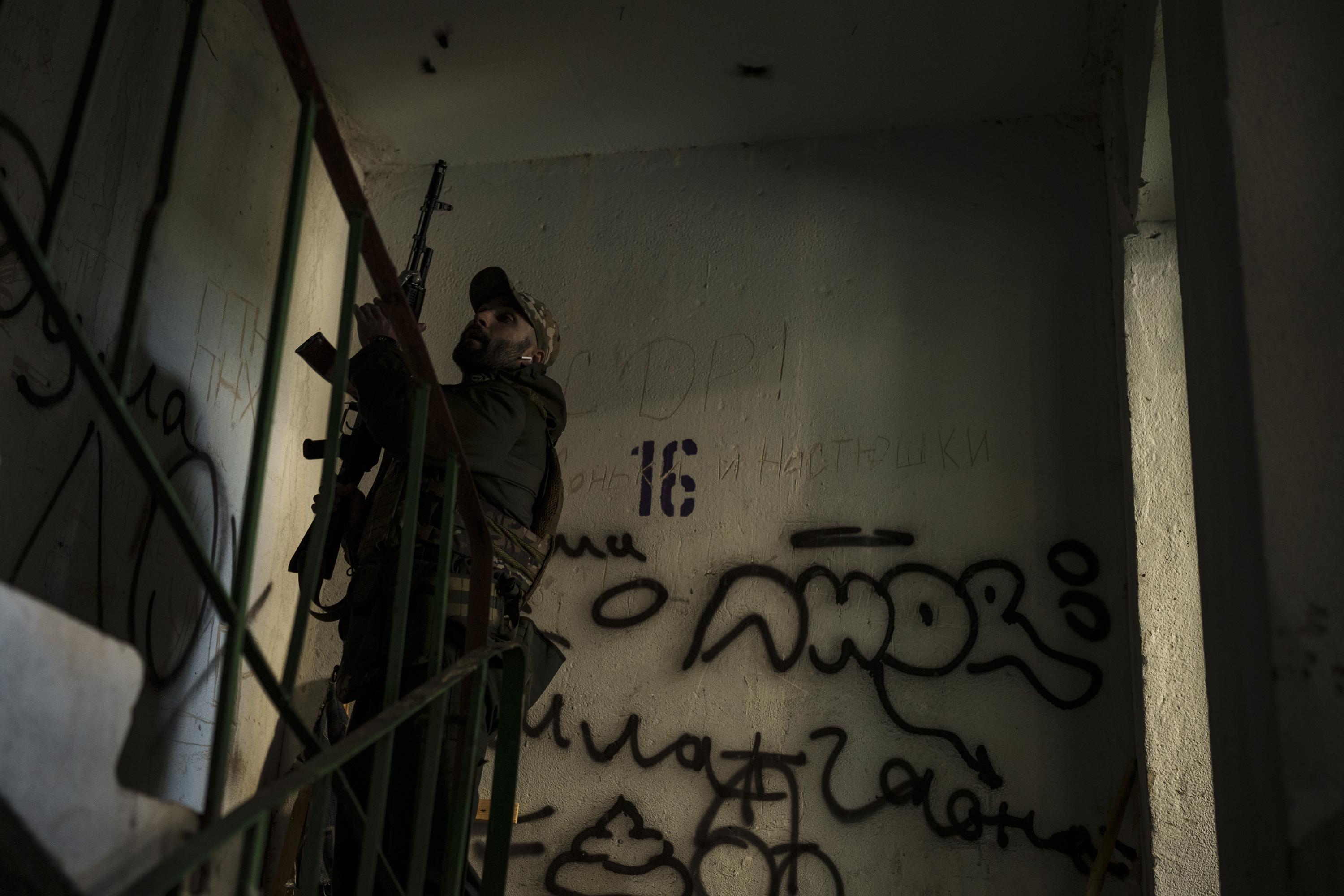 KYIV, Ukraine (AP) – Russia’s top diplomat warned Ukraine against provoking World War III and said the threat of a nuclear conflict “should not be underestimated” as his country unleashed attacks against rail and fuel installations far from the front lines of Moscow’s new eastern offensive.

Meanwhile, the British Defense Ministry said Tuesday that Russian forces had taken the Ukrainian city of Kreminna in the Lukansk region after days of street-to-street fighting.

“The city of Kreminna has reportedly fallen and heavy fighting is reported south of Izium as Russian forces attempt to advance towards the cities of Sloviansk and Kramatorsk from the north and east,” the British military said in a tweet. It did not say how it knew the city, 575 kilometers (355 miles) southeast of the Ukrainian capital, Kyiv, had fallen. The Ukrainian government did not immediately comment.

The US has been rushing more weaponry to Ukraine and said the assistance from Western allies is making a difference in the 2-month-old war.

“Russia is failing. Ukraine is succeeding, ”US Secretary of State Antony Blinken declared Monday after he and the US Secretary of Defense made a bold visit to Kyiv to meet with President Volodymyr Zelenskyy.

Blinken said Washington approved a $ 165 million sale of ammunition – non-US ammo, mainly if not entirely for Ukraine’s Soviet-era weapons – and will also provide more than $ 300 million in financing to buy more supplies.

US Defense Secretary Lloyd Austin went further, saying the US wants to see Ukraine remain a sovereign, democratic country, but also wants “to see Russia weakened to the point where it can not do things like invade Ukraine.”

Austin’s remarks appeared to represent a shift in US strategic goals since earlier it said the goal of American military aid was to help Ukraine win and to defend Ukraine’s NATO neighbors against Russian threats.

In an apparent response to Austin, Russian Foreign Minister Sergei Lavrov said Russia has “a feeling that the West wants Ukraine to continue to fight and, as it seems to them, wear out, exhaust the Russian army and the Russian military industrial war complex. This is an illusion. ”

Weapons supplied by Western countries “will be a legitimate target,” Lavrov said, adding that Russian forces were targeting weapons warehouses in western Ukraine.

Lavrov accused Ukrainian leaders of provoking Russia by asking NATO to become involved in the conflict. NATO has effectively “entered into a war with Russia through proxies and is arming those proxies,” he said. NATO forces are “pouring oil on the fire,” Lavrov said, according to a transcript on the Russian Foreign Ministry’s website.

“Everyone is reciting incantations that in no case can we allow World War III,” he said in a Russian television interview.

Lavrov said he would not want to see risks of a nuclear confrontation “artificially inflated now, when the risks are rather significant.”

“The danger is serious,” he said. “It simply came to our notice then. It should not be underestimated. “

When Russia invaded Ukraine on Feb. 24, its apparent goal was to seize Kyiv, the capital. But the Ukrainians, helped by Western weaponsforced President Vladimir Putin’s troops to retreat.

Moscow now says its goal is to take the Donbas, the mostly Russian-speaking industrial region in eastern Ukraine. Both sides say that campaign is underway, but Russia has yet to mount an all-out ground offensive or make any major breakthroughs.

On Monday, Russia focused its firepower elsewhere, with missiles and warplanes striking far behind the front lines to try to thwart Ukrainian supply efforts.

Five railroad stations in central and western Ukraine were hit, and one worker was killed, said Oleksandr Kamyshin, head of Ukraine’s state railway. The bombardment included a missile attack near Lviv, the western city near the Polish border that has been swelled by Ukrainians fleeing the violence elsewhere.

Philip Breedlove, a retired US general who was NATO’s top commander from 2013-2016, said the strikes on fuel depots are meant to deplete key Ukrainian war resources. Strikes against rail targets, on the other hand, are a “legitimate” effort to disrupt supply lines, he said.

“The illegitimate reason is they know people are trying to leave the country, and this is just another intimidation, terrorist tactic to make them not have faith and confidence in traveling on the rails.”

Phillips P. O’Brien, professor of strategic studies at the University of St. Andrews in Scotland, said the war is settling into a campaign of incremental battlefield losses and gains.

“The two sides are sort of every day weakening each other,” he said.

In Transnistria, a breakaway region of Moldova beside the Ukrainian border, several explosions believed caused by rocket-propelled grenades hit the territory’s Ministry of State Security. There was no immediate claim of responsibility or reports of injuries. Transnistria is a strip of land with about 470,000 people. About 1,500 Russian troops are based there.

Moldova’s Foreign Ministry said “the aim of today’s incident is to create pretexts for straining the security situation in the Transnistrian region.” The US has said Russia might launch “false-flag” attacks against its own side to create a pretext for invading other nations.

An estimated 2,000 Ukrainian troops holed up in a steel plant in the strategic southern port city of Mariupol are tying down Russian forces, apparently preventing them from joining the offensive elsewhere in the Donbas. Over the weekend, Russian forces launched new airstrikes on the Azovstal plant to try to dislodge the holdouts.

Some 1,000 civilians were also said to be taking shelter at the steelworks.

The city council and mayor of Mariupol said a new mass grave was identified about 10 kilometers (6 miles) north of the city. Mayor Vadym Boychenko said authorities were trying to estimate the number of victims. It was at least the third new mass grave discovered in Russian-controlled areas near Mariupol in the last week.

Mariupol has been gutted by bombardment and fierce street fighting over the past two months. Russia’s capture of the city would deprive Ukraine of a vital port and give Moscow a land corridor to the Crimean Peninsula, which it seized from Ukraine in 2014.

In his nightly video address, Zelenskyy said Ukraine was maintaining its resistance to “make the occupiers’ stay in our country even more intolerable,” while Russia drains its resources.

Britain said it believes 15,000 Russian troops have been killed in Ukraine since Russia’s invasion began. Defense Secretary Ben Wallace said 25% of Russian combat units sent to Ukraine “have been rendered not combat effective.”

Ukrainian officials have said about 2,500 to 3,000 Ukrainian troops had been killed as of mid-April.

Gambrell reported from Lviv, Ukraine. Associated Press journalist Yuras Karmanau in Lviv and AP staff around the world contributed to this report. 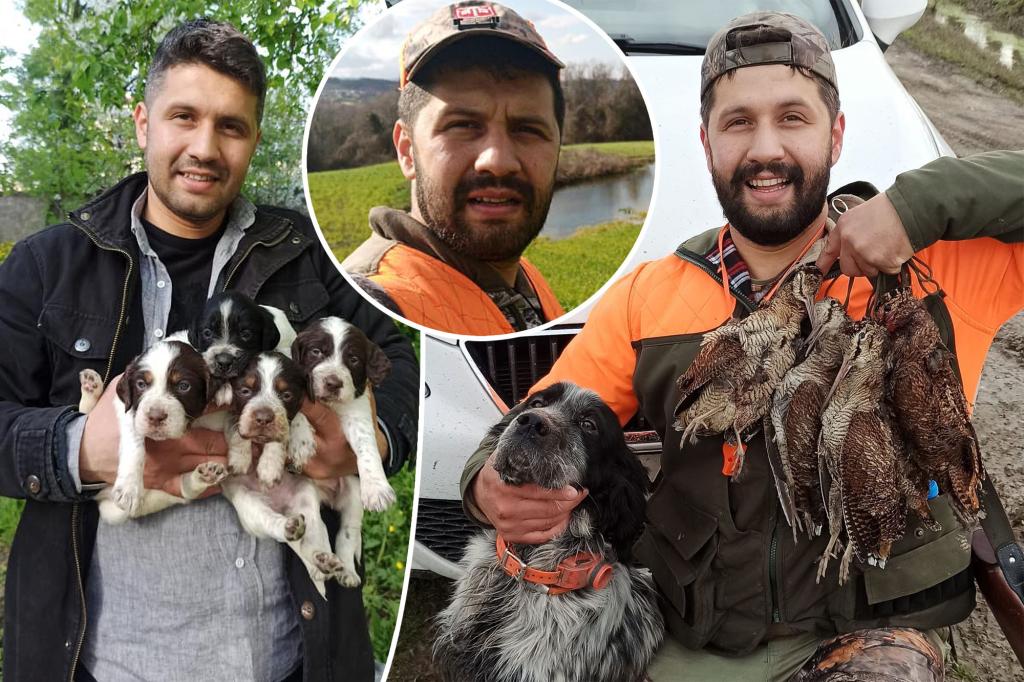 Hunter accidentally shot dead by own dog in freak accident

“Gaslighting” is Merriam-Webster’s 2022 word of the year