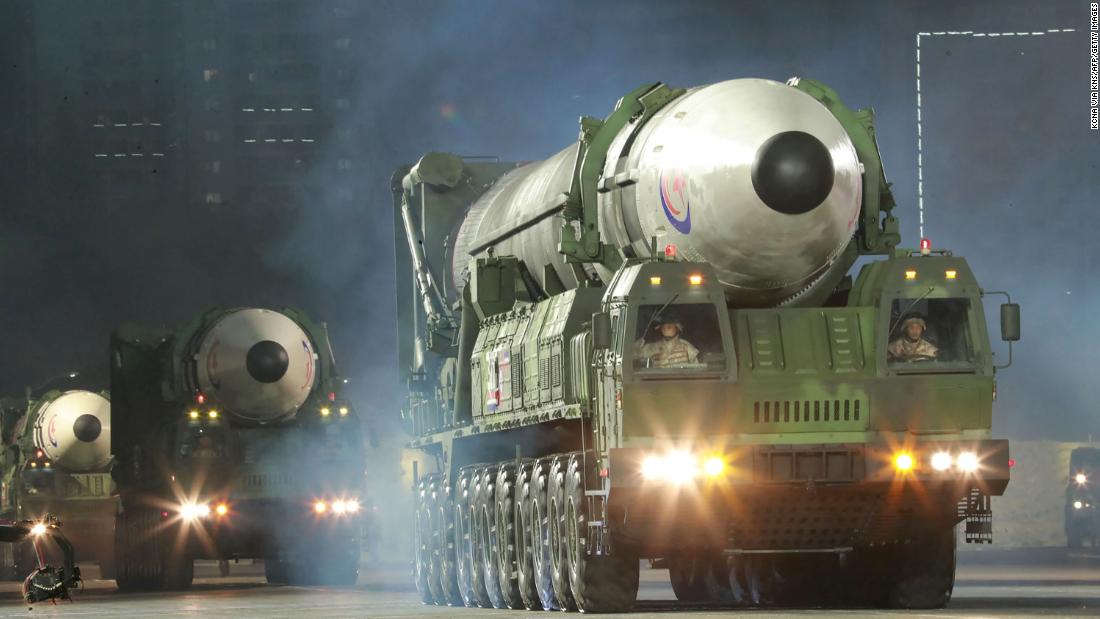 The country would “strengthen and develop” its nuclear forces at the “highest possible” speed, Kim said as a Hwasong-17 ICBM, multiple giant rocket launchers, and a submarine-launched ballistic missile, were all paraded through the streets of the North Korean capital.

Experts said the parade – held to mark the 90th anniversary of the founding of the North Korean army – offered a glimpse into Kim’s ambitions for his weapons program, particularly his efforts to develop solid-fueled missiles that would be easier to hide from foreign spy agencies. It also offered an insight into his mindset, they said.

Any country or force that tried to confront North Korea militarily would “cease to exist,” Kim said as he described his nuclear forces as both a “symbol of national power and the basis of our military power.”

“True peace can be trusted and national dignity and national sovereignty can be guaranteed by the powerful self-defense force that can overcome the enemy,” Kim said in a statement released by the state-run Korean Central News Agency (KCNA).

He said his nuclear force’s first mission was “to deter war,” but if anyone tried to “take away the fundamental interests of our country, our nuclear force will have no choice but to carry out its second mission.” He did not elaborate on what that second mission would be.

Among the most eye-catching pieces of weaponry on show was the Hwasong-17, touted by Pyongyang as one of its greatest military achievements yet.

North Korea claims to have successfully tested the missile in March, with a report in its state media at the time describing the launch as a “powerful nuclear war deterrent” and quoting Kim as saying the country was “fully ready” for any potential military confrontation with the United States.

The ICBM could, at least theoretically, put the entire US mainland in range of a North Korean nuclear warhead, but analysts say there are questions about whether the missile can deliver a nuclear payload on target.

Indeed, the US and South Korea have even disputed North Korea’s claims to have test-fired the Hwasong-17, suggesting the March 24 launch was in fact a test of the older and slightly smaller Hwasong-15, a missile first tested 2017.

A glimpse of Kim’s ambitions

Experts said the parade and Kim’s speech said much about the country’s ambitions, both in terms of its weapons development and its diplomatic priorities.

Ankit Panda, a nuclear weapons expert at the Carnegie Endowment for International Peace, said pictures of the parade suggested the presence of what could be three as yet untested solid-fueled missiles.

“Kim put solid-fueled ICBMs on his Jan. 2021 8th Party Congress wish list. So I would not be shocked if one of these is flight-tested in due time,” Panda said in a tweet.

Solid-fueled missiles are considered more advanced than liquid-fueled ones because they can be transported more easily – meaning they are easier to conceal from an enemy – and can be readied for launch more quickly.

Jeffrey Lewis, a weapons expert and professor at the Middlebury Institute of International Studies, said in March after the Hwasong-17 test, the North Korean leader had been “marching through” a long list of weapon modernizations laid out more than a year ago.

“(Kim) said these are all the things that North Korea is going to do and that included a multiple warhead ICBM, a solid-propellant ICBM, launching a military satellite, and even even putting a nuclear-powered submarine to sea,” Lewis said.

“I do not think he’s going to stop until that list is completed,” Lewis said.

Previously, North Korea had announced plans to enhance the accuracy of its missiles and increase the range up to 15,000 kilometers (9,320 miles).

“I think we are firmly in a period of missile tests, nuclear tests and tension that’s probably going to last for a year or so,” Lewis said.

The meaning of a man in uniform

Beyond the weapons on show, analysts said the parade offered other insights into Kim’s state of mind.

Cheong Seong-chang, director of the Center for North Korean Studies at the Sejong Institute, a private South Korean think tank, said it was significant that Kim had worn a military uniform for his speech.

“This could symbolize that Kim will respond with a ‘strong force’ in the future to (incoming South Korean President) Yoon Suk Yeol administration’s hard-line policy toward North Korea, which regards North Korea as its ‘main enemy’ and promises to be prepared with a ‘preemptive strike’ capability, “Cheong said.

Some, including Panda, suggested Kim’s statements did not show a fundamental change in stance.

“North Korea has always said it hopes to deter a war (or) invasion of its territory, but would use weapons to blunt an invading force if it had to,” Panda tweeted.

“There was no direct reference to South Korea or the United States, and even though there is a mention of nuclear force, there is no extreme expression, so it seems North Korea tried to manage the level of intensity this time,” Yang said. 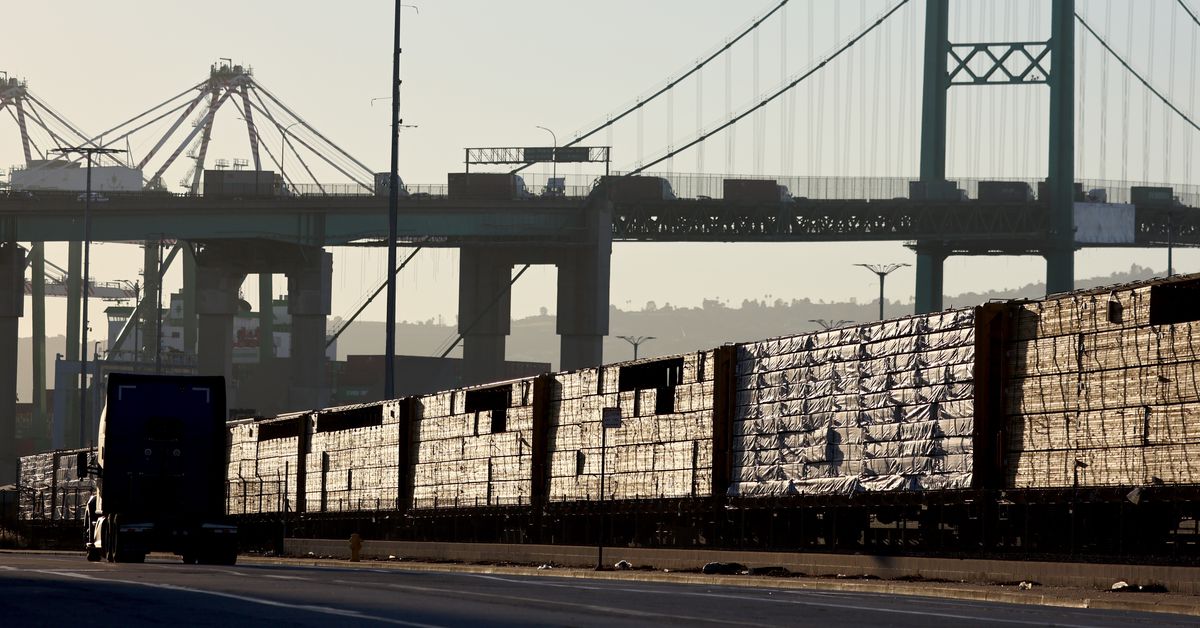 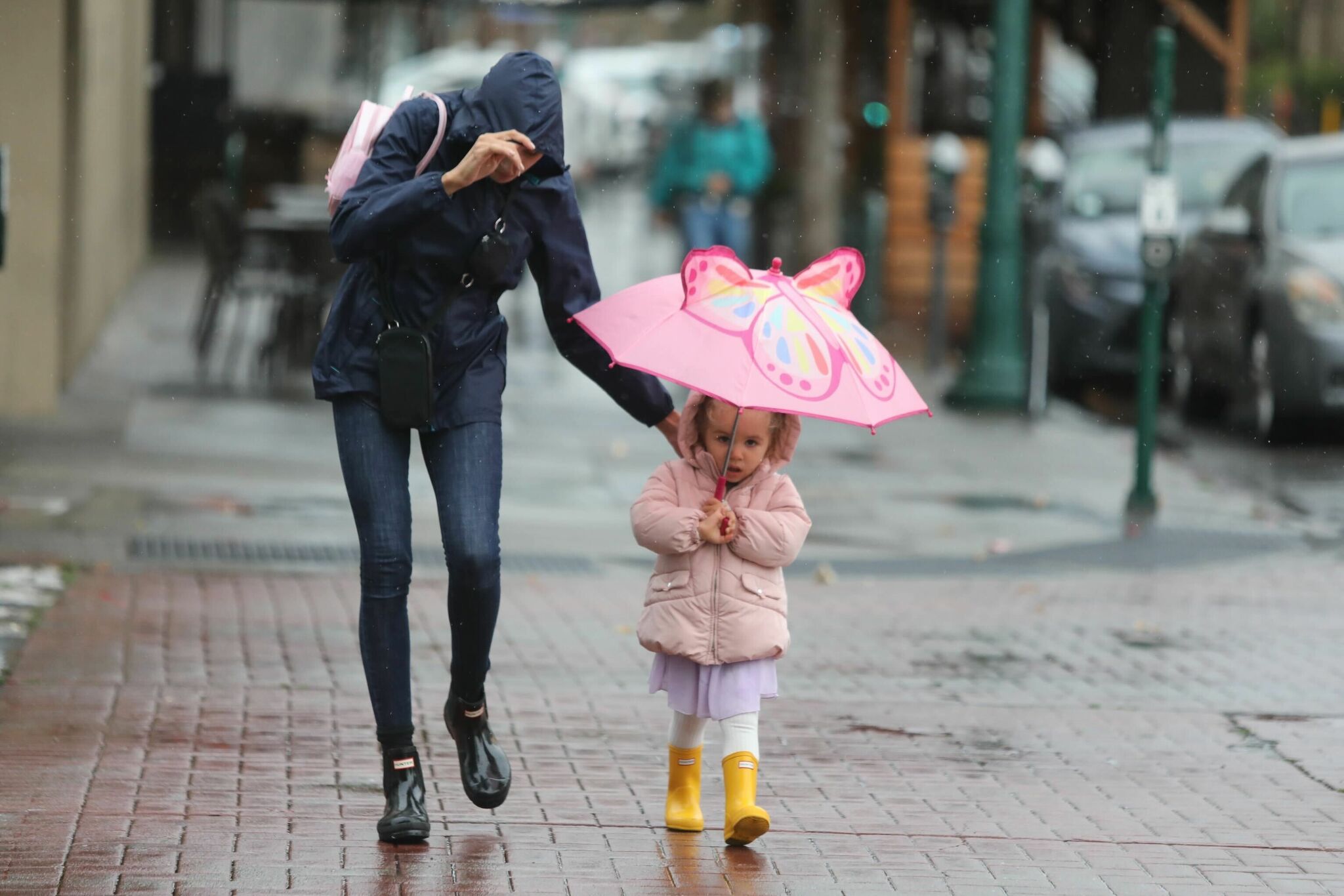 Cold front headed for Bay Area is reportedly ‘speeding up’