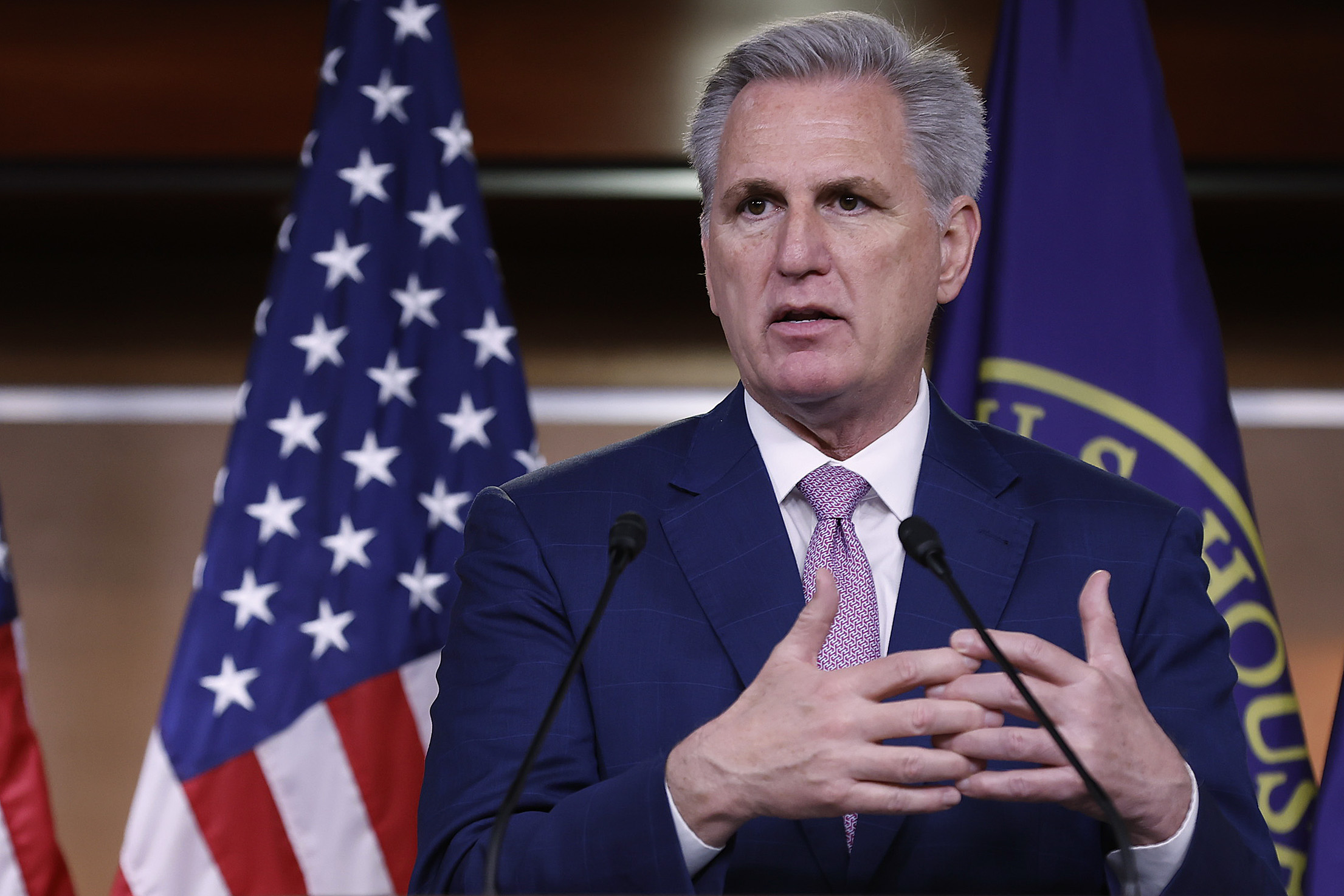 “Nobody cares about that. … Nobody but the media and journalists, ”said Rep. Tom Emmer (R-Minn.), Chair of the National Republican Congressional Committee.

“It’s a distraction that some New York Times reporters would rather report on things that Americans do not care about, instead of focusing on what’s causing the inflation, which is the reckless spending these guys are doing. Those are the issues. The tape’s not. ”

With Trump himself also seeming to revel in the power he exerted through the McCarthy-tape episode, its effect on the California Republican’s future speakership prospects is looking questionable so far. While other factors may still affect the strength of McCarthy’s hold on the gavel should his party retake the House next year, even some Trump allies who voted to block certification of President Joe Biden’s 2020 victory were undeterred.

Rep. Jim Jordan of Ohio, who’s also close to McCarthy, simply said that “I’m for Donald Trump being the next president and Kevin McCarthy being the next speaker.”

Still, not all Republicans are ready to let the episode fade. The McCarthy tapes could be easy ammunition for Republicans who want to squeeze McCarthy for concessions or for new conference members who want to make a name for themselves with the party base as ready to challenge leadership.

Rep. Andy Biggs of Arizona, who chaired the Trump-allied House Freedom Caucus until January, told the conservative One America News Network that McCarthy’s comments in the audio “undermined” colleagues who had voted to object to the election.

Biggs added to OANN that McCarthy was not “candid” with other House Republicans that a potential Trump resignation call was under consideration, and also rapped the GOP leader’s recorded observations about removing some vocal Trump acolytes from social media.

Still, few Republicans were willing to criticize their leader when they arrived back in the Capitol on Tuesday night, their first in-person gathering since the explosive New York Times report last Thursday.

Alabama Rep. Mike Rogers, the top Republican on the Armed Services Committee, argued that audio was a “nothingburger” that was taken “completely out of context.”

“They were talking about if they had the impeachment hearings, and he was impeached,” Rogers said of Trump. McCarthy, he added, was merely offering a recommendation that Trump step aside before Democrats successfully removed him from the White House.

In the early days of January 2021, at the time of McCarthy’s recorded call, some House Republicans were wagering that the Senate could vote to convict Trump.

“It’s all inside baseball. Not a single constituent brought up that issue to me, ”Rep. Rodney Davis (R-Ill.) Said of the McCarthy tape as he walked out of a meeting of senior Republicans.

“Nobody’s talking about it,” Davis added. “And frankly, I can not wait until Speaker McCarthy is sworn in.”

The Times’ initial report on McCarthy’s post-insurrection comments – followed a day later by its release of audio from a private GOP meeting – jolted the House Republican conference at a time when many of its members are eager for the Jan. 6 attack on the Capitol to retreat from view. McCarthy’s members would much prefer to focus on their efforts to retake the majority come November.

In the recording, McCarthy is heard telling then-GOP Conference Chair Liz Cheney (R-Wyo.) That he was “seriously thinking” of speaking to Trump directly about whether he should resign after the attack on the Capitol.

The California Republican also told his leadership team on the tape that Trump had personally acknowledged at least some role in goading the rioters that day (which POLITICO reported at the time, citing multiple people with knowledge of the conversation).

Trump “told me he does have some responsibility for what happened and he’d need to acknowledge that,” McCarthy said in the phone call.

Some close to Trump have suggested the former president is not angry about the audio – instead, he sees it as a sign of his power because both the Senate and House GOP leaders appeared ready to turn on him after the Capitol siege and have since softened their approach. Of course, that could change; others say Trump is known for sitting on information that he can later use to deploy against someone who has slighted him.

In Biggs’ interview with OANN, he took particular issue with Cheney’s participation in the discussion about how to respond to Trump, despite the fact that the call occurred when she would still be expected to participate as a member of GOP leadership. Serious efforts to oust her from the conference’s upper echelons did not get underway until weeks after the taped call.

“It’s incredibly undermining when we were back in the heat of that” time after the riot by Trump supporters, Biggs told the conservative outlet. “And we have a leader basically negotiating with Liz Cheney over whether he should resign or not, [which] becomes a huge trust issue for me. ”

McCarthy, notably, did not quite see Biggs’ remarks as suggesting that the recording could affect his trust in his leader.

“I do not think that’s what he said,” McCarthy said of Biggs in a brief interview Tuesday night.

“Did you ask Jim Jordan?” the minority leader added, saying that the matter did not come up in GOP meetings that afternoon.

Kevin Johnson: Court denies stay for a death row inmate whose teen daughter won’t be allowed to witness his execution, seen for today