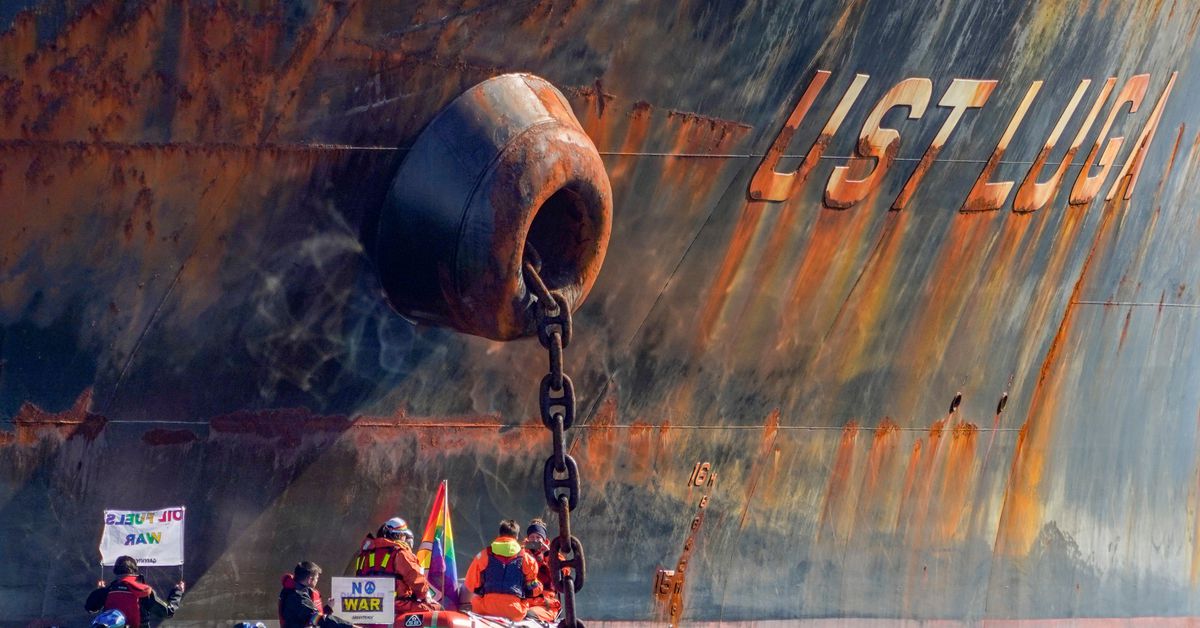 OSLO, April 25 (Reuters) – Norwegian police said they had arrested 20 Greenpeace and Extinction Rebellion campaigners who on Monday blocked a tanker from delivering Russian oil to an Exxon Mobil terminal.

In a protest against Russia’s invasion of Ukraine, activists had fastened their red rubber dinghy to the Ust Luga’s anchor chain, Greenpeace said, as they sought to prevent it offloading an estimated 95,000 tonnes of oil.

“Oil is not only at the root of the climate crisis, but also of wars and conflicts. I am shocked that Norway operates as a free port for Russian oil, which we know finances Putin’s warfare,” Greenpeace Norway head Frode Pleym said.

The group called on the Norwegian government to ban imports of Russian fossil fuels and said that Exxon Mobil’s (XOM.N) Norwegian Esso unit should cancel any contracts for such imports from Russia over its invasion of Ukraine, which Moscow describes as a “special military operation”.

Norwegian police later said all the activists had been removed from the area.

Esso Norway had agreed to buy the oil before the conflict started and does not have plans for further purchases from Russia, a company spokesperson told Reuters.

“Esso Norway fully complies with all Norwegian sanctions and we support the coordinated international efforts to end Russia’s unprovoked attack,” Esso said in an emailed statement.

The tanker’s cargo is used for the blending of marine gasoil for the shipping industry, the company added.