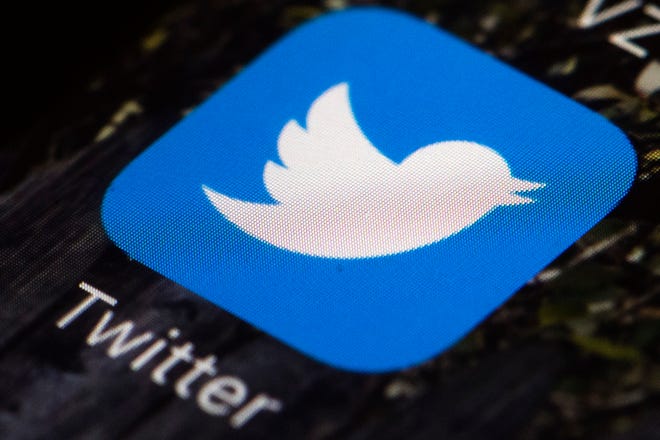 “Twitter needs to be transformed as a private company,” Musk said in a filing Thursday with the Securities and Exchange Commission. Twitter has extraordinary potential. I will unlock it. ”

Musk is one of Twitter’s power users with more than 80 million followers on the social media platform. He’s also been one of the company’s biggest critics.

In a letter accompanying his offer, Musk a self-described “free speech absolutist,” hinted he would return Twitter to its roots as “the free speech wing of the free speech party.”

“I invested in Twitter as I believe in its potential to be the platform for free speech around the globe, and I believe free speech is a societal imperative for a functioning democracy,” he wrote.

Twitter said its board of directors would review the proposal.

Musk, Twitter’s largest shareholder, launched a takeover bid for the social media company Thursday, offering to buy it for $ 54.20 a share and take it private.

But hours after he made the $ 43 billion takeover offer, Musk said he was not sure he would be able to buy Twitter after all. Musk made the comments at the TED2022 conference in Vancouver.

Asked if there is a “Plan B” if his offer is rejected, Musk said “there is” but declined to elaborate.

A regulatory filing on April 4 revealed that Musk bought a 9.2% stake in Twitter. The following day, Twitter said Musk would join its board of directors. He later turned down that offer.

Musk’s offer is a 54% premium over the day he began investing in Twitter in January and would value the company at about $ 43 billion. He said Thursday’s offer is his “best and final offer.”

The Wall Street Journal reported Thursday that Twitter’s board of directors is considering a “poison pill” that would prevent Musk from increasing his stake beyond 15% “or so.”

With the board considering roadblocks to Musk’s offer, he was asked on Twitter if the board rejects his takeover, would that be acting in direct opposition to the financial interests of their shareholders?

“It would be utterly indefensible not to put this offer to a shareholder vote,” Musk replied. “They own the company, not the board of directors.”

Later Musk tweeted: “If the current Twitter board takes actions contrary to shareholder interests, they would be breaching their fiduciary duty. The liability they would thereby assume would be titanic in scale. “

He also tweeted a yes or no poll: “Taking Twitter private at $ 54.20 should be up to shareholders, not the board.”

Leave it to fellow straight-shooting billionaire Mark Cuban to sum up his thoughts on Musk’s quest to buy Twitter.

The tech entrepreneur, the owner of the NBA’s Dallas Mavericks and co-star of TV’s Shark Tank, went on a multi-hour Twitter rant / opine about Musk just moments after the Tesla CEO announced he filed with the Securities Exchange Commission to buy the underperforming (according to financial analysts) but influential social network.

Cuban believes that Musk, Twitter’s largest shareholder, is opening a Pandora’s Box, tweeting that “Every major tech company” including Google and Facebook, is on the phone with their antitrust lawyers asking if they could buy Twitter and get it approved.

“And Twitter is on the phone with their lawyers asking which can be their white knight,” Cuban tweeted. “Gonna be interesting.”

Cuban also said a potential Twitter sale will not be limited to tech types as filthy-rich foreign investors may also be interested in the global and cultural cache Twitter provides.

But he also thinks that Twitter “will do everything possible not to sell the company” and that the company will “try to get a friendly” investor they prefer “to come in and buy Elon’s shares and get him out.”

Cuban concludes that Musk is “f —— with the SEC,” as Musk’s filing increases Twitter’s share price, “His shares get sold. Profit SEC like WTF just happened. ”

“I do not believe that the proposed offer by @elonmusk ($ 54.20) comes close to the intrinsic value of @Twitter given its growth prospects,” he tweeted. “Being one of the largest & long-term shareholders of Twitter, @Kingdom_KHC & I reject this offer. ”

“Interesting. Just two questions, if I may, “he wrote.” How much of Twitter does the Kingdom own, directly & indirectly? What are the Kingdom’s views on journalistic freedom of speech? ”

So, with all of the melodrama surrounding Elon Musk’s pursuit of Twitter, just how much stock of the social media platform does the Tesla CEO own?

Musk’s 9.2% stake in Twitter comes out to about 73.5 million shares, according to Wedbush Securities analyst Dan Ives.

Twitter’s largest shareholder, Musk shook up the tech industry on Thursday by offering to buy it for $ 54.20 a share and take it private. That estimate comes out to about $ 43 billion, far higher than Twitter’s current market value of about $ 34 billion.

After a spike for most of the day, Twitter shares closed down at 1.68% but as high as 4% during market after hours on Thursday. Meanwhile, Tesla’s stock dove more than 3.6% following Musk’s announcement.

Twitter was expected to hold an all-hands meeting Thursday where Musk will surely be the main topic of discussion.

What Elon Musk said about Twitter at TED20in Vancouver

Musk on Thursday made his first public statement at the TED2022 conference in Vancouver, Canada since disclosing his takeover offer for Twitter.

On why he wants to buy Twitter: “It’s very important for there to be an inclusive arena for free speech. Twitter has become the de facto town square so it’s just really important that people have the reality and the perception that they are able to speak freely within the bounds of the law. ”

On why Twitter matters: “It’s important to the function of democracy. It’s important for the function of the United States of us as a free country and many other countries and to actually help freedom in the world more broadly than the US. So I think the civilizational risk has decreased the more we can increase the trust of Twitter as a public platform.

On why his takeover attempt is not about the money: “My strong intuitive sense is that having a public platform that is maximally trusted and broadly inclusive is extremely important to the future of civilization. I do not care about the economics at all.”

On how he would make tough moderation calls: “If it’s a gray area, I would say let the tweet exist.”

On making Twitter more transparent: “In my view, Twitter should match the laws of the country and really there is an obligation to do that. Going beyond that, and having it be unclear who’s making what changes to where, having tweets mysteriously be promoted and demoted with no insight into what’s going on, having a black box algorithm promote some things and not other things, I think this can be quite dangerous. ”

On whether Twitter should ban users: “I do think we want to be very reluctant to delete things, and just be very cautious with permanent bans. Timeouts, I think, are better than permanent bans. “

On a top priority if he buys Twitter: “Eliminating the spam and scam bots and the bot armies that are on Twitter. They make the product much worse. If I had a doge coin for every crypto scam I saw, I would have 100 billion doge coins. ”

On whether he will be able to buy Twitter: “I am not sure I will actually be able to acquire it.”

Hours after Elon Musk’s bombshell tweet saying he wants to take over Twitter, CEO Parag Agrawal tried to ease his employees’ concerns apparently without much luck, according to multiple reports.

“I do not believe we are being held hostage,” Agrawal told employees during an emergency all-hands meeting Thursday, according to the New York Times.

The newspaper also reported that many Twitter workers believed the nearly 30-minute question and answer session lacked substance. Agrawal was legally not allowed to provide details.

The Twitter chief encouraged employees to look beyond the chaos surrounding the social network.

“This provides all of us with this moment where we feel distracted, where we feel a loss of control. I am personally going to spend my time focusing on things I can control, and I believe it will matter, ”Agrawal said.

Agrawal, who took over as CEO for Jack Dorsey in November, did not say when Twitter’s board would have an answer to Musk’s $ 43 billion offer or which way the board was leaning, frustrating many employees seeking more details during the Q&A, the Verge reported .

Agrawal said the board would follow a “rigorous process,” the tech news site also reported.

During the Q&A, one Twitter employee asked how the company decided to offer Musk a board seat, according to Reuters.

“Are we just going to start inviting any and all billionaires to the board?” Reuters reported. Agrawal said the company will act in the best interest of shareholders.

“I have a strong point of view that people who are critical of our service, their voice is something that we must emphasize so that we can learn and get better,” he said.

Is Elon Musk a Republican?

What are Elon Musk’s politics? No one really knows. But conservatives have claimed him as one of their own.

The billionaire Tesla CEO has sided with critics of mainstream social media who accuse Facebook, Twitter and Google of anti-conservative bias.

Conservative commentator Dinesh D’Souza began lobbying Musk to buy Twitter in January. He even floated the idea of ​​Musk taking over Twitter and then censoring liberals to teach them a lesson on “the imperative of free speech.”

Soon Musk was buying up shares of Twitter and being egged on by other conservative figures.

On news that Musk had made a bid for Twitter, conservative commentator Brent Bozell, founder and president of the Media Research Center, tweeted Thursday: “Free at last. Free at last. Conservatives may be free at last! ” 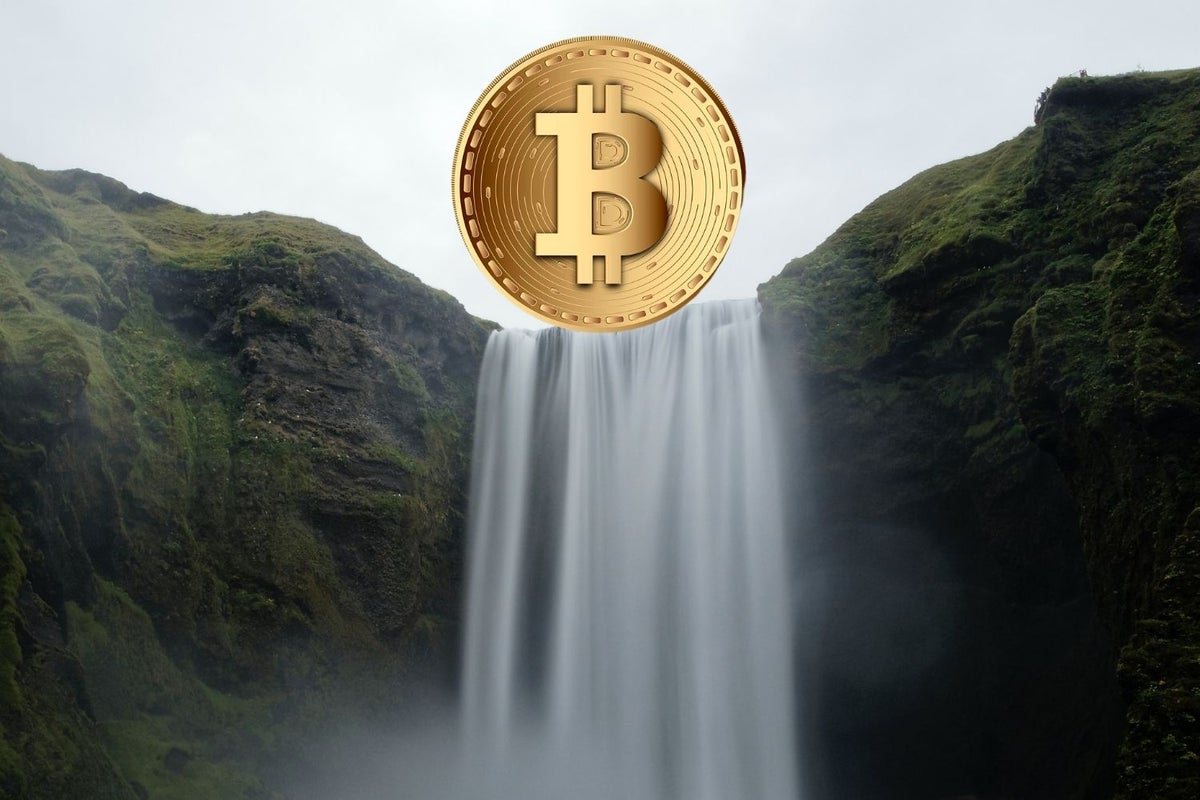