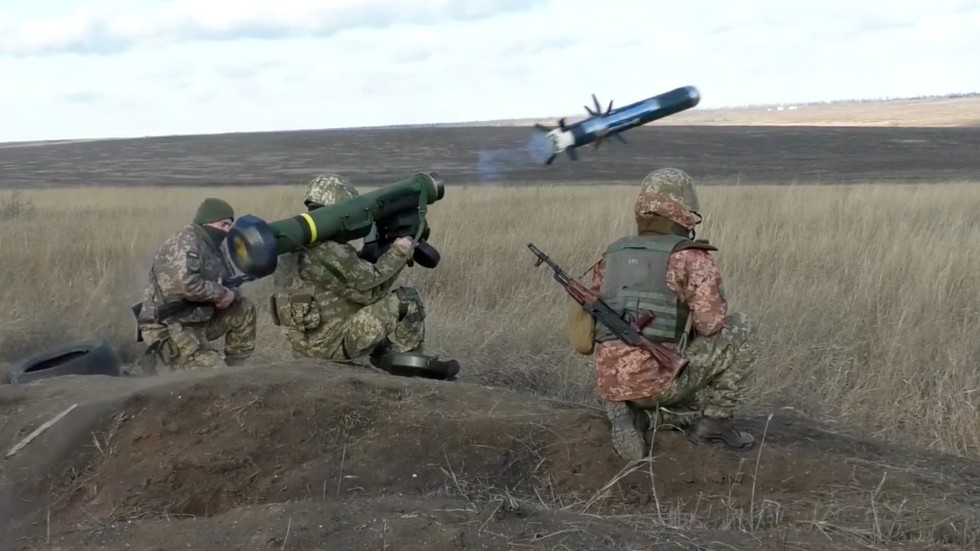 Biden administration officials hawkish on arming Ukraine with more advanced and deadly weaponry are making inroads to shift a White House policy that has come under criticism for being too slow and cautious in its decisionmaking.

President Biden’s announcement this week of an additional $ 800 million in military assistance included for the first time advanced ammunition that Ukraine had requested.

While the package still fell short of the specific requests made by Ukraine, it also represented a real shift.

Charles Kupchan, a senior fellow at the Council on Foreign Relations, said the recent package of military assistance is a “significant change” and is a sign that the administration and US allies “have consistently turned up the heat” against Russia.

“Are there still red lines? Yes, ”he added, but said the US has walked right up to those lines without crossing them.

Zelensky spoke Wednesday with Biden for nearly an hour ahead of the announcement of the weapons package. He’s previously posted on Twitter demands for specific military hardware, including fighter jets, tanks and multiple rocket launch systems.

The campaign, which Zelensky tagged as “#ArmUkraine” was an effort to get the US and Western allies to speed up deliveries and fulfill specific demands for critical weapons systems as Russian forces retreating, regrouping and resupplying offer a brief reprieve.

“The weapons coming to Ukraine are very slow, we desperately need them. That’s why President [Zelensky] made this campaign public, ”Oleksiy Goncharenko, a Ukrainian member of parliament, told The Hill.

Outside analysts and people familiar with the administration’s reasoning say a combination of caution and concerns over logistics has kept the US from fulfilling Zelensky’s wish list.

The package, for example, does not include war plans that Zelensky in his video appeal described as a “must have” to “save millions of Ukrainians as well as millions of Europeans.”

It also will take about four weeks for the US to deliver all of the military assistance included in the $ 800 million package, a senior defense official told reporters on Thursday.

“They’re still saying no to the MiGs and the Sukhoi bombers, those MiGs and Sukhoi bombers would be very handy dealing with Russian tanks and armored personnel carriers on open ground,” Herbst said.

White House press secretary Jen Psaki said on Wednesday that the administration still has “concerns” about the delivery of MiGs from Poland to Ukraine, referring to earlier assessments by the Pentagon that such a move could trigger Putin to escalate a conflict with NATO.

“That assessment has not changed,” Psaki said.

One outside analyst with insight into the administration’s thinking credited Secretary of State Antony Blinken for being forward-leaning on sending more advanced weapons to Ukraine.

The analyst, who requested anonymity to speak candidly, pointed to Blinken’s support for the MiG transfer. Blinken on March 6 said the US had given the “green light” to Poland. The vow was walked back by the White House the next day.

“The policy is being run by the National Security Council and we know that Blinken’s instincts are very different, and we saw that on the MiG issue,” the analyst said.

US officials publicly suggested that changes in the war are changing the types of US support.

“The nature of the conflict is changing… and so it would stand to reason that the precise forms of support will adapt to that changing reality,” State Department spokesperson Ned Price said in a briefing on Wednesday.

Russia is believed to be regrouping its forces for a more concentrated offensive on the eastern and southern regions of the country.

Price, at the State Department on Wednesday, said the $ 800 million weapons transfer to Ukraine came following a direct appeal from Ukrainian Foreign Minister Dmytro Kuleba to Blinken asking for “weapons, arms and weapons.”

William Taylor, director of the Russia and Europe program at the US Institute of Peace, said the growing evidence of atrocities against civilians, and Biden’s charge of Russia committing genocide, has shifted the administration to be more aggressive in its assistance.

“I do not sense that hesitation any longer,” Taylor said.

“I’m talking to people in the Pentagon who are going full out trying to help” escalate the transfer of weapons, including from the US but also from NATO allies like the Czech Republic and Slovakia, which, respectively, have provided Ukraine with T -72 tanks and S300 missile defense system that Zelensky has requested.

“The bureaucracy is working this, I think, genuinely full out, and there are things that need to be in Ukrainian hands, like, tomorrow, in order to disrupt and defend against this big offensive that the Russians are apparently planning and they could start any day, ”he said.

The effort is also getting support from key allies such as Great Britain, which has been particularly hawkish.

“There is a window of opportunity,” James Cleverly, British Foreign Secretary for Europe and North America, said of the need to increase the delivery of military assistance to Ukraine.

“We’re providing the Ukrainians with the systems they need to properly defend their homeland and we are looking to do that whilst the Russians are kind of doing this repositioning,” he said during an interview in Washington this week.

Morgan Chalfant contributed to this story.