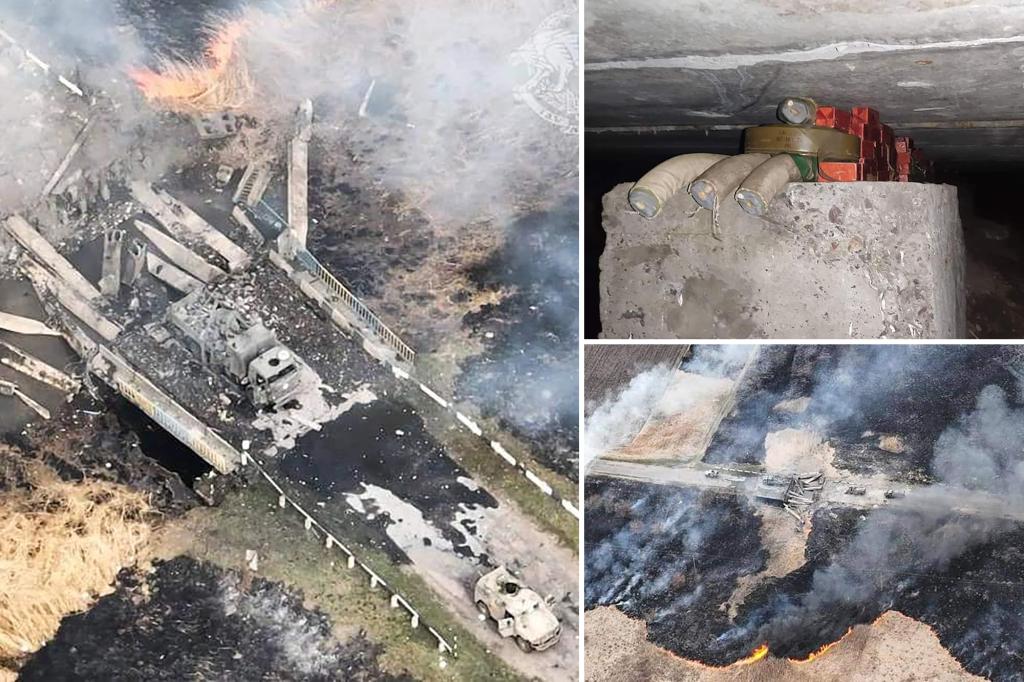 The Ukrainian military posted dramatic images Thursday of what it claims was a bridge its special forces blew up in an ambush of a Russian armored convoy.

The Ukrainian armed forces said Russian Tigr, Kamaz and Ural military vehicles were traveling over the bridge as they headed from Kharkiv to Izyum earlier this week when the span was blown up.

“Placing the explosive in a specific place, operators of the Special Operations Forces waited for the enemy, who, without suspecting anything, was driving towards death,” the military said in the Facebook post.

“The undermining of the bridge along with Russian technology was carried out according to the defined plan, destroying the entire enemy column,” the General Staff added.

The post contained several photos that the military said had been captured by a drone showing the wreckage of the obliterated bridge, with smoke billowing from the charred terrain – as well as an image of explosives planted under the bridge before they were detonated.

The images were posted amid reports that Russia also suffered a major setback when a warship was badly damaged in an explosion.

Ukraine claimed it struck the 610-foot missile cruiser Moskva – the flagship of Russia’s Black Sea fleet – with two Neptune missiles, though Moscow blamed the explosion on a fire that detonated ammunition on the ship.

The ship gained notoriety when Ukrainian troops under attack told it to “go f—- yourself.”

Later Thursday, Russia’s Defense Ministry said sailors had contained the fire and that measures were being taken to tow the Moscow back to port, Reuters reported.