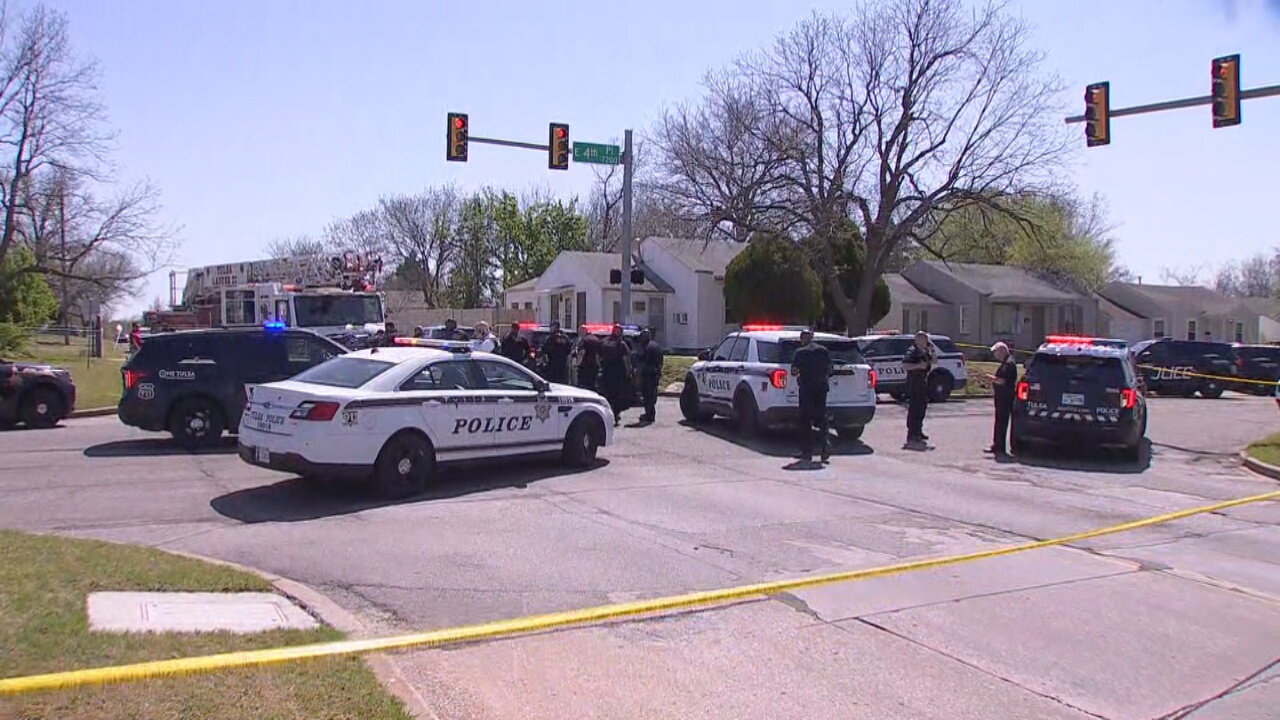 Editor’s Note: Tulsa Police say the suspect is in custody after a four-hour standoff on Wednesday. One shot was fired by police at the suspect as he entered a doorway, which hit the suspect in the shoulder, police said. The hostage was found dead in the home, according to police.

Tulsa Police, Tulsa Fire, and EMSA are on the scene of a shooting incident and hostage situation near Admiral and Sheridan in Tulsa.

Police say this all started when police got a call about a man banging on doors saying he had been shot at least three times. When officers arrived the man told them another man in a nearby house had shot him when he went to go check on his sister. Officers and firefighters went to that house but police say a suspect inside opened fire. Those shots hit a fire truck and one of the bullets ricocheted hitting a police officer in the hand. Firefighters say they scooped up a little boy and put him in the truck when shots were fired. That child told officers that a woman was either shot or stabbed inside the home, but police have been unable to talk to her or get inside.

Police say that suspect is believed to be barricaded inside with the woman and another child.

This is a developing story …