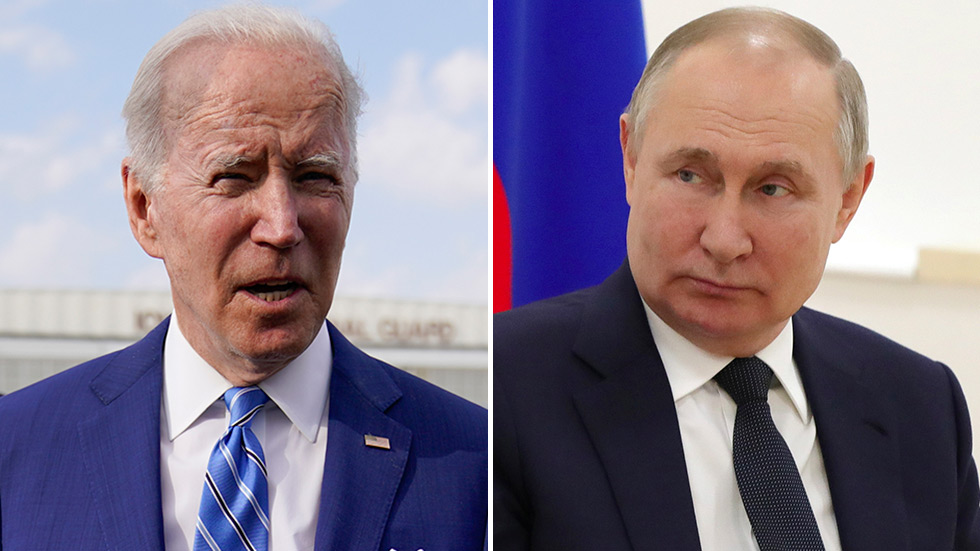 President Biden is escalating the pressure on Vladimir Putin, targeting the Russian leader, his family and his inner circle with words and actions.

The Biden administration has sanctioned Putin himself, his daughters and several of his personal friends and top aides in a bid to squeeze the Russian leader over his country’s invasion of Ukraine.

Biden also has stepped up his rhetoric with Putin, calling him a war criminal, saying he cannot remain in power and most recently describing his actions as genocide on Tuesday.

The tough rhetoric has included some unscripted moments – such as when Biden during a speech in Warsaw, Poland, advocated for an end to Putin’s power in Russia. The White House was quickly forced to walk back those comments, and Biden, back on American soil days later, said he hadn’t been pushing for a change in US policy.

French President Emmanuel Macron in an interview with broadcaster France 2 refused to use the term “genocide” when referring to Russia’s war on Ukraine.

“I want to continue to try, as much as I can, to stop this war and rebuild peace. I am not sure that an escalation of rhetoric serves that cause, ”Macron said.

Biden has shown little sign of worry over any of his tough comments, which analysts beyond Macron have at times criticized as potentially cornering Putin.

During a Tuesday speech in Iowa, Biden bemoaned that Americans should not feel the hit on their wallets because “a dictator declares war and commits genocide a half a world away.”

It marked the first time Biden or any US official had publicly referred to Putin’s invasion of Ukraine and the resulting atrocities as genocide.

Biden later made clear that the remark was no slip of the tongue and a reflection of his outrage at Putin’s actions, though he indicated a formal determination of genocide had not been made by the US government.

White House press secretary Jen Psaki said at a Wednesday briefing that Biden would allow the necessary legal process around a possible genocide play out but that he was basing his comments on emerging reporting and intelligence about what is going on in Ukraine.

Psaki pointed to the atrocities reported in Bucha, the bombing of a train station in Mariupol that left dozens of civilians dead and a United Nations report that there have been at least 4,450 civilian casualties since Russia launched its invasion in mid-February.

“We’ve also seen, I think from the beginning of this, Kremlin rhetoric and Russian media deny the identity of the Ukrainian people,” Psaki said. “So the president was speaking to what we all see, what he feels is clear as day in terms of the atrocities happening on the ground.”

Evelyn Farkas, the top defense official for Russia, Ukraine and Eurasia during the Obama administration, said Biden is likely getting more information than is public – from Ukraine and US intelligence – that is leading to some of his most vociferous comments.

“The president has every right and should use his pulpit to make the assessments that he deems accurate politically and geopolitically,” she said.

But Biden’s rhetoric has triggered some criticism.

“I worry that the comments further reduce whatever prospects for diplomacy may exist,” Michael O’Hanlon, a senior fellow at the Brookings Institution, said of the genocide comments.

Plus I fear this administration, like the last, is misusing the term genocide – applying it for example to China’s treatment of the Uyghurs as well. It cheapens the term and confuses mass killing – already bad enough – with the effort to exterminate a people systematically, ”he said.

Psaki said Wednesday that the US would always support peace talks and dismissed the notion that Putin would decide against participating in peace talks “because of some words that came out of the mouth of the president of the United States.”

Farkas argued that there is not a downside to Biden’s tough rhetoric on Putin, noting that the US needs to help Ukraine defeat Russia militarily in order to end the war.

“If I were Joe Biden, I would never want to shake Vladimir Putin’s hand again,” she said.

She also said that Biden’s criticism of Putin can help unite allies and Americans in support of Ukraine.

Indeed, a Quinnipiac University poll released on Wednesday found that more than 8 in 10 Americans believe Putin is a war criminal.

The Kremlin fired back on Wednesday, calling the comment unacceptable and accusing Biden of hypocrisy.

White House officials have blamed Putin for rising gas prices domestically, arguing the Russian leader is the one responsible for instability in oil markets and resulting cost increases.

And the administration has sanctioned not just Putin but those closest to him. The administration last week announced it would freeze the assets of two of Putin’s adult daughters, Maria Putina and Katerina Tikhonova.

Previous sanctions have targeted Russian oligarchs and Kremlin officials who are allies and members of Putin’s inner circle as the US attempts to increase pressure on him directly and turn public opinion against him among Russia’s elite.

In another potential blow to Putin personally, Ukraine on Tuesday announced the capture of Viktor Medvedchuk, a close ally and friend of Putin’s, and posted a photo of him looking disheveled. Medvedchuk previously led a pro-Moscow political movement in Ukraine.

Meanwhile, Ukrainian President Volodymyr Zelensky, with whom Biden spoke on Tuesday, praised the American’s declaration that Russian attacks were “genocide,” saying it was evidence of true leadership.

White House officials have knocked down talk of regime change or ending the conflict by removing Putin from power, distancing himself from Sen. Lindsey Graham’s (RS.C.) suggestion that Putin be assassinated and arguing Biden’s comments in Poland came from a place of moral outrage.

Instead, its focus has been on punishing Putin and making Russia a global pariah.

“I do not want an exit ramp for Vladimir Putin. I do not think that’s our concern, ”White House Chief of Staff Ron Klain told NBC’s Chuck Todd this week. “Our concern is punishing the Russian aggression and defending the rights of the Ukrainians to have the kind of future they deserve.”