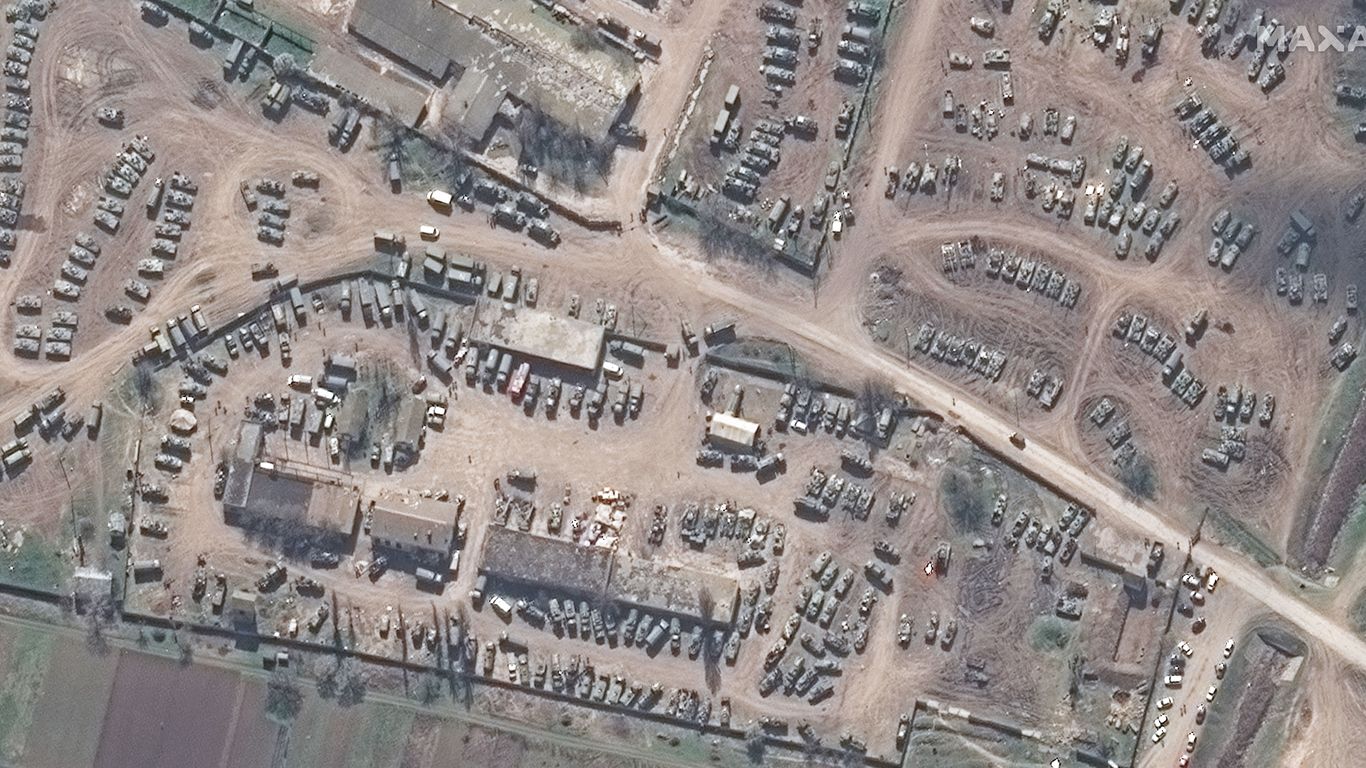 Two probable Russian military resupply and maintenance bases have been established in southern Ukraine and Crimea, Maxar satellite images show, and probably are being used to help reinforce and resupply operations in and near Mariupol.

Why it matters: Russian ground forces continue moving into eastern Ukraine, where the stage is being set for a massive offensive in the Donbas region, Maxar says in a note to reporters.

The big picture: Other images captured by Maxar recently showed a Russian convoy moving south through the eastern town of Velykyi Burluk toward the Donbas region.

The United Nations Human Rights Council, from which Russia was suspended last week, estimates that at least 1,892 civilians have been killed and 2,558 injured so far during Russia’s invasion.