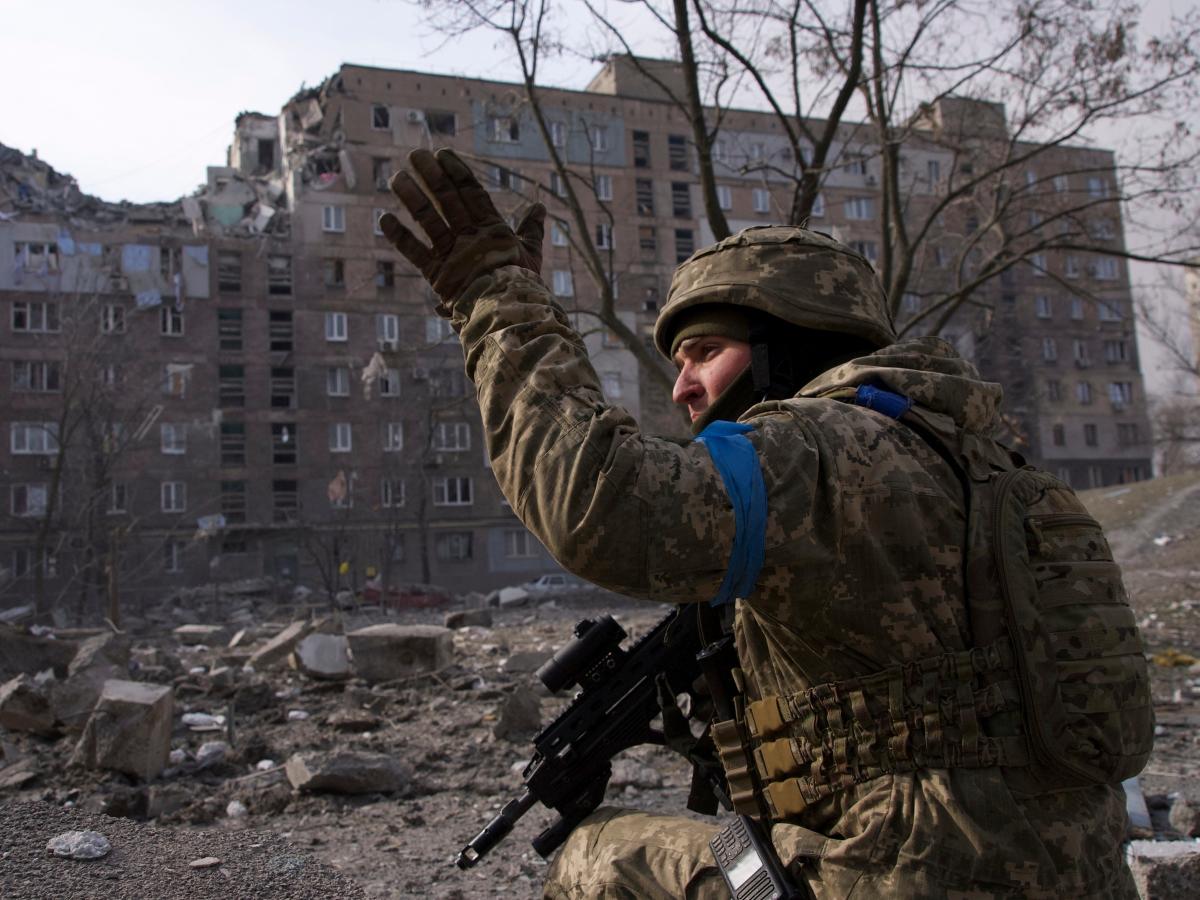 A 27-year-old British man from Newark-on-Trent who had been fighting for Ukraine was forced to surrender to Russian forces in the city of Mariupol after running out of food and ammunition, according to media reports.

The account is currently being run by a friend of Aslin’s while he’s been in Ukraine, The Guardian reported.

“It’s been 48 days, we tried our best to defend Mariupol, but we have no choice but to surrender to Russian forces,” Aslin’s account tweeted on Tuesdayrelaying a message from the fighter. “We have no food and no ammunition. It’s been a pleasure, everyone. I hope this war ends soon.”

Aslin’s mother told BBC’s Emma Vardy that he and his unit had “put up one hell of a fight” and that Aslin had called her to say they “had no weapons left.”

A later tweet from Aslin’s account rejected the notion that Aslin is a mercenarysaying he had joined the Ukrainian military as a “totally legal combatant.”

“Mercenary, a word idiots try to attach to him, has a defined legal meaning,” the account wrote. It cited the Geneva Convention’s definition, which lists one of the criteria for identifying mercenaries as “not a member of the armed forces of a Party to the conflict.”

According to Russian state media TASS, Russia has declared that foreign mercenaries fighting in Ukraine would not be treated as prisoners of war under international law. “At best, they can expect to be prosecuted as criminals,” Russian Defense Ministry spokesman Igor Konashenkov said, per TASS.

Aslin previously fought alongside US-backed Kurdish YPG units in Syria against the Islamic State from 2015 to 2017, per The Guardian.

Mariupol, in Ukraine’s south, has been under siege for more than 40 days, with much of the city having fallen into the hands of Russian-backed separatists or Kremlin forces. Mayor Vadym Boychenko estimated that 90% of the city’s infrastructure had been destroyed and that at least 10,000 civilians died due to the fighting.