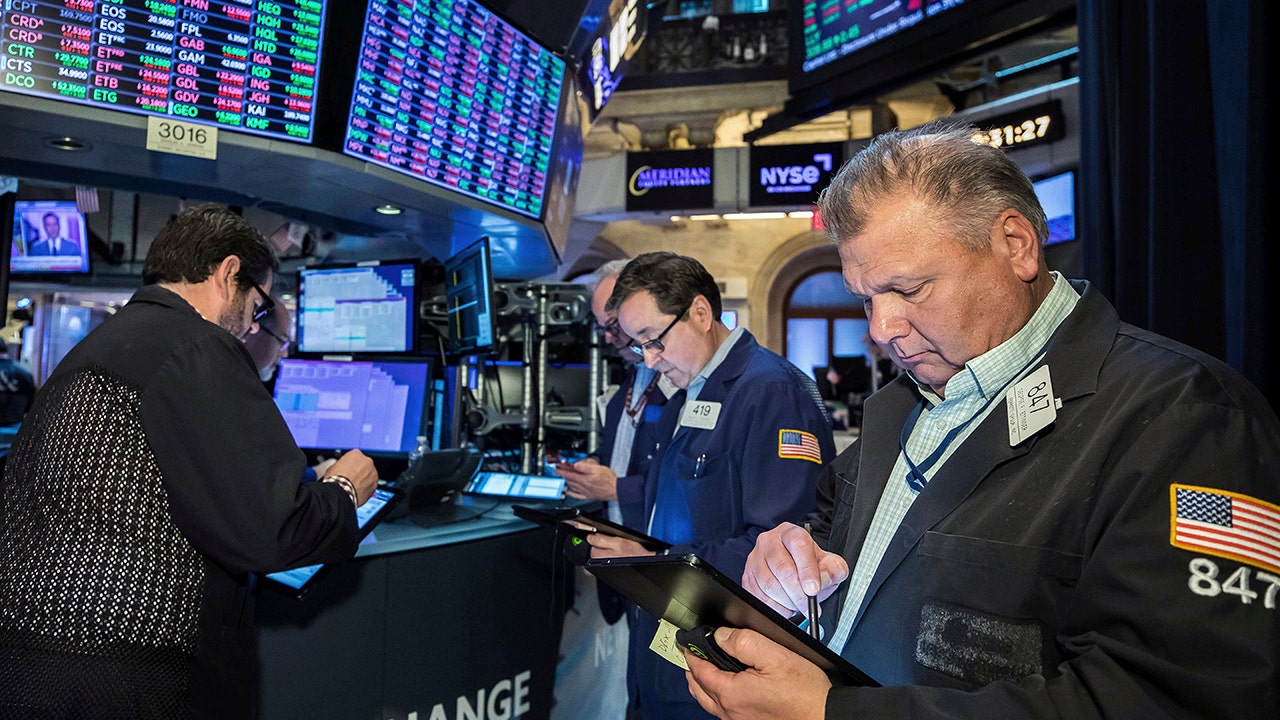 US stocks were choppy, moving between negative and positive territory early Tuesday as investors grew anxious over a new COVID-19 outbreak in China, the war in Ukraine and Federal Reserve plans to tighten monetary policy.

A RECESSION SHOCK IS COMING TO US: BOFA

Many tech stocks are valued based on expectations of growth far into the future and so are especially sensitive to rising rates. As tech stocks continued to come under pressure Monday, the S&P 500’s heavily-weighted technology sector lost 2.6% for the day.

China’s lockdowns in Shanghai and other industrial centers are starting to exert a drag on the country’s economy. Auto sales have slumped, consumer prices have risen and economists have lowered growth forecasts. Restrictions to contain the spread of the Omicron variant have resulted in factory shutdowns, further stressing snarled global supply chains.

“Worries linger about the COVID-19 situation,” said Anderson Alves of ActivTrades in a report. “Markets are eyeing the situation in Ukraine for signs that could trigger further risk-off price action.”

Later Tuesday, the Labor Department was due to report March consumer prices.

Investors worry inflation might be strong enough to encourage consumers to cut spending, which would likely mean a sharper slowdown in economic growth than expected.

Investors are anticipating a more aggressive shift from the Federal Reserve as it tries to rein in rising inflation. The central bank has already announced a quarter-percentage point raise of its key interest rate.

LIQUIDITY EXPLAINED: WHAT TO KNOW

Fed officials indicated in minutes from last month’s meeting they were considering raising the US benchmark rate by double the normal amount at upcoming meetings. They also indicated they would shrink the Fed’s bond holdings, which would push up long-term borrowing rates.

Oil prices have fallen back Tuesday, April 12, 2022, on expectations of weaker Chinese demand after most businesses in Shanghai were shut down and controls imposed on other industrial centers to contain coronavirus outbreaks. (David L. Nemec / New York Stock Exchange via AP / Associated Press)

The Shanghai Composite Index gained 1.5% to 3,213.33 after authorities announced they would ease anti-coronavirus controls that shut down most businesses in China’s most populous city and disrupted manufacturing.

ELON MUSK DECLINES TO JOIN TWITTER BOARD OF DIRECTORS

Oil prices have fallen back on expectations of weaker Chinese demand after most businesses in Shanghai were shut down and controls imposed on other industrial centers to contain coronavirus outbreaks. Prices spiked above $ 130 per barrel last month on anxiety about possible disruption in Russian supplies.

Automakers and other manufacturers in China are reducing production after authorities tightened restrictions to help stem coronavirus outbreaks in Shanghai and other cities.