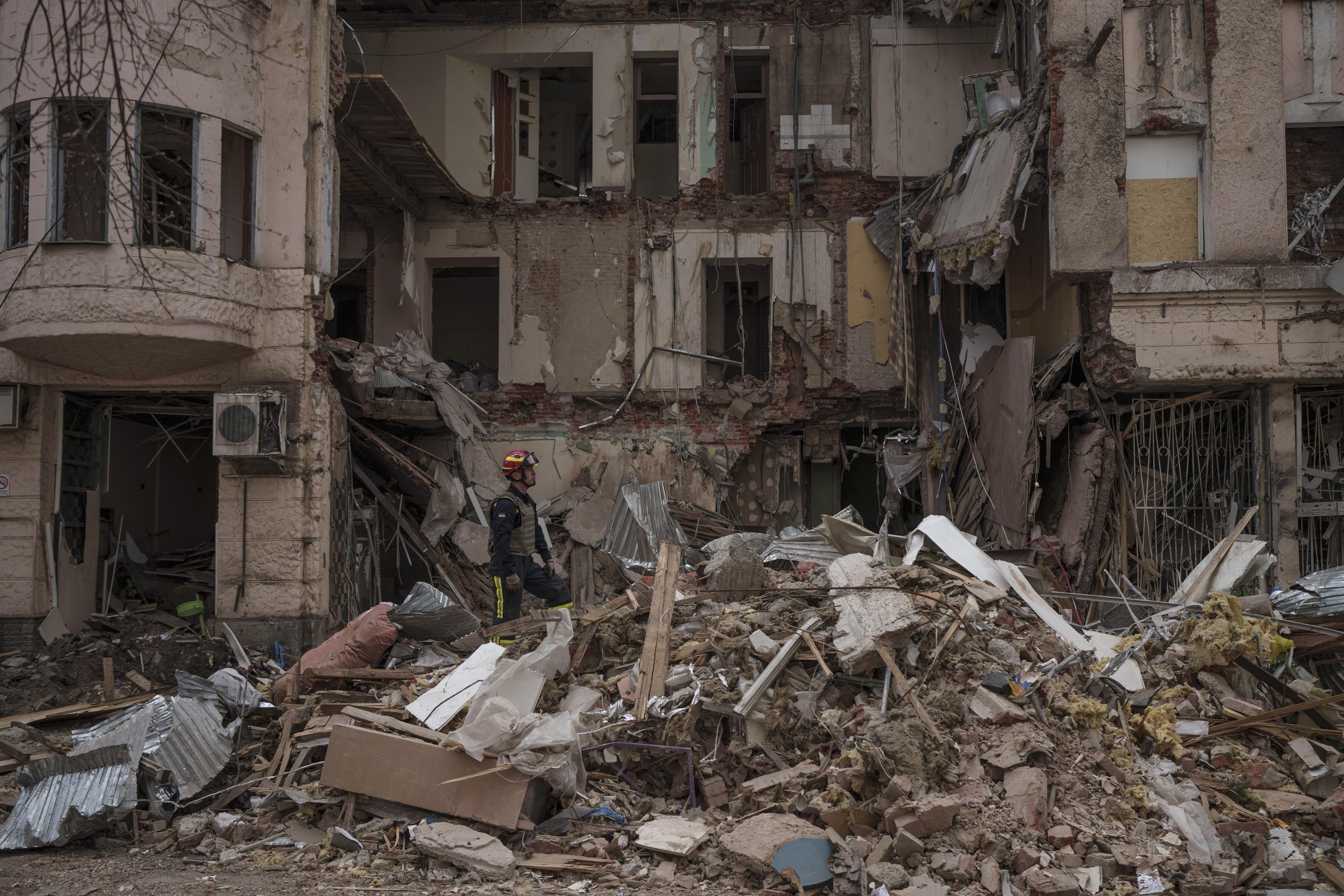 KYIV, Ukraine (AP) – Ukraine investigated a claim that a poisonous substance was dropped on besieged Mariupol, as Western officials warned Tuesday that any use of chemical weapons by Russia would be a serious escalation of the already devastating war.

Thwarted in his apparent ambition to overrun the Ukrainian capital, Russian President Vladimir Putin is now building up forces for a new offensive in the eastern Donbas region, and insisted Tuesday that his campaign would continue until it achieves its goals. He said Russia “had no other choice” but to launch what he calls a “special military operation,” saying it was to protect civilians in the predominantly Russian-speaking Donbas.

As Ukrainian forces brace for a new attack, Deputy Defense Minister Hanna Maliar said it was possible phosphorus munitions – which cause horrendous burns but are not classified as chemical weapons – had been used in Mariupol. That city lies in the Donbas and has been razed in six weeks of pummeling by Russian troops that the mayor said has left more than 10,000 civilians deadtheir corpses “carpeted through the streets.”

Ukrainian President Volodymyr Zelenskyy said Monday night that Russian forces could use chemical weapons in the city, echoing similar, repeated warnings by Western officials. And leaders inside and outside of the country said they were urgently investigating the unconfirmed claim by a Ukrainian regiment that a poisonous substance was dropped on fighters in Mariupol.

British Foreign Secretary Liz Truss said use of chemical weapons “would be a callous escalation in this conflict,” while Australian Foreign Minister Marise Payne said it would be a “wholesale breach of international law.”

In the face of stiff resistance by Ukrainian forces bolstered by Western weapons, Russian forces have increasingly relied on bombing cities, flattening many urban areas and leaving thousands of people dead. In other areas, they have pulled back to regroup.

Their retreat from cities and towns around the capital, Kyiv, led to the discovery of large numbers of apparently massacred civiliansprompting widespread condemnation and accusations that Russia is committing war crimes in Ukraine.

The war has also driven more than 10 million Ukrainians from their homes – including nearly two-thirds of all children.

Still, there are fears of even wider carnage to come, amid signs the Russian military is gearing up for a major offensive in the Donbas. A senior US defense official on Monday described a long Russian convoy rolling toward the eastern city of Izyum with artillery, aviation and infantry support.

Putin insisted during a visit to Russia’s Far East that the military operation would prevail, and that foreign powers would not succeed in isolating Russia.

He said that Russia’s economy and financial system withstood the blow from what he called the Western sanctions “blitz” and claimed they would backfire by driving up prices for essentials such as fertilizer, leading to food shortages and increasing migration flows to the West.

The Donbas has been torn by fighting between Russian-allied separatists and Ukrainian forces since 2014, and Russia has recognized the separatists’ claims of independence. Military strategists say Russian leaders appear to hope local support, logistics and terrain in the region favor Russia’s larger and better-armed military, potentially allowing its troops to finally turn the tide decisively in their favor.

Describing a battle happening around a steel mill in Mariupol, a Russia-allied separatist official appeared to urge the use of chemical weapons Monday, telling Russian state TV that separatist forces should seize the plant from Ukrainian forces by first blocking all the exits. “And then we’ll use chemical troops to smoke them out of there,” he said.

But Eduard Basurin was quoted by the Interfax news agency on Tuesday as saying that the separatist forces “have not used any chemical weapons in Mariupol.”

It was the Ukrainian regiment defending the plant that claimed a drone had dropped a poisonous substance on the city. It indicated there were no serious injuries. The assertion by the Azov Regiment, a far-right group now part of the Ukrainian military, could not be independently verified.

Truss said the UK was “working urgently” to investigate the report, while Pentagon spokesman John Kirby said in a statement that the US could not confirm the drone report out of Mariupol.

But Kirby noted the administration’s persistent concerns “about Russia’s potential to use a variety of riot control agents, including tear gas mixed with chemical agents, in Ukraine.” Britain, meanwhile, has warned that Russia may use phosphorus bombs – whose use in civilian areas is banned under international law – in Mariupol.

That city has already seen some of the heaviest attacks and civilian suffering in the warbut the land, sea and air assaults by Russian forces fighting to capture it have increasingly limited information about what’s happening inside the city.

Speaking by phone Monday with The Associated Press, Mariupol Mayor Vadym Boychenko accused Russian forces of having blocked weeks of attempted humanitarian convoys into the city in part to conceal the carnage. Boychenko said the death toll in Mariupol alone could surpass 20,000.

He said, about 120,000 civilians in the city are in dire need of food, water, warmth and communications.

Boychenko also gave new details of allegations by Ukrainian officials that Russian forces have brought mobile cremation equipment to Mariupol to dispose of the corpses of victims of the siege.

Boychenko spoke from Ukrainian-controlled territory outside Mariupol. The mayor said he had several sources for his description of the alleged methodical burning of bodies by Russian forces in the city, but did not detail the sources.

While building up forces in the east, Russia continued to strike targets across Ukraine in a bid to wear down the country’s defenses. Russia’s defense ministry said Tuesday that it used air- and sea-launched missiles to destroy an ammunition depot and airplane hangar at Starokostiantyniv in the western Khmelnytskyi region and an ammunition depot near Kyiv.

Karmanau reported from Lviv, Ukraine. Associated Press writer Robert Burns in Washington, and AP journalists around the world contributed to this report. 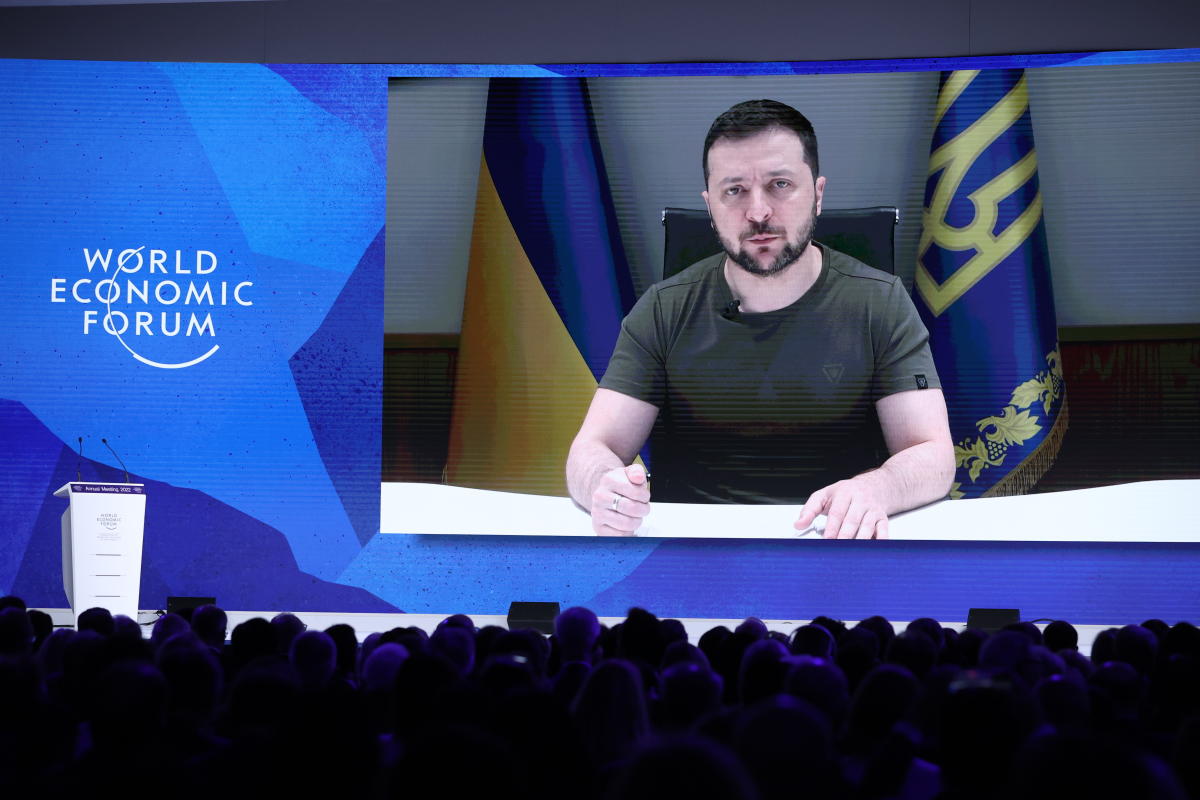 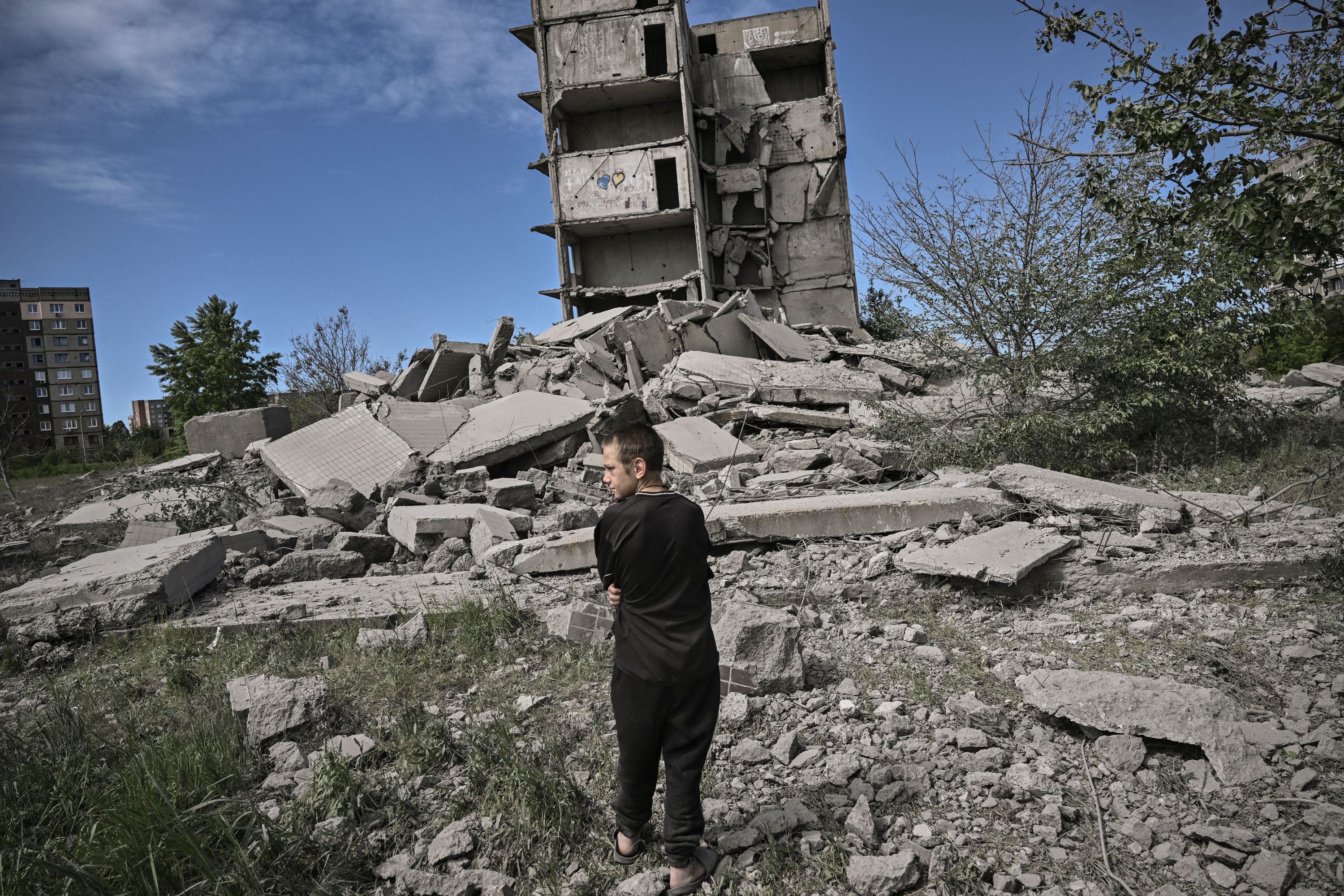