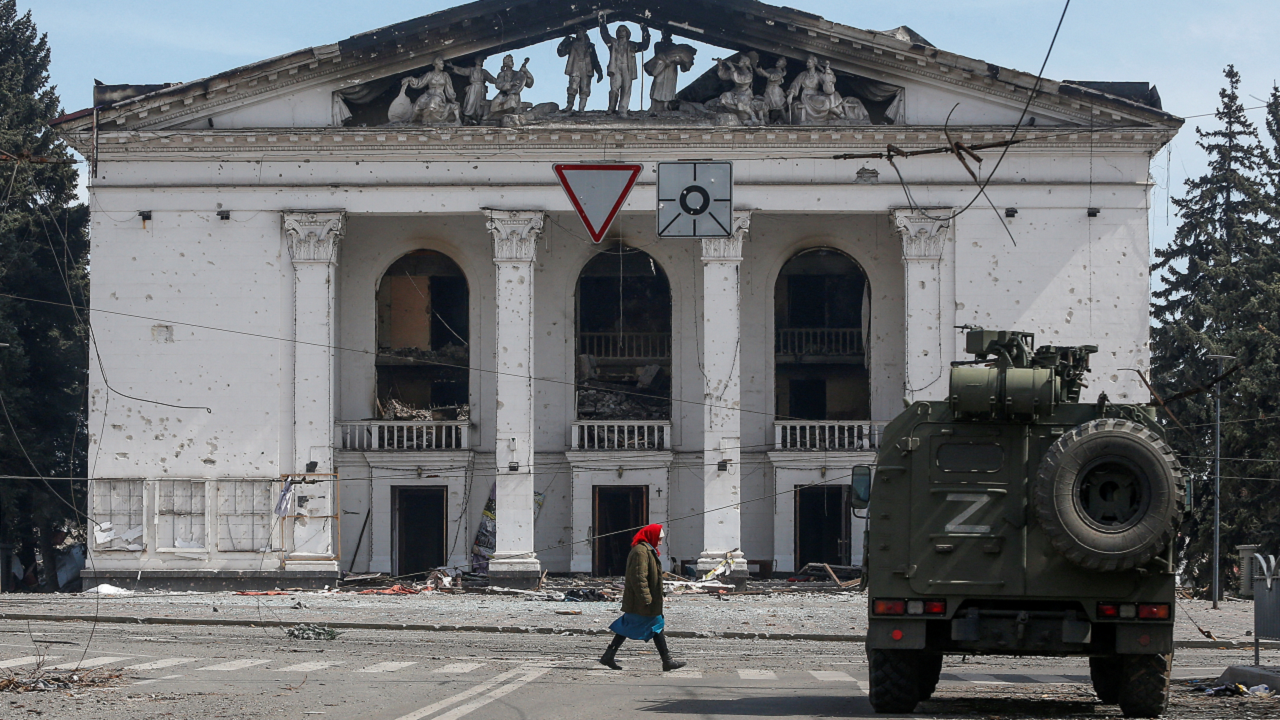 Ukrainian presidential adviser Mykhailo Podolyak wrote on Twitter Tuesday that President Volodymyr Zelenskyy and the country’s military are doing “everything possible” to help soldiers dealing with supply issues in the besieged city of Mariupol.

His message comes after a Marine unit in the city on Sunday issued a direct warning indicating that its healthy numbers are dwindling as ammunition, food, water and other crucial items are at risk of running low.

“If the Kremlin now hates something more than Ukraine, it is the word ‘Mariupol,'” Podolyak said. “1.5 months our defenders defend the city from the Russian horde, which is 10+ times larger. They are kept under bombardment and bite into every meter of the city. They make Russia pay a very high price.”

A woman walks next to an armored vehicle belonging to pro-Russian troops in Mariupol, Ukraine, on Sunday.

“Our soldiers remain trapped in the city and have problems with supplies,” he continued. “The country’s military and political leadership is aware of the problem, monitors the situation in real time and has more information than is known on social networks.”

“The president and the leadership of the Armed Forces are doing everything possible (and impossible) to find a solution and help our soldiers,” Podolyak also said. “But we can not communicate our plans and actions publicly without informing the enemy. Please treat this with understanding.”

The 36th Navy Brigade took to Facebook on Sunday to say their unit is “dying but fighting” and “gradually we are coming to an end.”

Emergency workers remove debris from a building destroyed during the Ukraine-Russia conflict in Mariupol on Sunday.
(Reuters / Alexander Ermochenko)

“From the beginning … we have been defending Mariupol for 47 days,” the Marines wrote. “We were bombed from airplanes, we were shot from artillery, tanks and other fire materials. We kept the defense worthy by doing the impossible. But any resources have a potential to run out.”

“For more than a month, the Marines fought without refilling ammunition, without food, without water … [but now] the mountain of wounded makes up almost half of the crew, “it continued.” Those who have unbroken limbs and can walk, return in order. ”