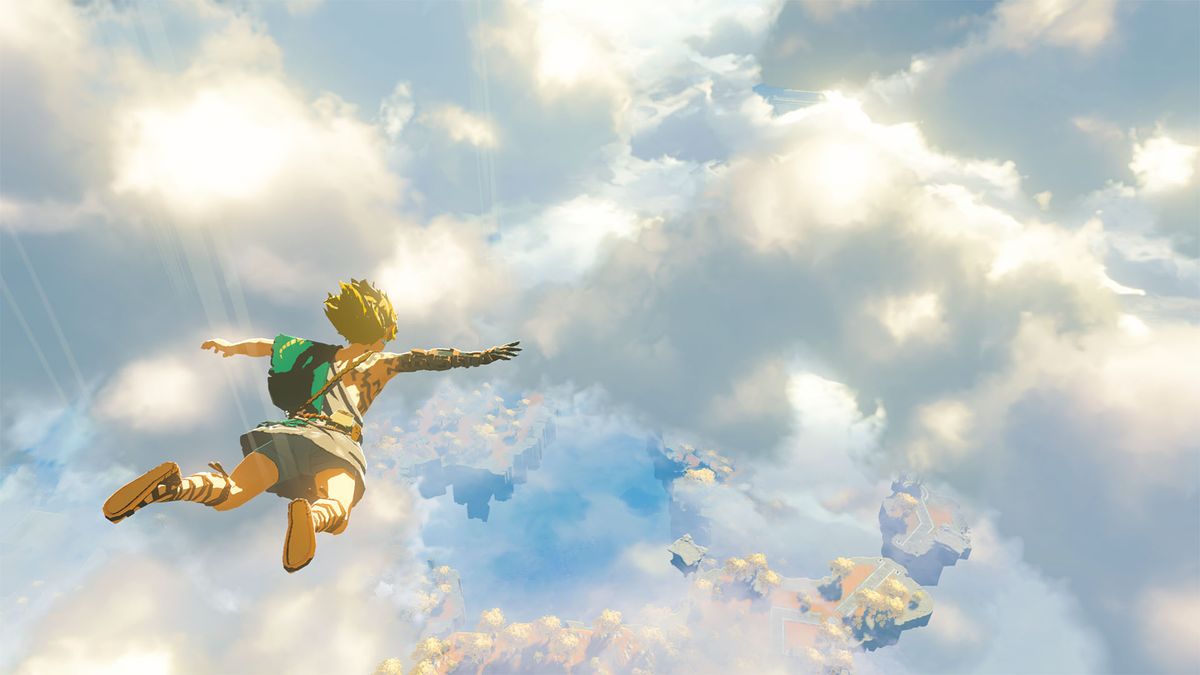 Tech experts think The Legend of Zelda: Breath of the Wild 2 might be a little too good for the Nintendo Switch.

In the latest episode of Digital Foundry Weekly, Richard Leadbetter, John Linneman, and Alex Battaglia discuss the recent gameplay snippets for the Breath of the Wild sequel. There’s an excellent breakdown of the technical aspects of the new trailer, including anti-aliasing, 1080p / 720p rendering, draw distances, and more, which leads the group to doubt the sequel is actually intended for the Nintendo Switch.

Chiefly, Battaglia believes the Breath of the Wild sequel could launch in a similar fashion to the original 2017 game. The first Breath of the Wild launched over both the Wii U and the Nintendo Switch, and Battaglia thinks this is what Nintendo has up their sleeve with the sequel, launching it on both the Switch and the more powerful version of the console.

Additionally, Battaglia thinks the camera cuts in the latest trailer having perfect anti-aliasing points to the new game running on a revised Switch console. This is something that even the Xbox Series X struggles with at times, so it’s hard to imagine the 2017 console from Nintendo absolutely nailing the technique. Volumetric clouds also not breaking down when approached by Link in the sky is also another indication of the sequel running on more powerful hardware, the host adds.

It certainly is up for debate as to whether the Breath of the Wild sequel trailer really is running on the Nintendo Switch. While it’s entirely possible Nintendo fine-tuned the trailer to make it look better than the final game, Linneman rightly points out that Nintendo typically does not pull this marketing stunt, and shows games in trailers exactly how they run on actual hardware. It looks like those Nintendo Switch Pro rumors will keep doing the rounds for now.

Despite the rumors, analysts think there will not be a Switch 2 for quite some time.