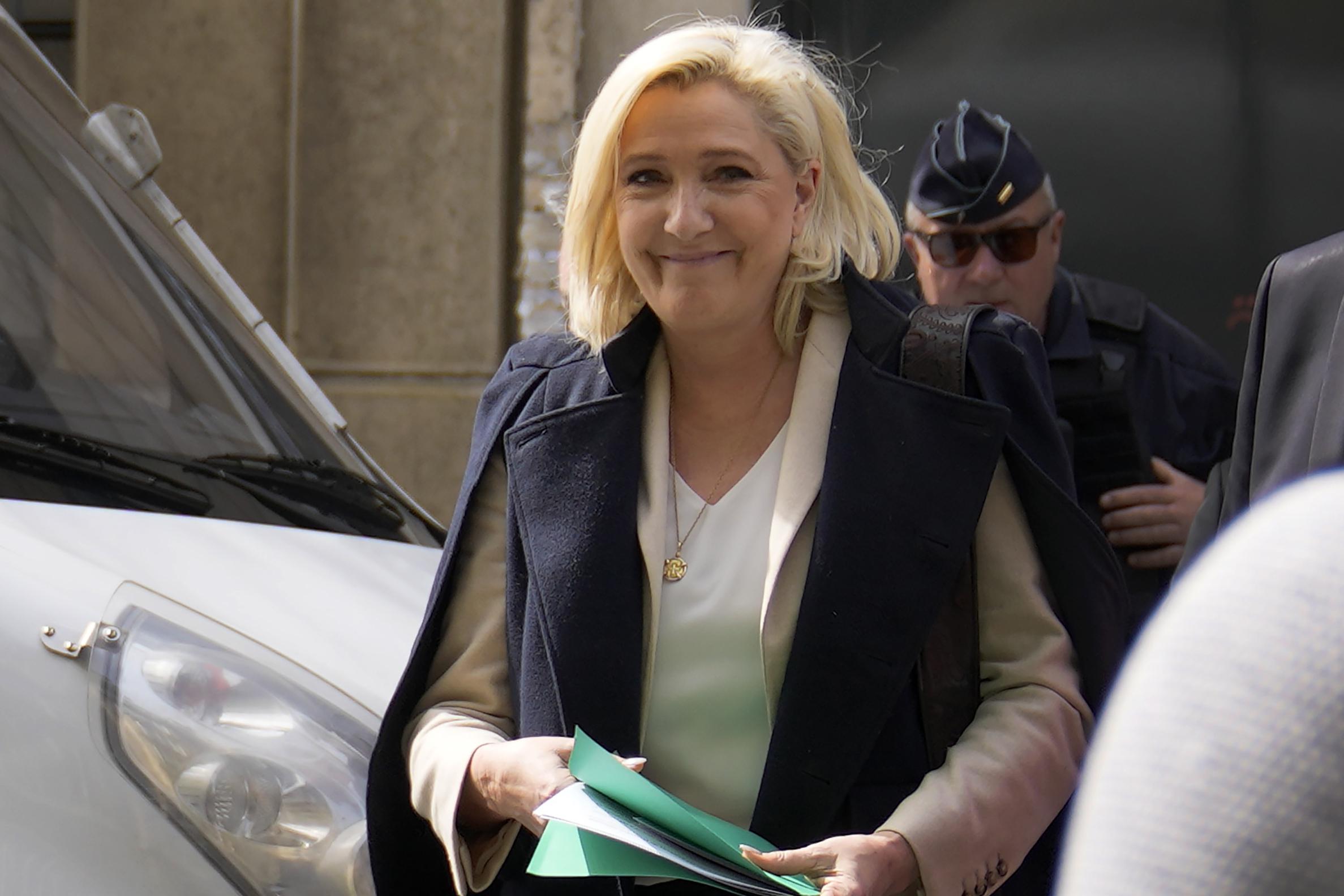 PARIS (AP) – The thought of an extreme-right leader standing at the helm of the European Union would be abhorrent to most in the 27-nation bloc. But if Emmanuel Macron falls in the April 24 French presidential elections, it might be two weeks away.

Experts say a win for far-right candidate Marine Le Pen would have immense repercussions on the functioning of the EU. Not only would her coming to power damage the democratic values ​​and commercial rules of the 27-nation bloc, but it would also threaten the EU common front and sanctions that have been built in response to Russia’s war in Ukraine.

Macron, the incumbent president with strong pro-European views, and Le Pen, an anti-immigration nationalist, could not have more radically opposed visions of the EU.

“The debate we will have in the next days is crucial to our country and to Europe,” Macron said after the results were announced. On Tuesday, he is heading to Strasbourg, the seat of the EU parliament, to speak about France’s role in Europe. All polls show Macron is the favorite in the vote, but Le Pen has significantly narrowed the gap compared to the last presidential election five years ago.

France has always stood at the heart of the EU – a founding member that has partnered with neighbor and historical rival Germany to turn the bloc into an economic giant and an icon of Western values. To hand that vaunted perch to a far-right politician would be bad enough. But, as coincidence would have it, France also holds the EU rotating six-month presidency this spring, which also allows it to speak with the power of the 27.

It is a pedestal few want to offer to Le Pen. The National Rally leader wants to establish national border controls on imports and people, reduce the French contribution to the EU budget and cease to recognize that European law has primacy over national law.

She has proposed to remove taxes on hundreds of essential goods and wants to reduce taxes on fuel – which would go against the EU free market rules.

Jean-Claude Piris, who served as a legal counsel to the European Council and is an expert of EU institutions, said a victory for Le Pen would have the effect of an “earthquake,” since the measures she champions would equate in practice to a withdrawal from the 27-nation bloc.

“She is in favor of a form of economic patriotism with state aids, which is contrary to the rules of the single market,” Piris said in an interview with The Associated Press. “France would no longer take part in the common free market and commercial policies.”

“She wants to modify the French constitution by giving preference to the French, by suppressing the right of the soil, the right of asylum,” which would be “totally incompatible with the values ​​of the European treaties,” Piris added.

Piris said the arrival of Le Pen would also threaten the unanimity of the 27 on the sanctions they have adopted so far against Russia over its invasion of Ukraine. She could prevent further measures being adopted. The bloc is currently mulling the opportunity to add further restrictions on oil imports from Russia.

Le Pen has built close links with the Kremlin over the years. In her previous bid to become the French president in 2017, she called for strong security ties with Moscow to jointly combat radical Islamic groups. She also pledged to recognize Crimea – the peninsula annexed from Ukraine in 2014 – as part of Russia.

Le Pen acknowledged Russia’s invasion of Ukraine has “partially” changed her views about Russian President Vladimir Putin, saying he was “wrong” and expressing her support toward the Ukrainian people and refugees.

Piris believes that although Le Pen could find allies in a couple of right-wing governments currently in power in eastern Europe, she would be facing hostile reactions from most other EU members.

A report from the Center for European Reform published Monday highlighted how Le Pen could very well go down the same road as Hungarian Prime Minister Viktor Orban and his Polish counterpart Mateusz Morawiecki in throwing up roadblocks for Brussels wherever she can to further slow the EU already cumbersome decision-making.

“The difference is that France … is indispensable to the EU,” the report stressed, saying the consequences would be “political chaos.”

CER experts also believe Le Pen’s policies would clash with the bloc’s climate goals. Le Pen is in favor of expanding nuclear and several non governmental groups have warned that she would slow down the transition toward renewables.

On top of that, the traditional French-German tandem would be undermined, with German Socialist chancellor Olaf Scholz highly unlikely to reach any compromise with Le Pen.

Le Pen as French president “would not be just an upheaval in Europe as a project of values, a peace project; it would put us on a totally different track in the essence of the European Union, ”Asselborn said. “The French must prevent that.”