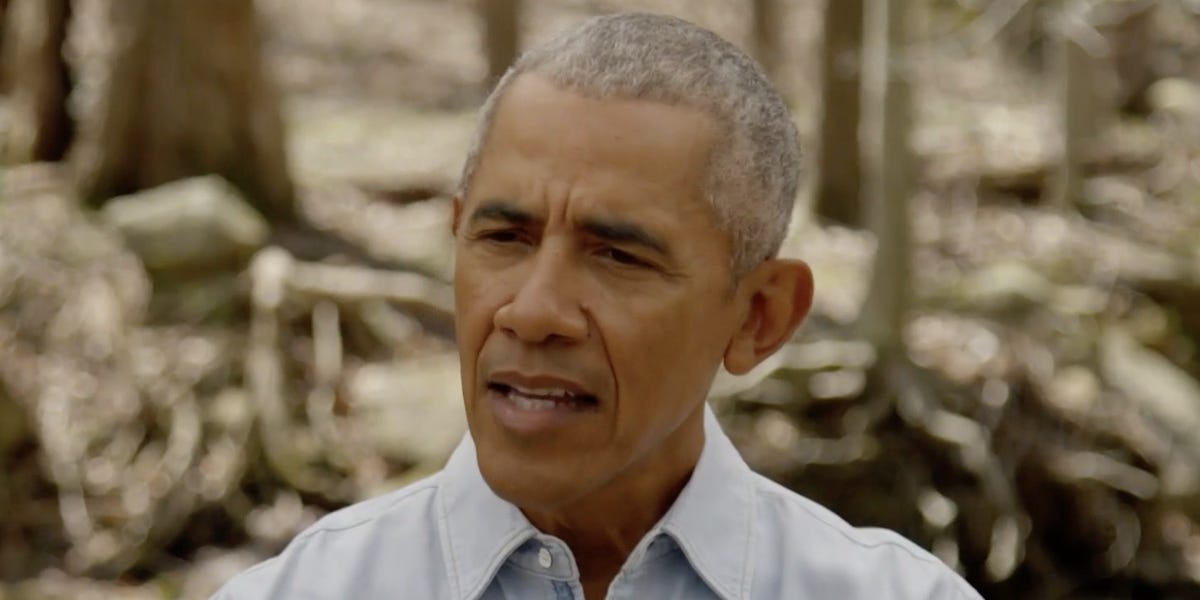 Former President Barack Obama said that “danger was always there” with Russian President Vladimir Putin – even though he once dismissed the threat posed by Moscow during the 2012 presidential campaign.

“Putin has always been ruthless against his own people, as well as others. He has always been somebody who’s wrapped up in this twisted, distorted sense of grievance and ethnic nationalism,” Obama said in an exclusive interview on NBC’s “Today” show that is set to air in full on Wednesday.

Obama added, “That part of Putin, I think has always been there. What we have seen with the invasion of Ukraine is him being reckless in a way that you might not have anticipated eight, ten years ago, but you know, the danger was always there. “

“Today” anchor Al Roker had asked the 44th president whether Putin is now the same Russian leader that Obama had to deal with during his two terms as commander-in-chief.

Obama’s answer was quite different from when he scoffed at ex-Republican presidential nominee Mitt Romney during the final presidential debate in 2012.

“A few months ago, when you were asked what’s the biggest geopolitical threat facing America, you said Russia. Not al-Qaeda. You said Russia,” Obama said to Romney at the time. “And the 1980s are now calling to ask for their foreign policy back because the Cold War’s been over for 20 years.”

Romney, now a U.S. senator for Utah, in a February interview with the Atlantic said it was “hard for me to believe” Obama did not “realize that I was right at the time, because it was so obvious.”

“Russia was supporting all of the dictators in the world, whether in Syria, Venezuela, Cuba, North Korea. They were opposing us at the UN whenever a critical measure came forward. They were our geopolitical adversary,” Romney said, adding, ” There’s no question in my mind that we have been naive as a nation over the past couple of decades with regard to Russia’s intent and Putin’s plans. “

Putin, who launched his unprovoked war against Ukraine nearly seven weeks ago, invaded and annexed Crimea from Ukraine in 2014 with the help of Moscow-backed separatists while Obama was president.

During the “Today” interview, Roker also asked Obama “Do you ever think, ‘Could I have done something different?'” When it came to Crimea.

Obama replied: “You know, the situations in each of these circumstances are different, but I think that what we’re seeing consistently is a reminder of why it’s so important for us to not take our own democracy for granted, why it’s so important for us to stand for and align ourselves with those who believe in freedom and independence, and I think that the current administration’s doing what it needs to be doing. “

In addition to invading Ukraine and annexing Crimea in 2014, Russia began supporting rebels in a war against Ukrainian forces in the eastern Donbas region that same year. Russia’s aggression toward Ukraine was met with sanctions by the Obama administration and ratcheted up tensions between Moscow and Washington to historic heights.

Russia also interfered in the US election in 2016, further eroding ties. The Russian military’s involvement in the Syrian civil war, and support for Syrian leader Bashar al-Assad, also contributed to the contentious dynamic.

The more recent Russian invasion of Ukraine, on top of years of deteriorating relations, has generated the worst crisis between the US and Russia since the Cold War. The US and its allies have slapped historic economic penalties on Russia, including personal sanctions against Putin while ramping up military aid to Ukraine and bolstering NATO’s presence in Eastern Europe. Russia has been made a pariah on the global stage, with world leaders – including President Joe Biden – accusing Putin of war crimes.