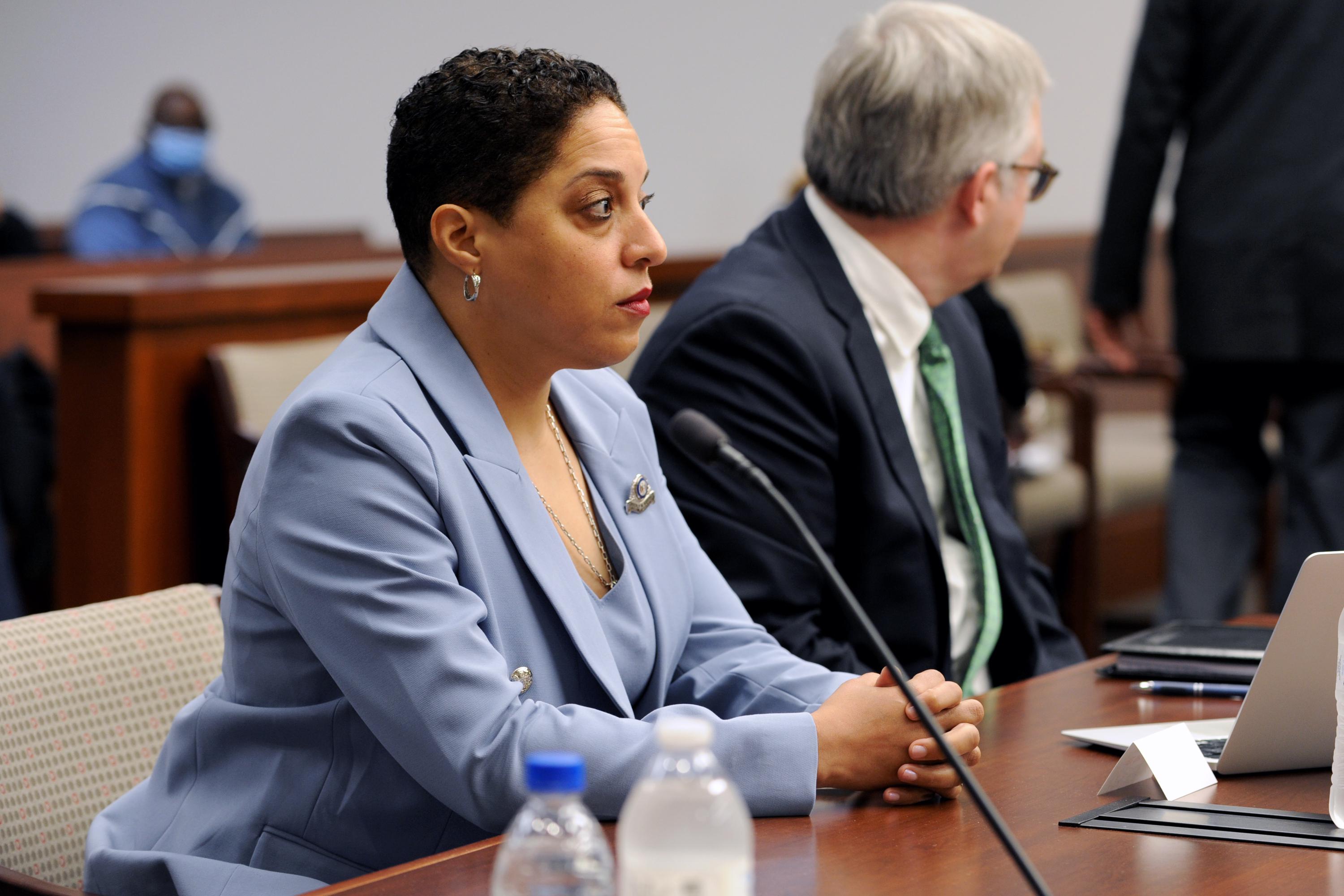 ST. LOUIS (AP) – St. Louis Circuit Attorney Kim Gardner has reached an agreement with the Missouri Office of Disciplinary Counsel in which she acknowledges mistakes in her handling of the prosecution of former Missouri Gov. Eric Greitens but will not face severe penalties for those mistakes.

The “joint stipulation” agreement was announced Monday at the outset of a disciplinary hearing before a three-person panel. In the agreement, Gardner concedes that she failed to produce documents and mistakenly maintained that all documents had been provided to Greitens’ lawyers in the 2018 criminal case.

The agreement states that Gardner’s conduct “was negligent or perhaps reckless, but not intentional.”

It calls for a written reprimand. A more severe punishment – suspension or disbarment – would likely cost Gardner her job because state law requires elected prosecutors to hold active law licenses.

The panel would still need to sign off on the agreement and make a recommendation within 30 days to the Missouri Supreme Court, which ultimately decides punishment. It’s unclear when the court might make a final decision.

Gardner, a 46-year-old Democrat, is St. Louis’ first Black female circuit attorney and is one of several progressive prosecutors elected in recent years with a focus on creating more fairness in the criminal justice system. She told the panel Monday that the mistakes were due to the fast-moving nature of the Greitens case.

“Yes, we had a process. But unfortunately, that process came up short, ”she said, adding that her office has taken the case as a“ lesson ”moving forward.

The 2018 prosecution of Greitens played a pivotal role in his eventual resignation. Greitens is now attempting a political comeback and is a leading contender for the Republican nomination for a Senate seat, despite recent allegations of abuse by his ex-wife.

“Gardner represents the worst of establishment and dishonest officials who use their unfettered power to target innocent and law-abiding individuals, from the governor of Missouri to police officers to everyday citizens,” Greitens said in a statement. “The people of Missouri deserve better.”

The brash former Navy SEAL officer with presidential aspirations was a year into his first term when news broke in January 2018 of an affair three years earlier with his St. Louis hairdresser. The woman alleged that Greitens took a compromising photo and threatened to use it as blackmail if she spoke of their relationship.

“There was a victim, someone saying they had been attacked,” Gardner’s lawyer, Michael Downey, said in an interview.

But neither the FBI nor St. Louis police seemed inclined to investigate, Downey said. Gardner’s in-house investigator was away on military duty.

So Gardner hired private investigator William Tisaby, a former FBI agent. The investigation led to Greitens’ indictment on one felony count of invasion of privacy. Greitens claimed he had been the victim of a political witch hunt.

Jury selection had just begun when Gardner dropped the charge after a judge ruled she would have to answer questions under oath from Greitens’ attorneys over her handling of the case. She said that it put her in an “impossible” position of being a witness in a case she was prosecuting.

Meanwhile, Gardner filed a second charge accusing Greitens of tampering with computer data for allegedly disclosing to his political fundraiser a list of top donors to a veterans charity he founded, without the charity’s permission.

Under investigation by lawmakers as well, Greitens resigned in June 2018, and Gardner agreed to drop the criminal charges.

Attention then turned to how Gardner and Tisaby handled the investigation. In 2019, Tisaby was indicted on six counts of perjury and one count of evidence tampering. He pleaded guilty last month to misdemeanor evidence tampering and received a suspended sentence of one year of probation.

Greitens’ attorneys raised concerns about Gardner’s failure to correct the record on Tisaby’s statements, and whether she concealed evidence.

Downey said any mistakes were unintentional, the result of Gardner’s heavy workload during the Greitens investigation.

Gardner has had plenty of clashes during her leadership of the circuit attorney’s office.

Last summer, charges were dropped in three murder cases in one week because prosecutors failed to show up in court or were not prepared after months of delay, the St. Louis Post-Dispatch reported. The newspaper also cited Circuit Court data showing that about one-third of felony cases were dismissed – triple the percentage of her predecessor.

Gardner contends that her reforms have made the city safer and the criminal justice system more equitable. She has expanded a diversion program and stopped prosecuting low-level marijuana possession, helping to significantly reduce jail overcrowding.

Gardner has often been at odds with police, especially in 2019, when she placed dozens of officers on an “exclusion list,” prohibiting them from bringing cases. The list was developed after a national group accused the officers of posting racist and anti-Muslim comments on social media.

In 2020, Gardner filed a lawsuit accusing the city, a police union and others of a coordinated and racist conspiracy aimed at forcing her out of office. The lawsuit alleged violations of the Ku Klux Klan Act of 1871, which was adopted to thwart efforts to deny the civil rights of racial minorities.

Downey, in a court filing, said the ethical complaints involve “another attempt by Ms. Gardner’s political enemies – largely from outside St. Louis – to remove Ms. Gardner and thwart the systemic reforms she champions. ”

Greitens had remained largely out of sight until Sen. Roy Blunt’s announcement in March 2021 that he would not seek a third term. Republican leaders worry that Greitens could win the primary but lose to a Democrat in the general election, forfeiting what should have been a surefire GOP seat.

In a court filing last month in a child custody case, Sheena Greitens accused her ex-husband of being physically abusive to her and their children. Eric Greitens called the allegations “completely fabricated” and “baseless.” 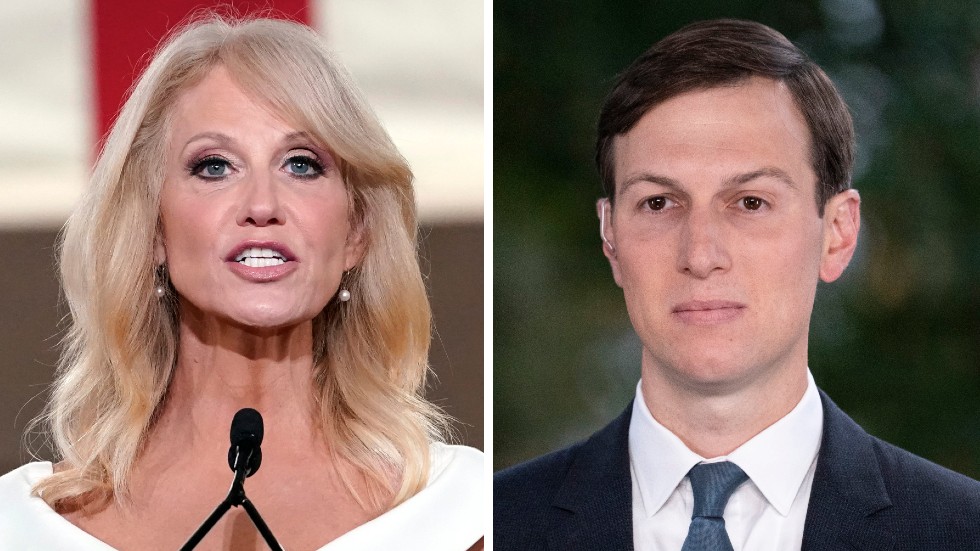