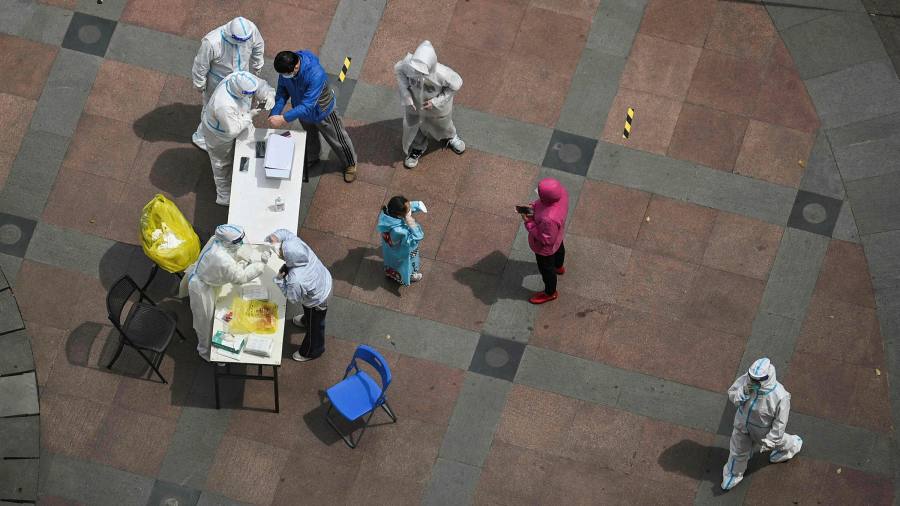 Shanghai on Monday unveiled plans for a limited easing of its strict coronavirus lockdown, as economic and social pressures mounted on the Chinese financial and industrial center.

Authorities in Shanghai laid out the blueprint for lifting restrictions in specific residential areas, despite a continued increase in Covid-19 cases in the city.

Gu Honghui, deputy secretary-general of the municipal government, said the city was dividing compounds into three risk categories, with several thousand so-called “prevention areas” to have their lockdowns lifted if they reported no cases for a two-week period.

It was unclear how many people would be able to leave their homes as a result of the changes, however.

The announcement came more than a week after Shanghai was plunged into a citywide lockdown as part of escalating restrictions aimed at curbing mainland China’s biggest coronavirus outbreak in two years.

Financial markets on Monday reflected concern about the impact of the restrictions, which have also been applied across many other Chinese cities under Beijing’s “zero-Covid” policy.

Nio’s shares closed 8 percent lower in Hong Kong after the company said at the weekend that suppliers in Shanghai, neighboring Jiangsu province and north-eastern Jilin had suspended production “one after the other” and that it would postpone deliveries.

Disruptions to Chinese supply chains have intensified following the complete lockdown of Shanghai this month, exacerbating strains on transport and logistics as stringent measures have brought activity in China’s largest onshore financial hub and biggest city to a grinding halt.

Most of the metropolis of 25mn remains under a strict lockdown that has prompted bitter complaints over access to food and medicine. Shanghai accounted for the vast majority of the more than 27,000 new Covid cases recorded across China on Sunday, according to official data.

“Shanghai is economically important for both China’s domestic economy and trade with the rest of the world,” said Johanna Chua, head Asia economist at Citigroup. She added that waiting times for semiconductor deliveries had already increased and that “with Shanghai’s significant trade links to East Asia, this could have spillover impacts on regional supply chains”, particularly in South Korea, Taiwan and Vietnam. 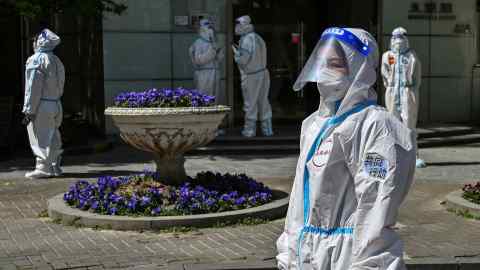 The southern city of Guangzhou ordered most schools to switch to online learning after 27 Covid-19 cases were reported in the city on Sunday. Guangzhou authorities also began mass testing of its 18mn residents, raising fears the manufacturing hub could be the next to be locked down.

Zhenro Properties Group, which became the latest Chinese property developer to default over the weekend, blamed its missed bond payments on the “unforeseen scale and duration of lockdown in Shanghai”, which it said halted some operations and delayed both sales and asset disposals.

Inflation data released on Monday showed consumer prices rising almost 1 per cent from a year ago, driven mainly by a jump in fuel costs and food prices.