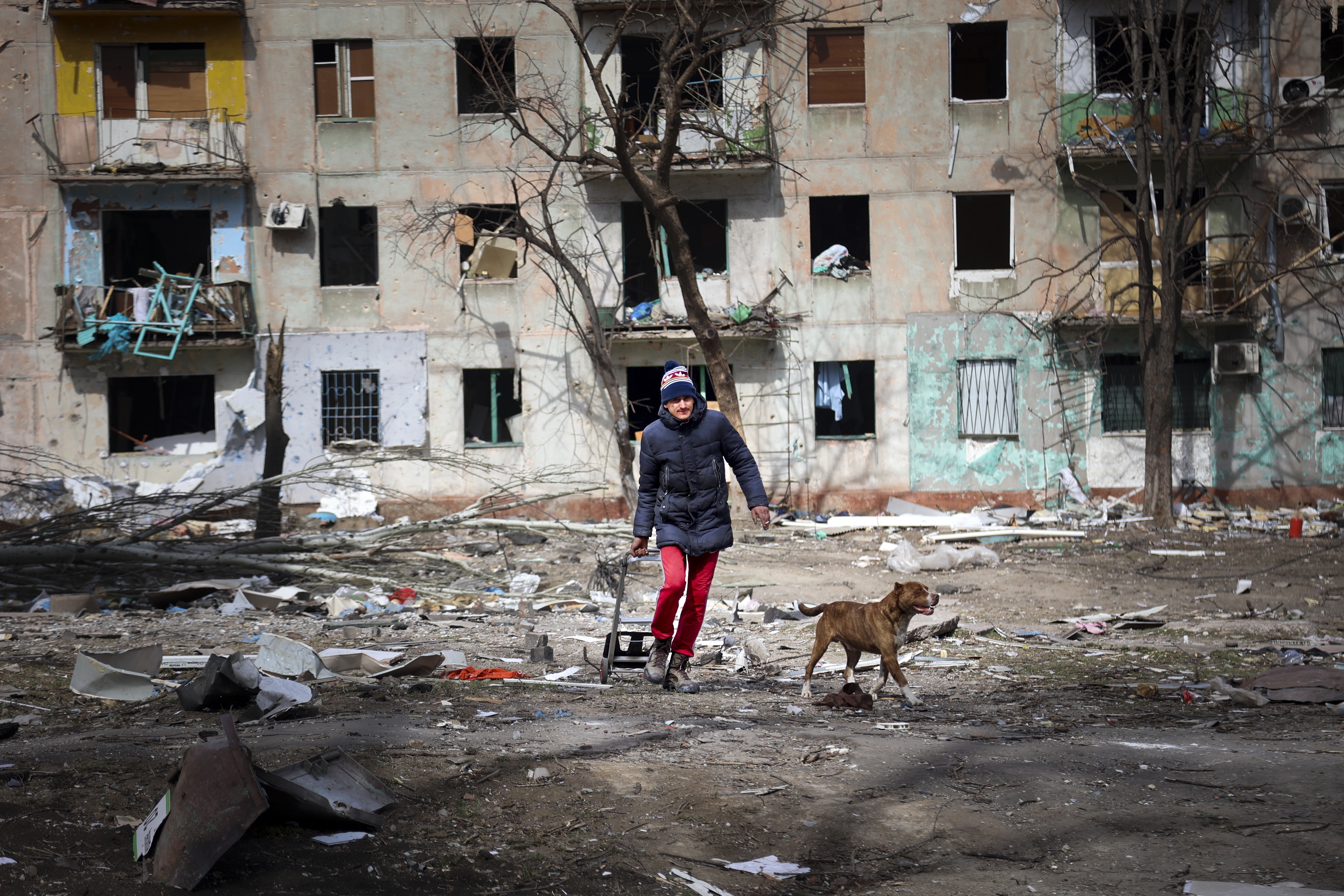 Although Russian forces still remain north of Izyum, the official said, the United States assesses that the line of vehicles includes a command and control element and a support group battalion, as well as perhaps rotary wing aviation support and other infantry support.

“We do believe that this is an early effort by the Russians to bolster their presence and their capabilities in the Donbas,” the official said, adding that the developments are “clear evidence of what we’ve been saying for a while now: that the Russians are going to want to pour more of their assets into the Donbas. ”

Russia’s planned assault on the Donbas comes after its forces retreated from around the capital of Kyiv in recent days after encountering stiff Ukrainian resistance. Their hasty withdrawal exposed scenes of apparent war crimes and other atrocities in Bucha and other suburbs of Kyiv.

Now, the official said on Monday, “the locus of everything we’re seeing is on the Donbas region,” from which Russia launched its latest invasion of Ukraine in February, 47 days ago.

Before proceeding with a full-scale invasion on the country, Russia first moved troops across its western border into the Donbas, which is home to two breakaway areas largely held by Moscow-backed separatists: the so-called Donetsk People’s Republic and Luhansk People’s Republic .

The United States does not yet “assess that a new offensive has started” in the Donbas, the official said on Monday. But the official noted that a “hot war” has already been underway in the region since 2014 – when fighting began between Ukrainians and the pro-Russian separatists backed by Moscow.

The official also said the United States assessed that Russia had indeed appointed Gen. Alexander Dvornikov to lead its war effort in Ukraine, as was reported over the weekend.

Dvornikov previously oversaw Russian forces in Syria, and his brutal tactics there have prompted fears in the United States that the invasion of Ukraine could become even more violent as the fight shifts eastward.

But the official said on Monday that “it remains to be seen what sort of an effect” Dvornikov will be able to have on Russian forces, who have faced significant logistical and moral problems amid the protracted conflict.

“They have high challenges to surmount, and the choice of a general does not mean that they are poised for greater success here,” the official said. “We’ll just have to wait and see.”