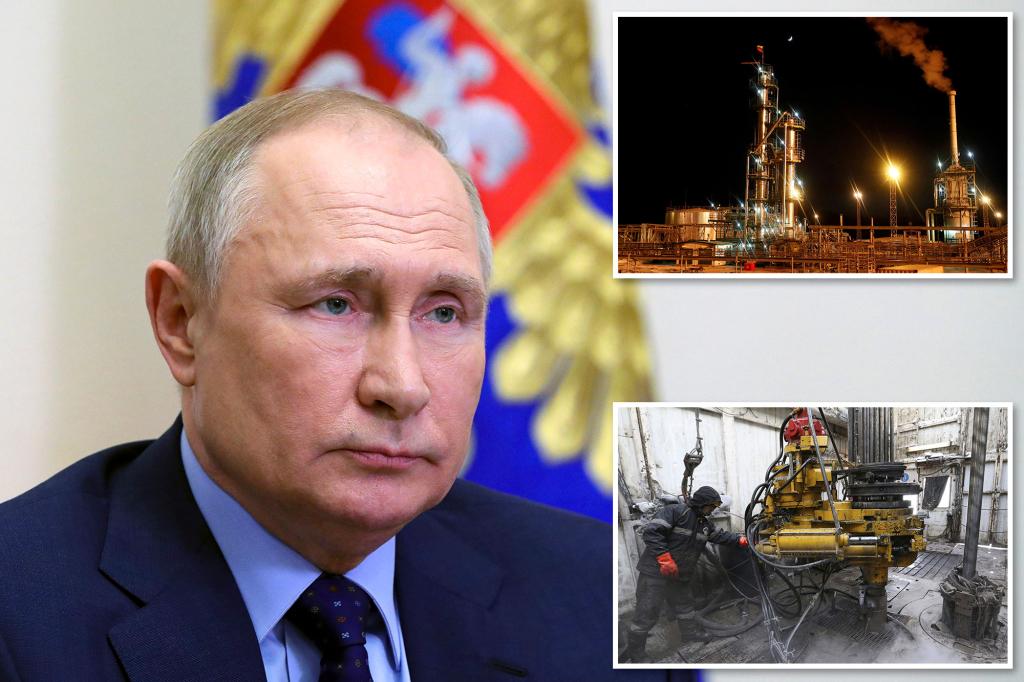 Russia is reaping a massive windfall from oil and gas exports – despite the West’s sweeping sanctions over the Ukraine invasion – thanks to a lucrative cocktail of stiff prices, surging demand and trade loopholes.

Russia is poised to earn nearly $ 321 billion from its energy exports this year – up more than a third compared to the previous year, according to Bloomberg. In April alone, Russia expects $ 9.6 billion more from energy sales than it initially projected due to high prices.

That’s partly because the European Union remains heavily reliant on Russian gas and has so far declined to cut off shipments due to fears of an energy crisis.

Accordingly, proceeds from energy exports have handed Russia a key source of revenue despite escalating sanctions meant to cripple its economy.

British energy giant Shell PLC – which faced widespread criticism in the invasion’s early days for buying a shipment of heavily discounted Russian oil – is now selling a so-called “Latvian blend” of diesel to sidestep potential scrutiny, according to Bloomberg.

“Latvian blend” refers to blended diesel where less than 50% of the contents of each barrel is sourced from Russia, meaning the product is not classified as Russian in origin. Bloomberg reported Shell recently adjusted its contract terms and conditions to allow for use of blended diesel.

Shell did not immediately return The Post’s request for comment on its apparent use of the so-called “Latvian blend.”

Oil and gas exports are the lifeblood of the Russian economy – accounting for roughly 40% of the country’s annual revenue. So far, economic sanctions, while severe, have largely left the Russian energy sector untouched.

The sale of Russian oil and gas remains legal in Europe, with companies free to profit as long as they can tolerate potential public blowback related to their dealings with the Kremlin.

The continued flow of Russian oil and gas has not escaped the notice of Ukrainian officials, who have pressed hard for Europe to enact an import ban.

Oleg Ustenko, an economic adviser to Ukrainian President Volodymyr Zelensky, said Russia is earning $ 1 billion a day from oil exports – money that is being used to fund its invasion.

“There is no doubt that the financial and other sanctions have weakened the Russian economy and its ability to source certain materials needed to pursue its war in Ukraine,” Patrick Honohan, a senior fellow at the Peterson Institute for International Economics, said in a blog post last week.

“But the sanctions fall short of crippling the economy, as long as they do not interrupt the flow of revenue from exports, which finances the budget and also ensures continued availability of foreign exchange to pay for needed (and unsanctioned) imports,” he added .

The foreign ministers of Ireland, Lithuania and the Netherlands said the European Union is mulling a Russian oil ban for its next round of sanctions – but a final decision has yet to be made.