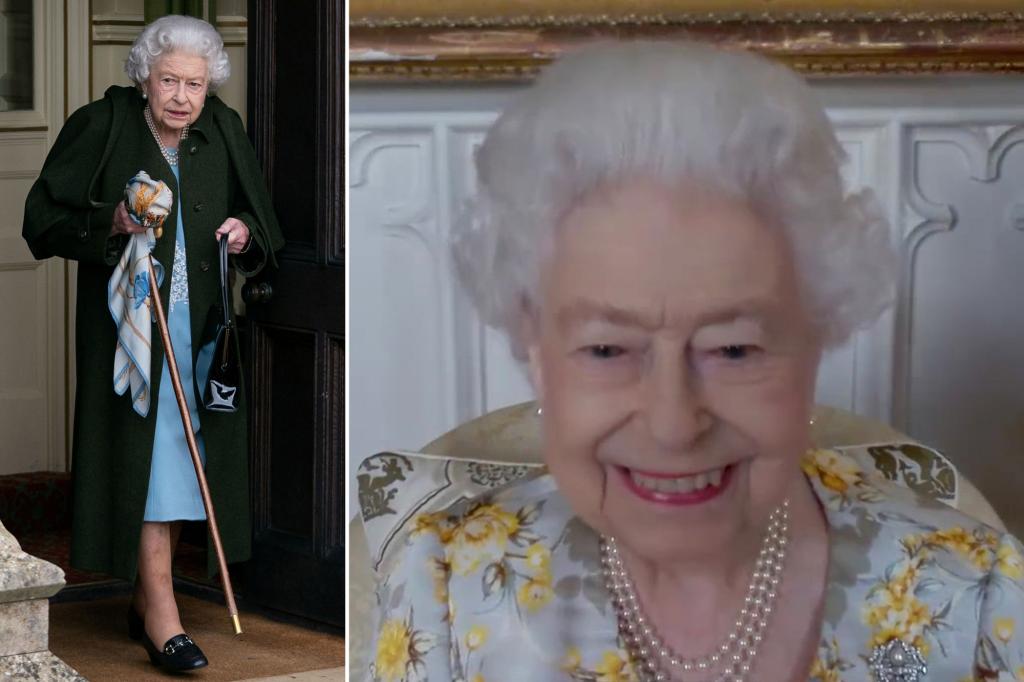 Queen Elizabeth II says her battle with COVID-19 was “frightening,” leaving her “very tired and exhausted” and making it “very hard” because she could not see her family.

The 95-year-old British monarch, who turns 96 next month, spoke of her experience with the coronavirus during a virtual visit last week to the Royal London Hospital commemorating the official opening of the Queen Elizabeth unit.

The queen had developed “mild cold-like symptoms” after she was diagnosed with the virus in February but was able to carry on with “light duties,” Buckingham Palace said at the time.

In her online chat with former COVID-19 patient Asef Hussain and his wife, the queen listened as Asef told her about his terrifying ordeal after he contracted the virus in December. He was put on a ventilator for seven weeks and remained hooked up to oxygen in a wheelchair after he was discharged.

“I remember waking my wife saying that I feel like there’s no oxygen in the room,” he said, holding himself up with a cane. “I remember sticking my head out the window, just trying to breathe, trying to get that extra oxygen.”

Queen Elizabeth responded, “I’m glad you’re getting better, and It does leave one very tired and exhausted, does not it? This horrible pandemic. It’s not a nice result.

“It was obviously a very frightening experience to have COVID very badly, wasn’t it?” she said.

Hussain told the wueen of the difficulty of not being able to be with his family during his hospital stay, to which she remarked, “of course not being allowed to see your relatives was very hard, wasn’t it?”

The large facility was constructed in just five weeks as serious COVID cases soared in London, according to The Guardian.

At one point, the hospital’s 650 staff members were treating roughly 800 patients, according to a worker.

“This has undoubtedly been the biggest challenge of our career to date for all of us, and I think it was the scale and the pace at which things happened,” a National Health Service nurse told the queen during the virtual visit. “However, I think having the facility this new facility allowed us to treat a lot more patients uh from the whole of Northeast London.”

The visit ended with the unveiling of a plaque dedicating the unit to the monarch.

“It’s been very nice to be able to join you and also to hear what happened and how well it has been achieved,” the queen said.