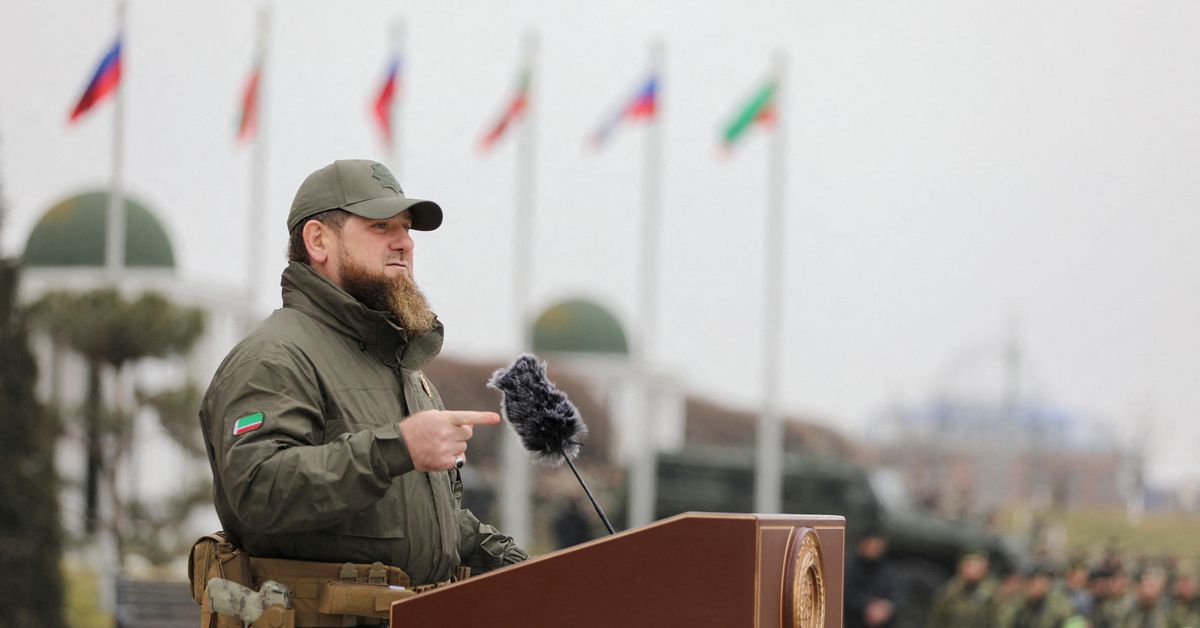 April 11 (Reuters) – Ramzan Kadyrov, the powerful head of Russia’s republic of Chechnya, said early on Monday that there will be an offensive by Russian forces not only on the besieged port of Mariupol, but also on Kyiv and other Ukrainian cities.

“There will be an offensive … not only on Mariupol, but also on other places, cities and villages,” Kadyrov said in a video posted on his Telegram channel.

“Luhansk and Donetsk – we will fully liberate in the first place … and then take Kyiv and all other cities.”

Kadyrov, who has often described himself as Russian President Vladimir Putin’s “foot soldier,” said there should be no doubt about Kyiv.

“I assure you: not one step will be taken back,” Kadyrov said.

Kadyrov has been repeatedly accused by the United States and European Union of rights abuses, which he denies.

Moscow fought two wars with separatists in Chechnya, a mainly Muslim region in southern Russia, after the 1991 break-up of the Soviet Union. But it has since poured huge sums of money into the region to rebuild it and given Kadyrov a large measure of autonomy.

The Kremlin describes its actions in Ukraine as a “special operation” to demilitarize and “denazify” its neighbor and on Sunday Russia intensified its attacks in eastern Ukraine. read more