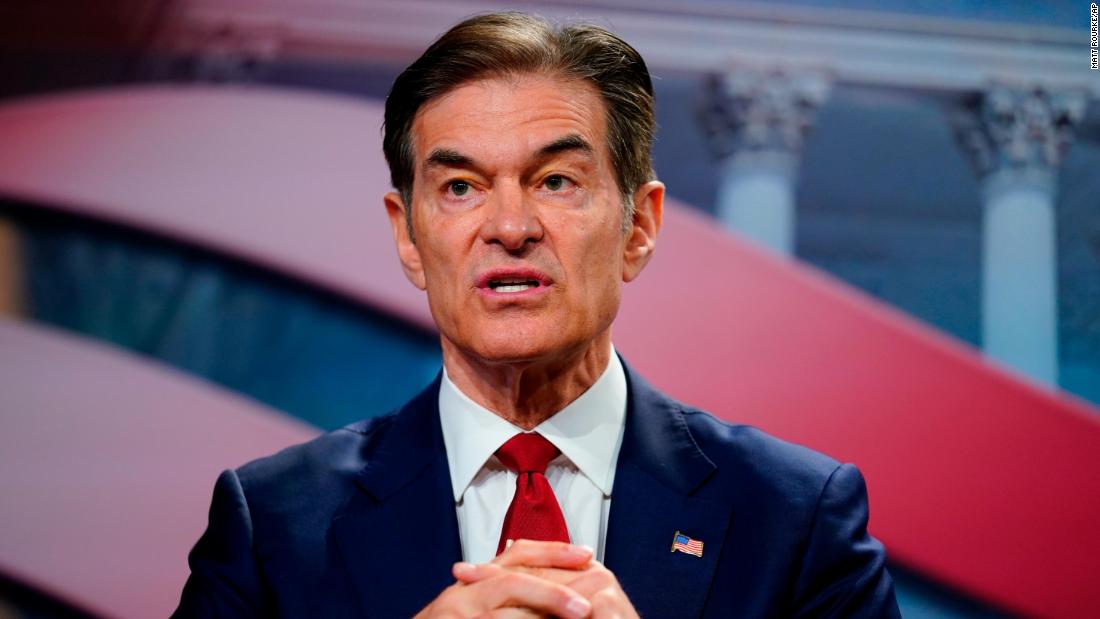 The endorsement came after months of behind-the-scenes jockeying by Oz and another leading candidate in Pennsylvania, Dave McCormick, a hedge fund executive. Both Oz and McCormick entered the primary after Trump’s first choice for the nomination, Sean Parnell, dropped out of the race late last year.

“The Great Commonwealth of Pennsylvania has a tremendous opportunity to Save America by electing the brilliant and well-known Dr. Mehmet Oz for the United States Senate,” the endorsement read. “I have known Dr. Oz for many years, as have many others, even if only through his very successful television show. He has lived with us through the screen and has always been popular, respected and smart.”

Trump went on to say that he believes Oz will “be the one most able to win the General Election” and would perform well in Philadelphia and Pittsburgh.

Trump touted Oz’s education and his medical career in the endorsement. He also said of Oz, “He even said that I was in extraordinary health, which made me like him even more (although he also said I should lose a couple of pounds!).”

Former first lady Melania Trump reportedly preferred Oz to the other candidates, and in his statement, Trump said Oz would earn the support of women.

“Women in particular, are drawn to Dr. Oz for his advice and counsel,” said the former President on Saturday. “I have seen this many times over the years. They know him, believe in him, and trust him.”

Despite the longstanding relationship between Oz and the Trumps, there were signs that McCormick had an advantage to get the endorsement. His wife, Dina Powell McCormick, was a top national security aide for Trump in the White House. And a number of trusted Trump aides – including Hope Hicks and Stephen Miller – had signed on to help McCormick’s campaign.

Jeff Roe, a top Republican consultant working for McCormick, tweeted in response to the Trump endorsement that his client is “going to be the next Senator from the Commonwealth of Pennsylvania.”
And Parnell, who has endorsed McCormick, tweeted“I’m disappointed by this. Oz is the antithesis of everything that made Trump the best president of my lifetime — he’s the farthest thing from America First & he’d be very bad for PA.”
According to the Washington Post, Trump met with McCormick earlier this week at Mar-a-Lago. The former President told the Post earlier this week that he would be making an endorsement in the race within about a week.
Oz, McCormick and other Republican candidates will face off on May 17 in a primary for the seat, which is held by retiring Republican Pat Toomey. Democrats will also have a competitive primary for the Senate seat, and the race will be one of the most high-profile, and likely one of the most expensive, of November’s midterm elections. It could represent Democrats’ best chance of picking up a GOP-held seat.

“The Republican Senate primary in Pennsylvania was already nasty, expensive and brutal,” said Democratic Senatorial Campaign Committee spokesman Patrick Burgwinkle. “Now Trump’s endorsement will only intensify this intra-party fight, just like it has in GOP Senate primaries across the country – leaving their ultimate nominee badly damaged and out of step with the voters who will decide the general election.”