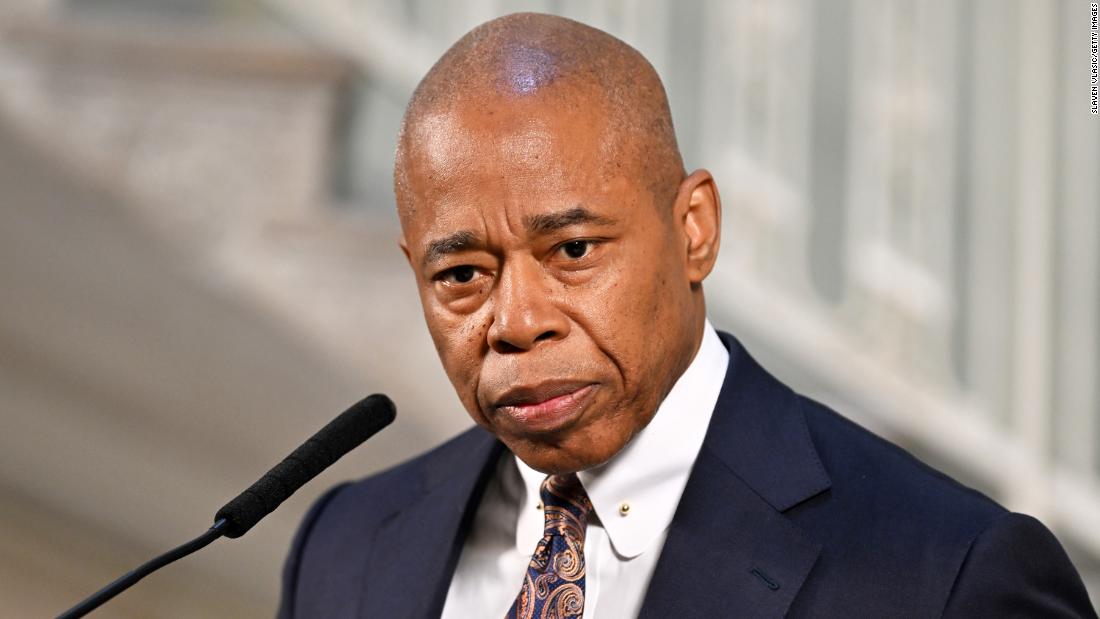 “This morning, Mayor Adams woke up with a raspy voice and, out of an abundance of caution, took a PCR test that has now come back positive,” press secretary Fabien Levy said in the statement Sunday.

“At this time, the mayor has no other symptoms, but he is already isolating and will be canceling all public events for the remainder of the week,” the statement said. “He is also going to immediately start taking the anti-viral medications offered for free to New York City residents and encourages all New Yorkers eligible for these medications to take them as well.”

“While he is isolating, he will continue to serve New Yorkers by working remotely,” Levy added.

Adams has appeared at several public events in New York this week. On April 2, he attended the Gridiron Club dinner in Washington, DC.

At least 67 people who attended the dinner have tested positive for Covid-19 as of Saturday, according to a letter from the club to its members. But it is unclear where the mayor contracted the virus.

Several members of President Joe Biden’s cabinet and various lawmakers are among those who tested positive after attending the Gridiron Dinner, CNN previously reported, among them Attorney General Merrick Garland and House Speaker Nancy Pelosi. Biden did not attend.

The US Centers for Disease Control and Prevention in December said most Covid-19 spread “occurs early in the course of illness, generally in the 1-2 days prior to onset of symptoms and the 2-3 days after.”

CNN’s Sonia Moghe and Athena Jones contributed to this report.