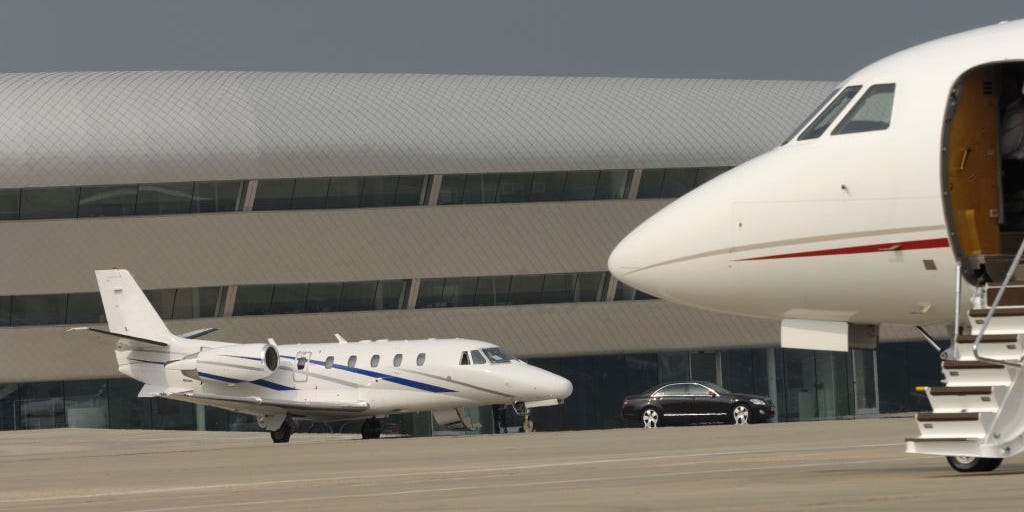 Private jets belonging to Russian oligarchs that flew to Dubai to seek refuge from sanctions, following Russia’s invasion of Ukraine are effectively stuck there, The Wall Street Journal reported.

It’s caused a build-up of more than 100 planes that sit idle at Dubai airports since the war began. The Journal cited satellite imagery and data from aerospace research firm WINGX.

According to WINGX’s website, “with 49 outbound flights in the first week of March, the Russia-UAE connection is three times busier than pre-pandemic, but just two-thirds of the outbound activity during the last week of February.”

Satellite images shot by Earth-imaging company Planet Labs also show an accumulation of private jets from mid-February to the beginning of April, per The Journal.

When Russia attacked Ukraine, Western nations joined together to penalize Russia for its actions by imposing a number of sanctions. The sanctions aimed to destabilize not just the Russian economy, but some of Russian President Vladimir Putin’s closest allies too.

Many Russian oligarchs and billionaires had some of their most luxurious assets seized as a result of the sanctions. Last month, for instance, Gibraltar seized a $ 75 million superyacht owned by billionaire Dmitry Pumpyansky.

Some of Russia’s richest have found refuge in places that have not imposed sanctions, including Dubai and the Maldives.

However, as these jets fly to Dubai to evade sanctions, they resultantly become stuck there as Russian jet owners can not fly them anywhere else, aviation lawyers and private jet brokers told The Journal.

“A lot of the Russian-related airplanes have moved to the UAE because you can fly in the airspace there,” Steve Varsano, CEO of a London-based sales brokerage firm for private planes, to the publication. “But once you get there you’re pretty much grounded because you can not maintain the airplanes.”

Recently, the US Department of Commerce imposed sanctions that prevent Russian-linked aircraft from being refueled, maintained, or repaired. Major aviation companies, including Boeing and Airbus, also stopped supplying spare parts to Russian airlines as a result of the war.

Experts recently commented on sanctions against oligarchs, with one telling CNN he believed they were largely “symbolic.”