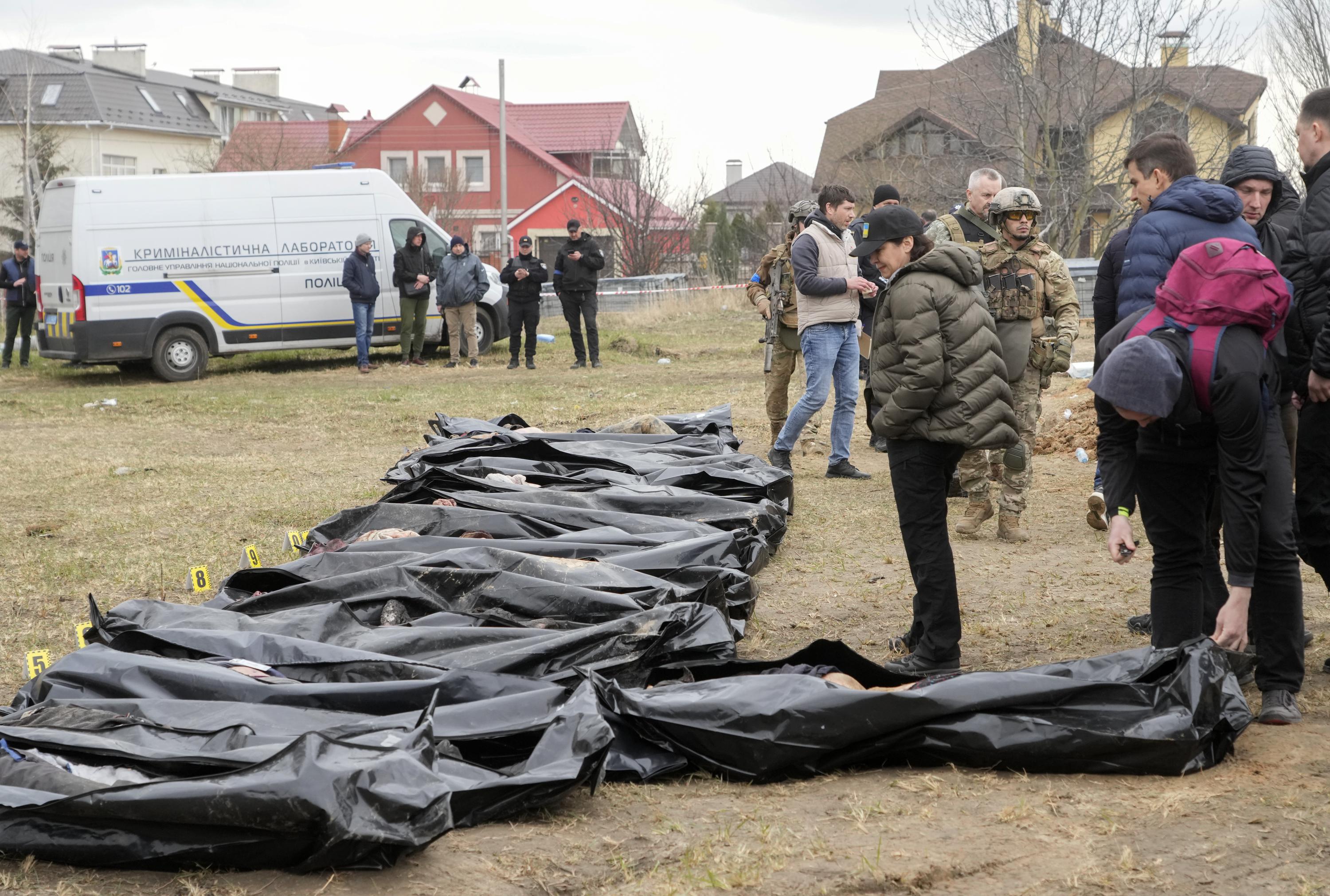 LONDON (AP) – The board chairman of Russian metals company Rusal has called for an investigation into events in the Kyiv suburb of Buchawhere Ukrainian officials say Russian troops killed civilians.

Rusal Chairman Bernard Zonneveld, an independent non-executive director, did not address who was responsible or even directly say anyone was killed in Buchawhere Ukrainian forces and journalists discovered scores of bodies on streets and in mass graves after Russian troops withdrew.

“We believe that this crime should be thoroughly investigated,” he said in a statement this week. “We support an objective and impartial investigation of this crime and call for severe punishment for the perpetrators.”

Zonneveld’s statement stood out because Russian companies have generally remained silent about the war amid rigorous suppression of opposition by Russian authorities and state-controlled media narratives in support of what the Kremlin calls a “special military operation.”

Zonneveld said the company was “interested in putting an end to the conflict in this European country as soon as possible” and that reports from Bucha “shocked us.”

The Kremlin has said the deaths were staged by the Ukrainians to denigrate Russian forces.

Ukrainian officials and Western leaders say Russian troops committed the killings and that they constitute a war crime. The shocking images led to a series of new sanctions by the West.

Rusal’s founder, Oleg Deripaska, has called for peace negotiations while another business figure, Roman Abramovich, has been seen attending negotiations between Ukrainian and Russian officials.