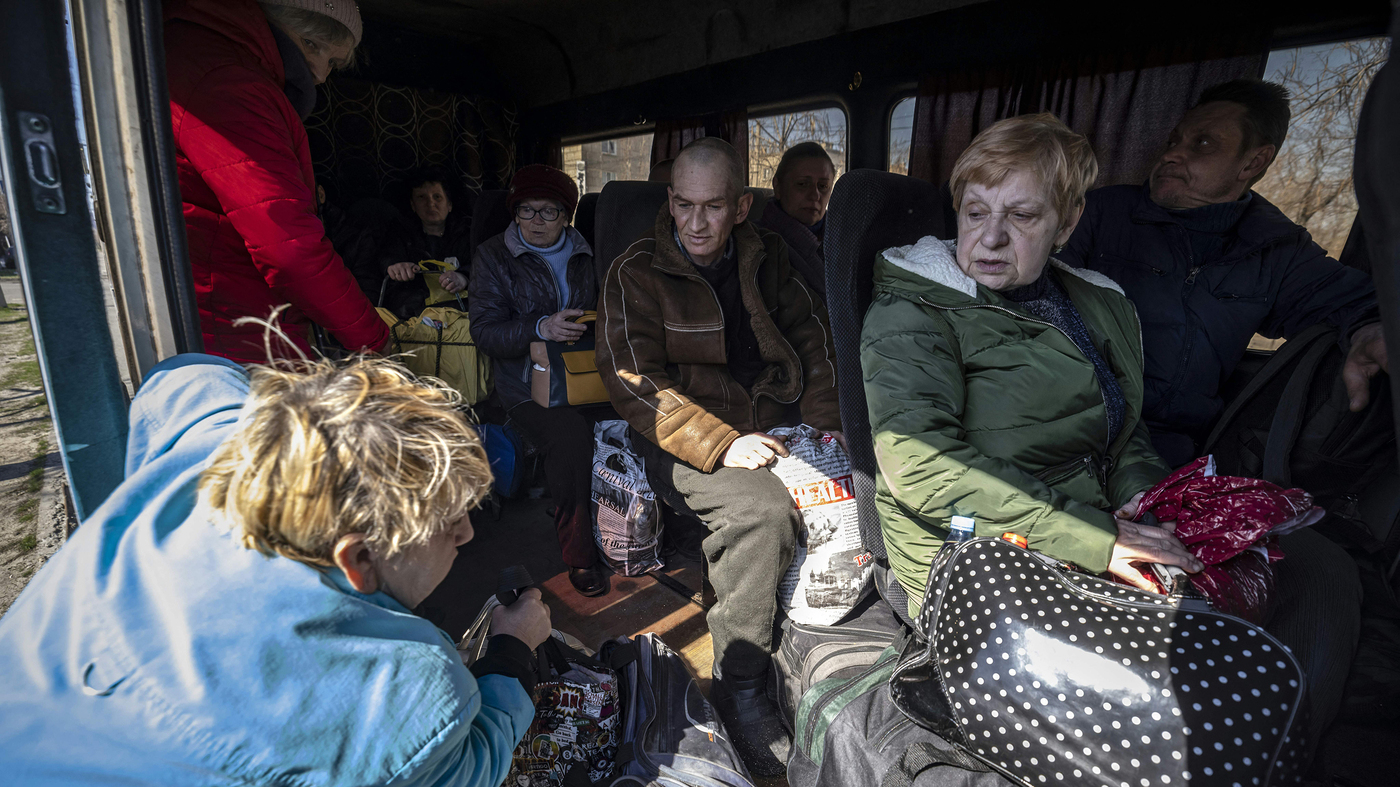 People crowd into a bus on Thursday on their way to a train station in Severodonetsk, as they try to flee eastern Ukraine.

People crowd into a bus on Thursday on their way to a train station in Severodonetsk, as they try to flee eastern Ukraine.

As Thursday draws to a close in Kyiv and in Moscow, here are the key developments of the day:

Ukrainian officials are urging residents of the eastern regions of Donestsk, Luhansk and Kharkiv to evacuate immediately. Russian troops have now withdrawn from the northern cities of Kyiv and Chernihiv, but are believed to be regrouping for a potential new attack in the east, where Moscow has recognized self-proclaimed separatist republics.

As US and European allies met in Brussels, Ukraine pushed for more military aid. Ukrainian Foreign Minister Dmytro Kuleba described his agenda in meetings with NATO foreign ministers as “weapons, weapons and weapons.”

The UN General Assembly voted to suspend Russia from the Human Rights Council. The resolution cited reports of “gross and systematic violations and abuses of human rights” in Ukraine. The tally was 93 in favor and 24 against, with 58 abstentions. China voted no, and India was among those abstaining.

Russia’s top diplomat accused Ukraine of backpedaling on a draft peace deal – a comment that Ukraine dismissed as propaganda. Russian Foreign Minister Sergei Lavrov said in a video address that Kyiv was changing demands related to Crimea, among other things. Ukraine’s top negotiator noted that Lavrov was not on the negotiating team. Lavrov also spoke of “savage behavior” by Ukrainian forces, in an apparent nod at a graphic video posted this week that appeared to show Ukrainian soldiers killing at least one injured Russian prisoner-of-war.

Pink Floyd announced the release of its first new music in 28 years, to raise money for Ukrainians. The new single, “Hey Hey Rise Up,” includes vocals from Andriy Khlyvnyuk of the Ukrainian band Boombox, who interrupted his music tour in the US to join a territorial defense unit in Ukraine.

Russian President Vladimir Putin’s daughters were just sanctioned. Here’s what we know about them.

Ukrainians return to Borodyanka after Russian withdrawal and find their town in ruins.

Doctors in Chernihiv bear witness to their hospital’s fate after Russian shelling.

Finnish customs seizes millions of dollars’ worth of artwork headed to Russia.

You can read more news from Thursday here, as well as more in-depth reporting and daily recaps here. Also, listen and subscribe to NPRs State of Ukraine podcast for updates throughout the day.