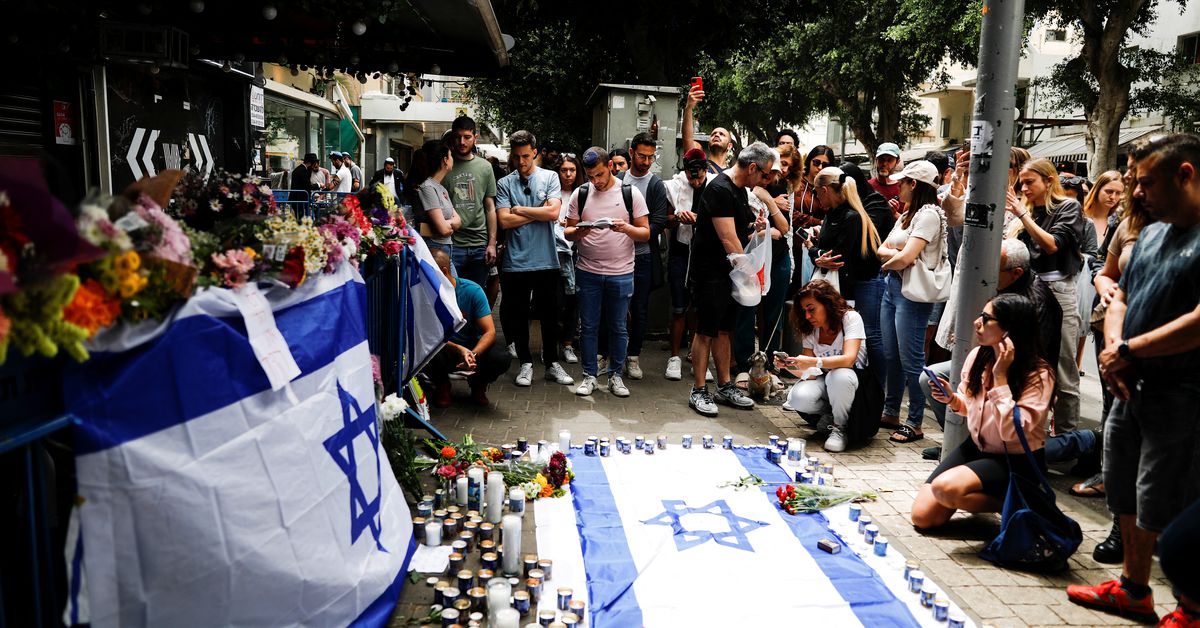 JERUSALEM, April 8 (Reuters) – Israeli security forces on Friday shot dead a Palestinian suspected of killing three people in a Tel Aviv bar, in the latest attack in a series of amid renewed tensions between Palestinians and Israelis.

The attacker had entered a pub on a crowded main street of Tel Aviv on Thursday night and began shooting, killing two people and wounding several others before fleeing. A third victim died of his wounds on Friday.L2N2W523G

Hundreds of security officers, assisted by a helicopter with a spotlight, combed the streets for hours while residents were told to stay indoors.

The officers found the suspected shooter hiding near a mosque in Jaffa, just south of Tel Aviv, Israel’s Shin Bet security agency said. During an exchange of fire he was killed, the agency said.

Shin Bet identified the gunman as a 28-year-old Palestinian from Jenin, in the occupied West Bank, who was in Israel without a permit. The specific motive for the attack was not immediately clear.

Israeli Prime Minister Naftali Bennett said Israeli forces were on high alert nationwide and there would be “no restrictions” in their fight to “eradicate terror”.

Palestinian President Mahmoud Abbas condemned the Tel Aviv attack. But he also warned of the dangers of incursions into Al-Aqsa Mosque in Jerusalem and the “provocative actions of extremist settler groups”, the Palestinian WAFA news agency reported.

Days before the start of the Muslim holy month of Ramadan, far-right Israeli lawmaker Itamar Ben-Gvir had toured the Al-Aqsa Mosque compound, known to Jews as Temple Mount, in a move seen by Palestinians as a provocation.

It is Islam’s third-most holiest site and last year saw nightly clashes between Palestinians and Israeli police during the fasting month.

Palestinians have also been reporting near-daily incidents of Jewish settler violence across the West Bank and East Jerusalem, which Israel captured in the 1967 war.

The Israeli-Palestinian peace process has been stalemated for years while settlements have expanded in areas the Palestinians want to be part of an independent state.

Reporting by Ari Rabinovitch in Jerusalem; Additional reporting by Ali Sawafta in Ramallah and Nidal al-Mughrabi in Gaza; Editing by Nick Macfie and Angus MacSwan