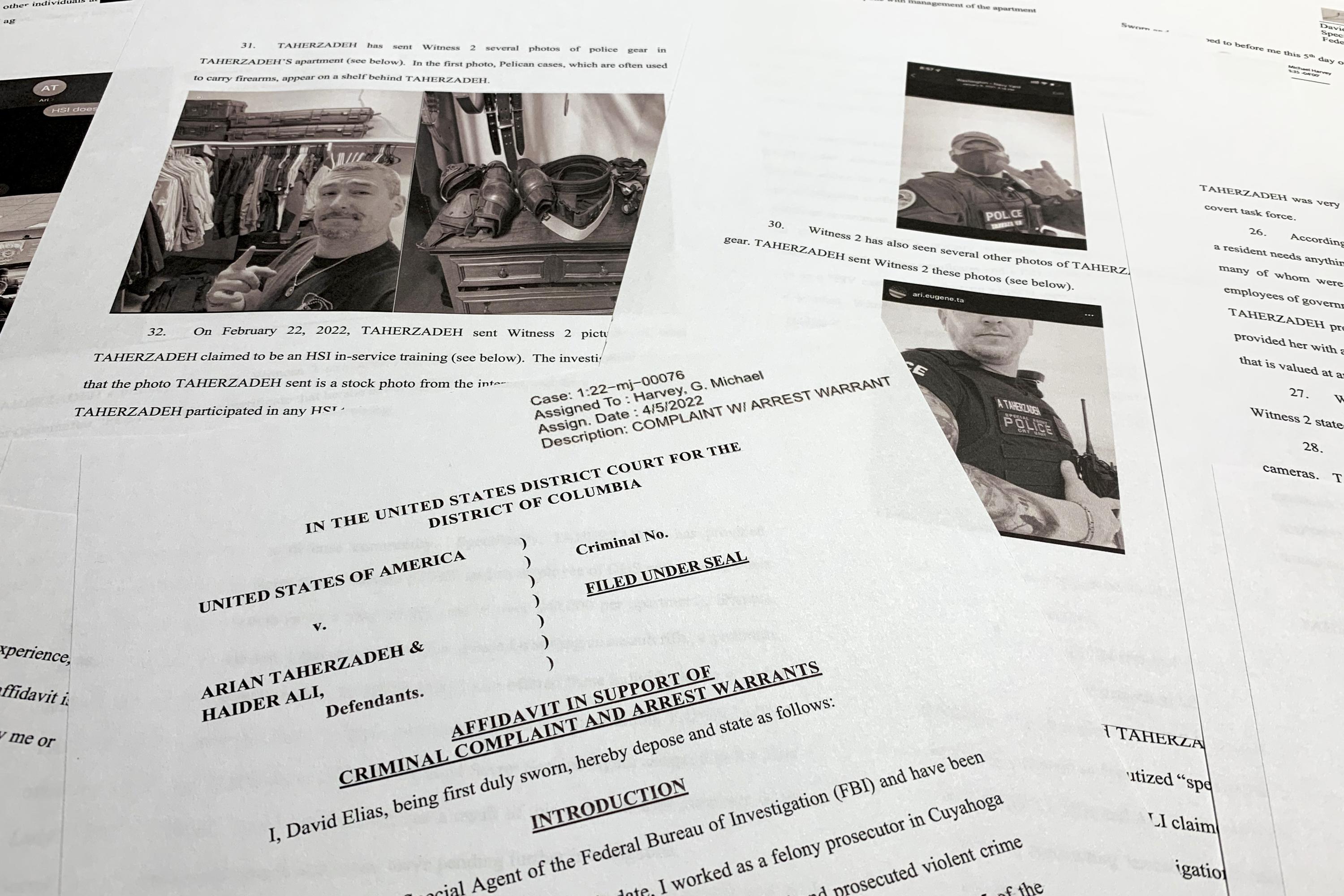 WASHINGTON (AP) – Federal prosecutors on Wednesday charged two men they say were posing as federal agents, giving free apartments and other gifts to U.S. Secret Service agents, including one who worked on the first lady’s security detail.

The two men – Arian Taherzadeh, 40, and Haider Ali, 36 – were taken into custody as more than a dozen FBI agents charged into a luxury apartment building in Southeast Washington on Wednesday evening.

Prosecutors allege Taherzadeh and Ali had falsely claimed to work for the Department of Homeland Security and work on a special task force investigating gang and violence connected to the Jan. 6 insurrection at the US Capitol. They allege the two posed as law enforcement officers to integrate with actual federal agents.

Taherzadeh is accused of providing Secret Service officers and agents with rent-free apartments – including a penthouse worth over $ 40,000 a year – along with iPhones, surveillance systems, a drone, flat screen television, a generator, gun case and other policing tools, according to to court documents.

He also offered to let them use a black GMC SUV that he identified as an “official government vehicle,” prosecutors say. In one instance, Taherzadeh offered to purchase a $ 2,000 assault rifle for a Secret Service agent who is assigned to protect the first lady.

Prosecutors said four Secret Service employees were placed on leave earlier this week as part of the investigation.

The plot unraveled when the US Postal Inspection Service began investigating an assault on a mail carrier at the apartment building and the men identified themselves as being part of a phony Homeland Security unit they called the US Special Police Investigation Unit.

Prosecutors say the men had also set up surveillance in the building and had been telling residents there that they could access any of their cellphones at any time. The residents also told investigators they believed the men had access to their personal information.

Taherzadeh and Ali are scheduled to appear in court on Thursday. It was not immediately clear if they had lawyers who could comment on the allegations.

Authorities did not detail what, if anything, the men were aiming to accomplish by posing as law enforcement officers or by providing the gifts. Prosecutors said the investigation remains ongoing.