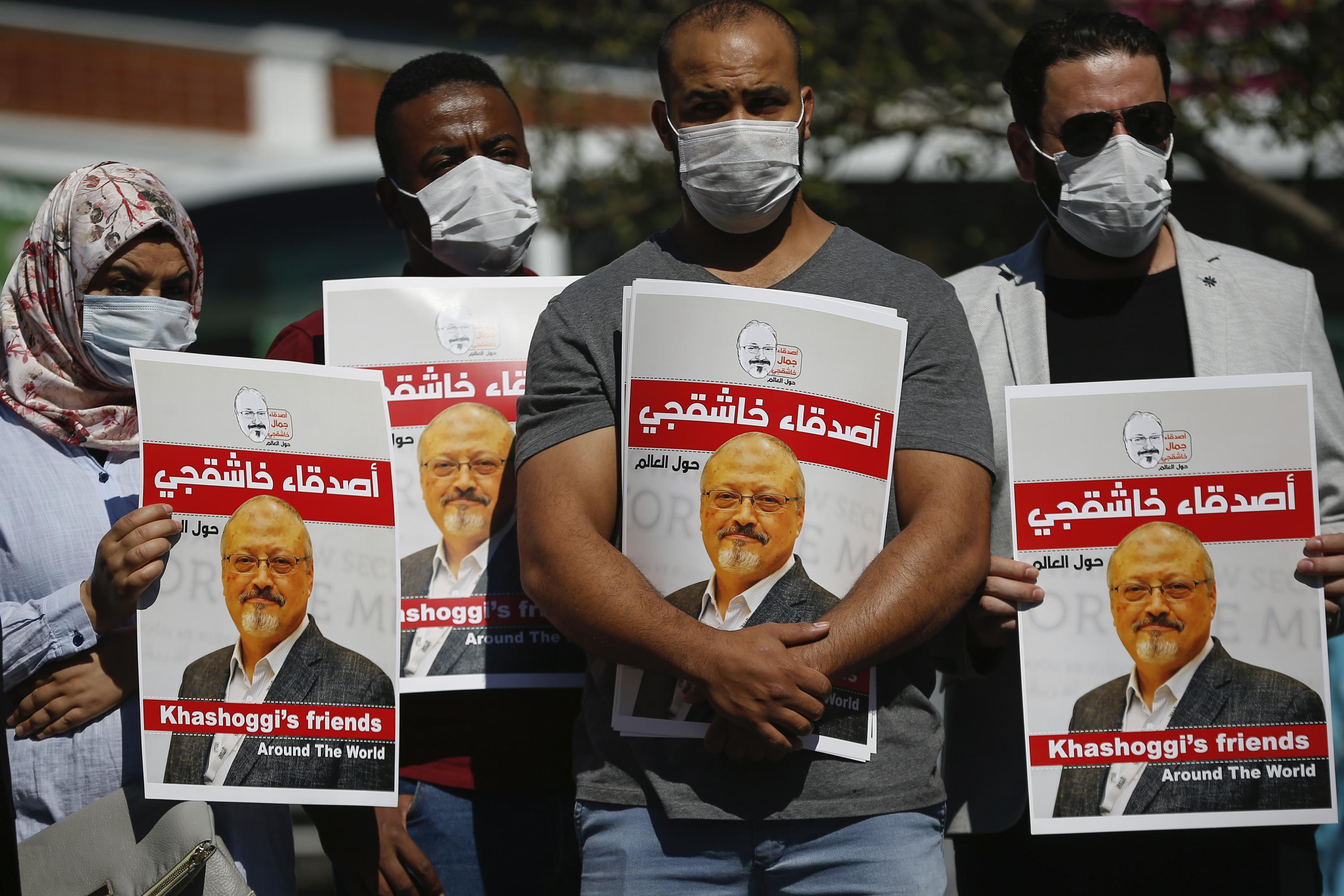 ISTANBUL (AP) – A Turkish court decided Thursday to transfer the trial of 26 Saudis accused in the gruesome killing of Jamal Khashoggi to Saudi Arabia, raising fears that those responsible for the death of the Washington Post columnist will not be brought to justice for a crime that drew international outrage.

The decision, which comes as Ankara is trying to repair relations with Saudi Arabia, was denounced as “scandalous” by a human rights group. It marked an abrupt reversal for Turkey, which had vowed to shed light on the killing and began prosecuting the defendants in absentia in 2020.

Khashoggi, a United States resident who wrote critically about Saudi Crown Prince Mohammed bin Salman, was killed Oct. 2, 2018, at the Saudi Consulate in Istanbul. He had gone into the consulate for an appointment to collect documents required for him to marry his Turkish fiancee, Hatice Cengiz, and never came out.

Turkish officials alleged that Khashoggi was killed and dismembered with a bone saw inside the consulate by a team of Saudi agents sent to Istanbul. The group included a forensic doctor, intelligence and security officers and individuals who worked for the crown prince’s office. His remains have not been found.

The Istanbul court’s decision comes despite warnings from human rights groups that turning the case over to the kingdom would lead to a cover-up of the killing, which has cast suspicion on the crown prince.

It was not clear if the kingdom, which has already put some of the defendants on trial behind closed doors, would open a new trial, and there was no immediate reaction from Riyadh to the decision.

At Thursday’s hearing, lawyers representing Cengiz asked the court not to move the proceedings to Saudi Arabia, the private DHA news agency reported.

“Let’s not entrust the lamb to the wolf,” the agency quoted lawyer Ali Ceylan as telling the court. “Let us protect the honor and dignity of the Turkish nation.”

But the court halted the trial in line with the Justice Ministry’s “positive opinion,” DHA reported. It also decided to lift arrest warrants issued against the defendants and gave the sides seven days to lodge any opposition.

Saudi Arabia had rejected Turkey’s requests to extradite the defendants, who included two former aides of the prince.

Some of the men were put on trial in Riyadh behind closed doors. A Saudi court issued a final verdict in 2020 that sentenced five midlevel officials and operatives to 20-year jail terms. The court had originally ordered the death penalty, but reduced the punishment after Khashoggi’s son, Salah, who lives in Saudi Arabia, announced he forgave them. Three others were sentenced to lesser jail terms.

At the time of the killing, Turkey apparently had the Saudi Consulate bugged and shared audio of the killing with the CIA, among others.

The slaying sparked international condemnation. Western intelligence agencies, as well as the US Congress, said an operation of such magnitude could not have happened without the knowledge of the crown prince.

Human rights advocates had also urged Turkey not to transfer the case to Saudi Arabia, arguing that justice for Khashoggi would not be delivered by Saudi courts.

“It’s a scandalous decision,” said Emma Sinclair-Webb, the Turkey director for the New York-based Human Rights Watch, asserting that the court had “rubber-stamped” a political decision that would allow the Turkish government to repair its ties with Saudi Arabia.

“In the interest of realpolitik, Turkey is ready to sacrifice justice for an egregious crime on its own soil,” she told The Associated Press. “(The decision) opens the way for other countries to commit assassinations on Turkish territory and get away with it.”

Cengiz said she would continue to seek justice.

“We will continue this (judicial) process with all the power given to me, as a Turkish citizen,” she told reporters outside the courthouse.

Turkey, which is in a deep economic downturn, has been trying to improve its strained relationship with Saudi Arabia and an array of other countries in the region. Some media reports have claimed that Riyadh has made improved conditional relations on Turkey dropping the case, which had inflamed tensions between two countries.

The move would pave the way for a resolution of disputes between the two regional heavyweights since the 2011 Arab Spring, including Turkey’s support for Islamist movements like the Muslim Brotherhood, which Riyadh considers a terrorist group. Turkey also sided with Qatar in a diplomatic dispute that saw Doha boycotted by Bahrain, Egypt, Saudi Arabia and the United Arab Emirates.