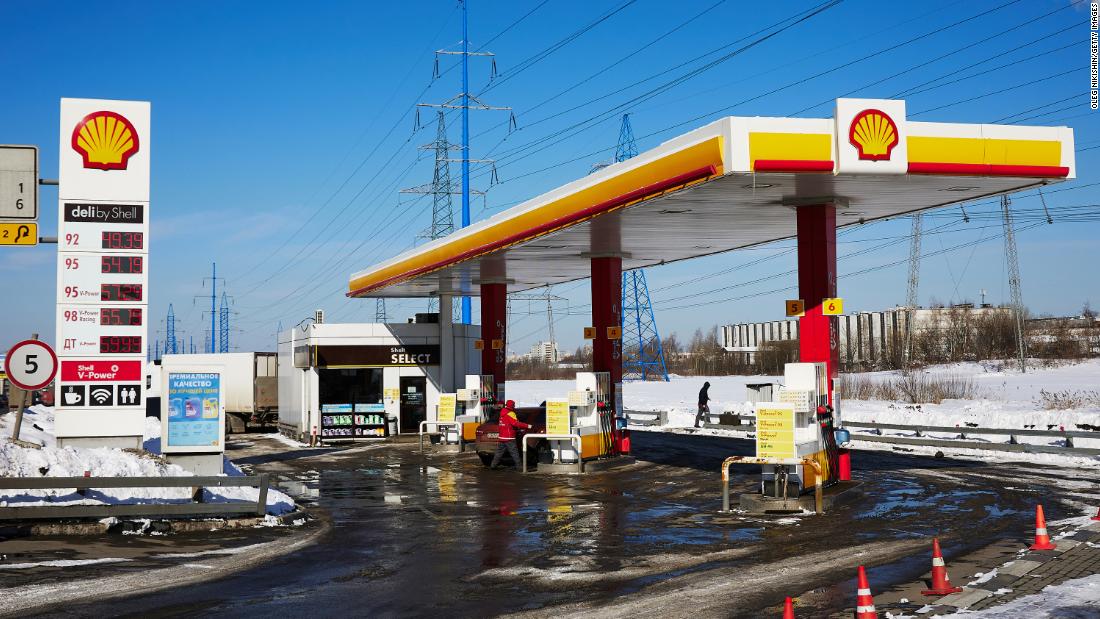 The post-tax impairments of between $ 4 billion and $ 5 billion in the first quarter will not impact the company’s earnings, Shell said in an update ahead of its earnings announcement on May 5.

Shell, whose market capitalization is around $ 210 billion, had previously said the Russia writedowns would reach around $ 3.4 billion. The increase was due to additional potential impacts around contracts, writedowns of receivables, and credit losses in Russia, a Shell spokesperson said.

Shell (RDSA) shares were down 1.2% at the start of London trading.

The start of 2022 marked one of the most turbulent periods in decades for the oil and gas industry as Western companies including Shell rapidly pulled out of Russia, severing trading ties and winding down joint ventures following Moscow’s invasion of Ukraine.

Shell said it will exit all its Russian operations, including a major liquefied natural gas plant in the Sakhalin peninsula in the eastern flank of the country.

Shell did not provide any guidance on the future of its stakes in Russian projects.

Benchmark oil prices soared to an average of more than $ 100 a barrel in the quarter, their highest since 2014, while European gas prices hit a record high.

The unprecedented volatility in commodity prices in recent months has pushed several traders to the brink as they scrambled to sharply increase down payments for oil and LNG cargoes.

Shell, the world’s largest liquefied natural gas trader, said earnings from LNG trading were expected to be higher in the quarter compared to the previous three months. Earnings from oil trading are set to be “significantly higher” in the quarter.

Cash flow in the quarter would be negatively impacted by “very significant” outflows of around $ 7 billion as a result of changes in the value of oil and gas inventories.

Shell’s fuel sales averaged 4.3 million barrels per day in the quarter, down from 4.45 million bpd in the previous quarter, Shell said. LNG liquefaction volumes were slightly higher on the quarter, averaging 8 million tonnes.