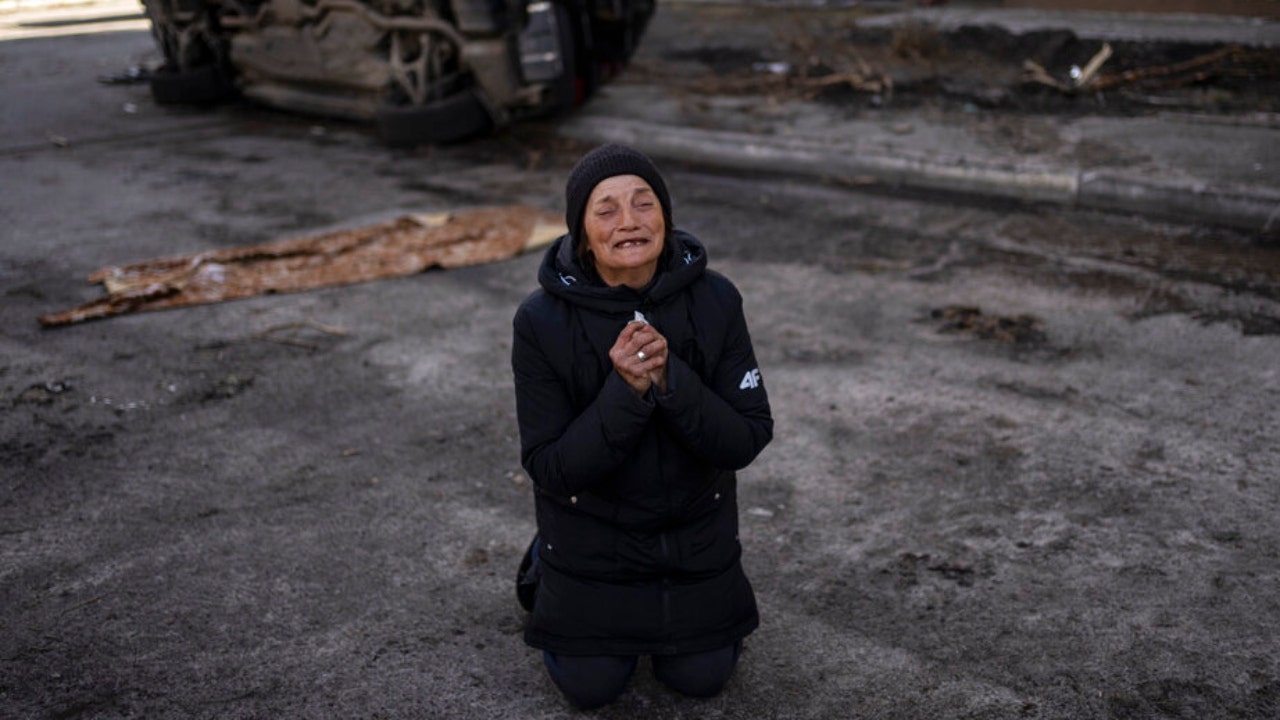 The Russian troops who carried out the atrocities in the Ukrainian city of Bucha discussed the killing of civilians over the radio, according to Germany’s intelligence agency, which claims to have intercepted the radio messages.

Russian troops occupied Bucha, 23 miles northwest of Kyiv, for more than a month following the Feb. 24 invasion of Ukraine. Local officials say that Russian forces killed more than 300 people in Bucha alone, and executed 50 of them.

Tanya Nedashkivs’ka, 57, mourns the death of her husband, killed in Bucha, on the outskirts of Kyiv, Ukraine, Monday, April 4, 2022. Russia is facing a fresh wave of condemnation after evidence emerged of what appeared to be deliberate killings of civilians in Ukraine.
((AP Photo / Rodrigo Abd))

Moscow has denied the accusations, suggesting that Ukraine planted fake evidence. The Kremlin has called the Western allegations a “monstrous forgery” meant to discredit the Russian army.

According to Der Spiegel, the radio messages corresponded with known deaths. A soldier reportedly discusses shooting someone off a bicycle, and photos show a body lying next to a bicycle.

WARNING: GRAPHIC IMAGE: Policemen work on the identification process following the killing of civilians in Bucha, before sending the bodies to the morgue, on the outskirts of Kyiv, Ukraine, on Wednesday.
(AP / Rodrigo Abd)

“What we have seen in Bucha is not the random act of a rogue unit. It’s a deliberate campaign to kill, to torture, to rape, to commit atrocities,” US Secretary of State Antony Blinken said Tuesday. “The reports are more than credible, the evidence is there for the world to see.”

Western governments responded to the Bucha reports with new sanctions. Many of them also expelled Russian diplomats from their countries.

BND did not respond to Fox News’ request for comment by press time.

WARNING: GRAPHIC IMAGE: A dog lays next to the body of a civilian in Bucha, Ukraine on Sunday.
(REUTERS / Stringer TPX IMAGES OF THE DAY)