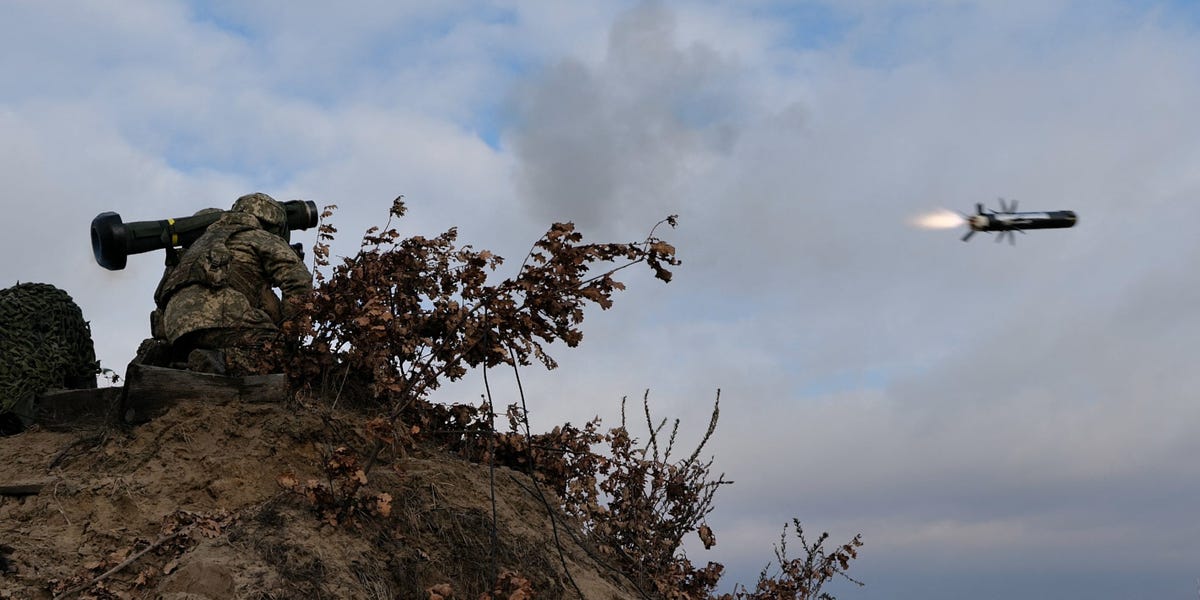 The billions of dollars in security assistance, including weaponry, that the US has delivered to Ukraine in recent weeks have arrived at unprecedented speed, a Pentagon official said on Wednesday.

The latest aid package, worth $ 100 million, was announced on Tuesday. It is meant “to meet an urgent Ukrainian need for additional Javelin anti-armor systems,” the US Defense Department said.

In total, the US has provided $ 1.7 billion in security assistance to Ukraine since Russia’s invasion began on February 24 and more than $ 2.4 billion since the Biden administration took office.

At a press conference Wednesday, Chief Pentagon spokesman John Kirby emphasized the speed with which that assistance has been delivered.

For the recent aid packages, Kirby said, “from the time the president signs it to it actually arriving in the region it can be as little as four days, and then it’s not like it’s sitting in storage for a week or two.”

“We’re able to get this material because we’re being so careful and so nimble in how these ground shipments are going,” Kirby said Wednesday. “We’re able to get it into Ukraine and often into the fight within 48 hours sometimes. I mean, that’s incredibly fast.”

Kirby added that a $ 350 million package of security assistance that was approved on February 26 was “completed in about three weeks.”

Such deliveries have “never been done that fast before,” Kirby said.

The April 1 package was authorized under the Ukraine Security Assistance Initiative, through which the US procures items from US firms. Other packages have been approved as drawdowns directly from US stocks.

The US has hastened to provide anti-aircraft and anti-armor weapons, such as Stinger and Javelin missiles, which US officials say are best suited for the threats faced by Ukrainian forces. The March 16 package included 800 Stingers and 2,000 Javelins, bringing the total of each provided by the US to 1,400 and 4,600, respectively.

Among the drones in the April 1 package were Switchblade tactical unmanned systems, a loitering munition, or “kamikaze drone.”

Kirby said Wednesday that “a very small number” of Ukrainian soldiers who have been training in the US since the fall have received training with the Switchblades.

“We took the opportunity, having them still in the country, to give them a couple of days’ worth of training on the Switchblade so that they can go back – and they will be going back soon, back home – to train others in the Ukrainian military, “Kirby said, adding that a person could be” suitably trained “on the Switchblade in about two days.

Switchblades come in two variants, a lighter one designed to destroy infantry and artillery targets and a heavier version designed to take out tanks and armored vehicles.

Speaking to lawmakers on Tuesday, Secretary of Defense Lloyd Austin indicated that both variants were headed to Ukraine, saying they “will move as quickly as they possibly can.”

On Wednesday, Kirby declined to confirm both variants were being sent but said the US would continue discussions with the Ukrainians “and helping them get additional ones if they need it.”

“We’re going to keep doing it as much as we can, as fast as we can,” Kirby said, “and we’re going to be as careful as we can so that flow can continue, because obviously they’re in a very, very active fight. “