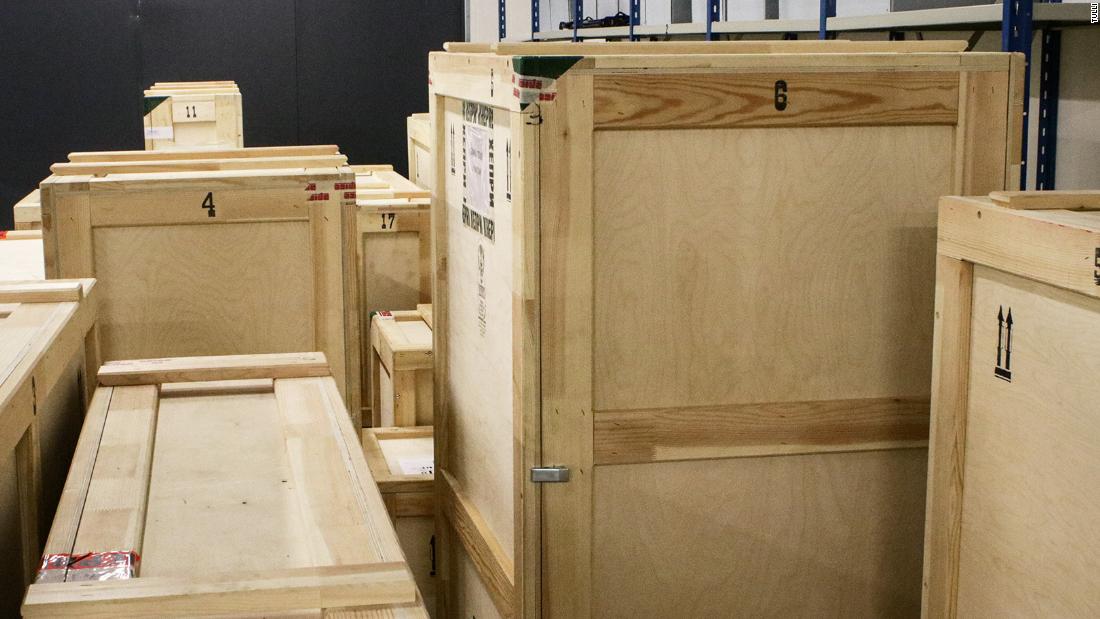 Artwork worth $ 46 million has been seized by Finnish Customs on its return to Russia, according to a statement from the government agency Wednesday.

Customs said that, due to European Union sanctions, it had confiscated three shipments of Russian paintings and sculptures over the weekend at Vaalimaa, a southeastern border crossing point. The artwork was returning to Russia via Finland after being part of international exhibitions in Italy and Japan.

“It is important that the enforcement of sanctions works effectively,” said Sami Rakshit, director of Finnish Customs’ enforcement department, in a statement.

“The enforcement of sanctions is part of our normal operations and we always direct our controls based on risks. The shipments that have now come under criminal investigation were detected as part of our customary enforcement work.”

The confiscations were justified under the premise that the artwork qualifies as “luxury goods,” which are included in EU sanctions against Russia. According to Finnish Customs, the Finnish Foreign Ministry confirmed that the EU list of sanctions contains a paragraph on works of art.

“It seems that the whole of Europe, not just the EU and NATO, has gone crazy,” said Tsekov. “Now works of art belonging to Russia are not allowed to return to their homeland, to Russian museums.”

RIA Novosti, citing the Russian Ministry of Culture, said that the artwork was part of two exhibition projects in Italy – one at a gallery in Milan’s Scala Square, and one at the Museum of Modern and Contemporary Art in Udine. They were on loan from Russia’s State Tretyakov Gallery and State Museum of Oriental Art.

Other pieces from Moscow’s Pushkin State Museum of Fine Arts were returning from Japan, where they were on exhibit at Chiba City Museum in Tokyo.

Finnish Customs said in the statement that “the works of art are being stored with overall consideration for their value, characteristics and safety,” and that an investigation is underway.

European leaders have been implementing an array of sanctions on Russia, with measures increasing in recent days following the atrocities seen in Bucha, near Kyiv.

While sanctions have been largely designed to target Russia’s economy, the country’s cultural influence is also being curtailed.

Since Moscow invaded Ukraine on February 24, the art world has canceled shows and applied pressure to Russia’s art institutions.