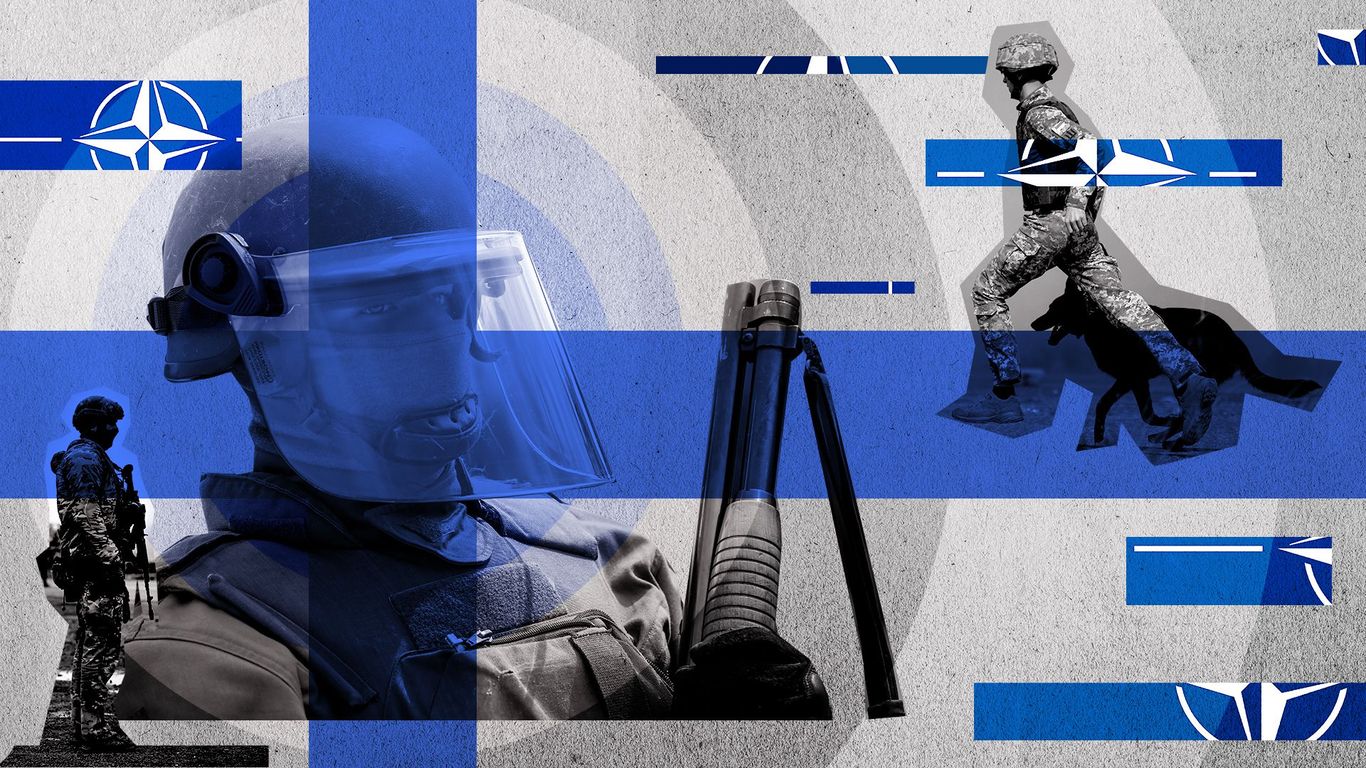 Public support and political momentum for Finland joining NATO has reached an all-time high as a result of the war in Ukraine, raising the very real possibility that the alliance’s borders with Russia could extend by more than 830 miles in a matter of months.

Why it matters: Russia’s invasion of Ukraine has forced a reckoning in European capitals over defense spending and security policy. If Finland joins NATO, it would represent the biggest transformation of Europe’s security architecture in years.

State of play: The Finnish government is expected to submit a report to parliament on the changed security environment by the end of this month, kicking off a debate and eventually a recommendation on applying for NATO membership.

What they’re saying: “I think Finns at the moment are driven by what I call rational fear,” former Finnish Prime Minister Alexander Stubb told Axios in an interview.

Driving the news: Stubb told Axios he believes the government could decide to apply to NATO as soon as May – a stunning timeline given where public opinion was only a few months ago.

The big picture: Finland maintains a formidable military with 280,000 troops and 900,000 reservists, and has been deepening its cooperation with NATO for years.

Between the lines: Russia’s invasion of Ukraine has underscored for non-aligned countries like Sweden and Finland that having close ties to NATO is a long way from having Article Five protection, as Kyiv’s pleas for a no-fly zone have gone unanswered.

What to watch: Applying to NATO raises the risk that Russia could take aggressive action against Finland in the period after the decision is made and before membership is actually granted.