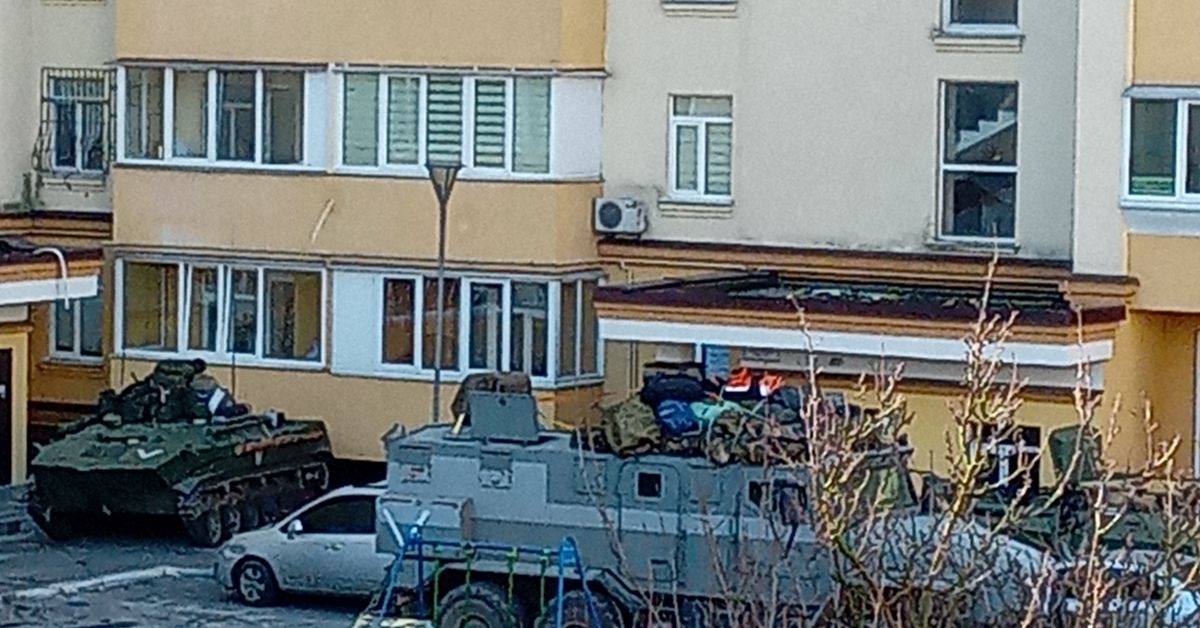 BUCHA, Ukraine, April 7 (Reuters) – (Note: Some images in this story may offend or disturb.)

Set in a quiet, tree-lined neighborhood of the Ukrainian town of Bucha, an apartment complex on Vodoprovidna street has neatly trimmed verges with pedestrian walkways. Number 34a Vodoprovidna is one of a clutch of modern apartment buildings that back on to a kindergarten.

Residents are largely middle class: Vasyl Nedashkivskiy, who fitted PVC windows, lived on the fifth floor with his wife, Tetyana, and their dog, Nika. Another resident is a child psychologist and a third, Oleksii Tarasevich, a nanotechnology engineer. Russian soldiers arrived at the address just after noon on March 5, according to Tarasevich, who kept a diary and a video and photo record of what he saw from his apartment window. He shared the images and footage with Reuters, which verified they were taken during the relevant time period.

A month later, 47-year-old Nedashkivskiy and another local were dead – their mutilated bodies discovered on a basement stairwell of a building in the complex – and many of the complex’s residents had fled. In a residents’ parking lot, a Renault Captur SUV and an Audi saloon lay flipped over.

The accounts by at least a dozen of the complex’s residents paint a picture of violence and intimidation by the soldiers while they were in the neighborhood. Nedashkivskiy had been badly beaten while unarmed, according to his wife and Tarasevich.

A photograph of Nedashkivskiy’s body reviewed by Reuters showed his face and hands had been smashed with what appeared to be a blunt instrument.

The second man was found dead on April 1 at the same spot where Nedashkivskiy’s body was discovered, according to Tetyana. Marks on the second man’s body, which was seen by Reuters two days later, indicated he had been beaten and shot through the mouth at very close range. read more

The witness accounts and video gathered by Reuters also indicate the Russian soldiers were concerned that even though there was no visible Ukrainian military presence inside Bucha from early March, they could still be targeted by drones or by combatants concealed among the residents. Video shows soldiers in full combat gear with weapons cocked and Tarasevich said they took blankets from the apartments to camouflage their vehicles, and appeared scared and on edge.

The accounts also reveal acts of defiance by residents who resented the invaders occupying their city and their apartment complex.

The Kremlin and the Russian defense ministry did not respond to detailed requests for comment on the deaths of the two men, events at the apartment complex portrayed by residents and Ukrainian allegations of Russian killings of civilians in Bucha.

Russia has denied deliberately targeting civilians following its Feb. 24 invasion of Ukraine. Moscow launched what it calls a “special military operation” in Ukraine, aiming to demilitarize and “denazify” Ukraine. Ukraine and the West say the invasion was illegal and unjustified.

Since Russian troops pulled back from Bucha last week, Ukrainian officials have said hundreds of civilians have been found dead. Bucha’s mayor has said dozens were the victims of extra-judicial killings carried out by Russian troops. Reuters could not independently verify those figures.

Reuters has witnessed the remains of five victims in Bucha who were shot through the head. One had his hands tied behind his back. Another his feet tied. Reuters has not been able to independently determine who was responsible. read more

Russian Foreign Ministry spokeswoman Maria Zakharova said at a news briefing on Wednesday that images purporting to show dead civilians in Bucha were fake and published in order to justify further sanctions by the West against Moscow and “to complicate, if not completely disrupt, (peace) talks. “

Bucha is some 30 kilometers northwest of the center of Ukrainian capital, Kyiv. Tarasevich said that before Russian soldiers reached town, he and Vasyl Nedashkivskiy had helped members of the Ukrainian territorial defense forces, made up of civilian volunteers, build barricades near the Kyiv satellite town of Irpin.

Russian soldiers started reaching Bucha on Feb. 27, locals said, a week before their arrival at the complex on Vodoprovidna street. There, they commandeered three apartments in one of the buildings, which they used as a command post, and also used a basement, Tarasevich said. Troops parked armored personnel carriers and military trucks in the courtyard of the apartment complex, images recorded by Tarasevich showed.

About 3,700 civilians stayed in Bucha after the Russians arrived, the town’s mayor has said, or about a tenth of the town’s population.

The troops ordered residents to wear white bands around their arms to identify them as civilians, eight residents told Reuters. The soldiers implemented a curfew every night, according to Tarasevich and Tetyana.

Soldiers searched apartments, leaving hand-written signs on the door saying in Russian: “Inspected,” Tarasevich said. When they encountered empty apartments, they sometimes took contents, he added. One photo he shared with Reuters showed an armored truck parked outside with what appeared to be civilian sports bags lashed to the roof.

Tarasevich said he gave the soldiers an old, broken phone. His actual phone was hidden under his elderly mother, who he lives with. He said he told soldiers she was too infirm to get up, so they did not search her bed.

Tarasevich said he hid in his apartment munitions that he pulled out of a damaged Russian military vehicle on Feb. 27 after it was attacked by Ukrainian troops. He said he had planned to hand them over to Ukrainian forces, but did not manage to before the Russians arrived at the complex.

A BODY ON THE STAIRS

On the evening of March 17, Vasyl Nedashkivskiy arrived at the entrance to his building a few minutes after the 5 pm curfew, according to his wife and Tarasevich, whose apartment is on the same landing as the couple’s. They said Nedashkivskiy was not wearing the white arm band required by the Russian soldiers.

Both told Reuters they heard the sound of raised voices from the ground floor. A soldier came to Tarasevich’s apartment and, pointing his weapon at him, ordered him to go downstairs, according to Tarasevich.

When he protested, the soldier brandished his weapon at him and threatened him verbally, according to Tarasevich, who detailed his account in a signed testimony reviewed by Reuters that he said he gave to the local prosecutor’s office. Neither the prosecutor’s office in Kyiv or the local branch immediately responded to requests for comment.

Tarasevich said he helped Nedashkivskiy onto a bench by the building entrance. The soldiers then sent Tarasevich back to his apartment.

About two hours later, according to Tarasevich, he heard a noise on the landing and through the spyglass in his door saw Nedashkivskiy, with some soldiers, going into the couple’s apartment.

According to Nedashkivskiy’s wife, the soldiers then found the automatic weapon, which was hidden under a television. She said her husband obtained it when, before Russian troops arrived, acquaintances serving in the Ukrainian territorial defenses had left if there for safekeeping.

The soldiers took the couple to the command post, in building 33b, Tetyana said. There, a soldier struck her husband with the butt of his gun, she added.

Tetyana said she was taken into a room, a children’s bedroom, where she fell asleep. When she woke, her husband was gone.

A soldier told her he had been taken for questioning at the unit’s headquarters, without identifying the location, according to Tetyana. Reuters, during a visit to the building Thursday, observed drips of dried blood on the floor and walls leading out from the command post where she said they had been taken, and down the stairs.

After four days held in the command post, Tetyana said soldiers allowed her to return home. Her husband’s body was found around a week later, on April 1, on the steps leading down to the basement of the building that housed the command post.

She said her husband had refused to bend to the will of the Russian soldiers. “Vasya did not put on the white arm band,” she said, using an affectionate version of his first name. “He said: ‘I’m on Ukrainian soil. I’m Ukrainian’.” 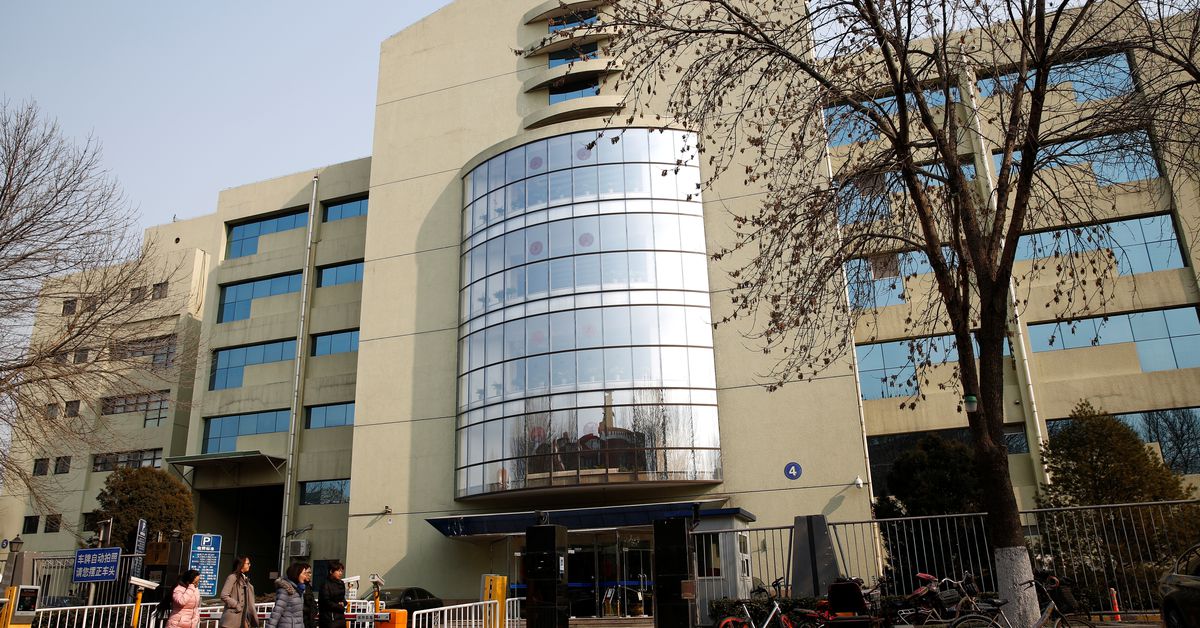 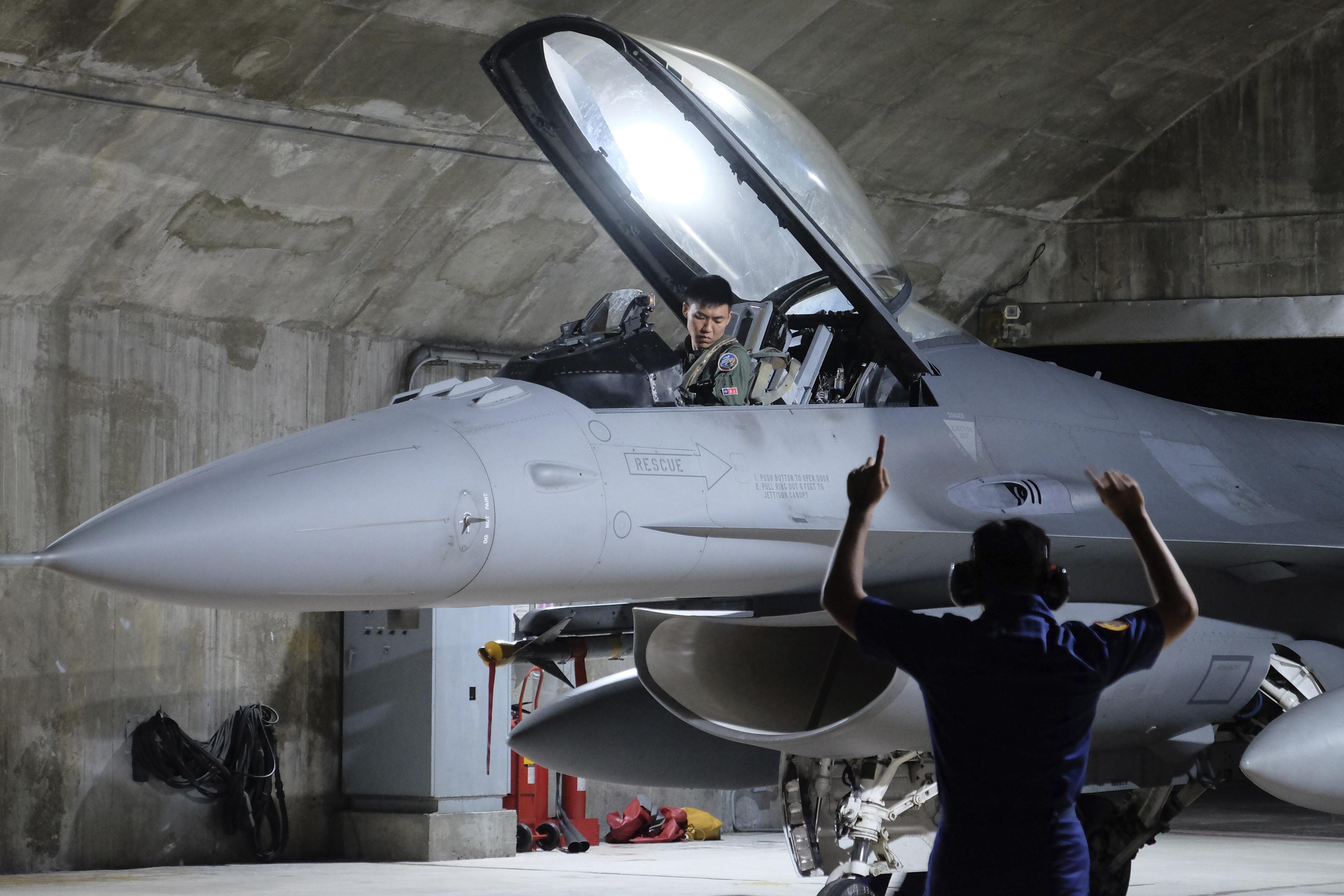