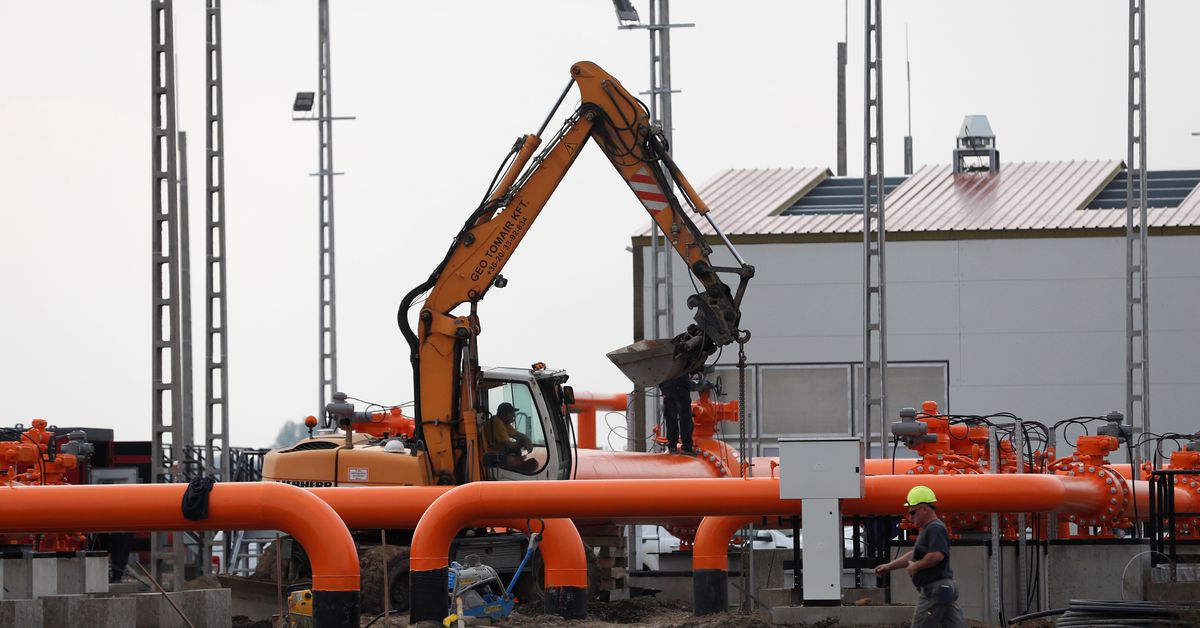 Gas pipelines are seen in a gas distribution center near the Serbian border in Kiskundorozsma, Hungary, September 28, 2021. REUTERS / Bernadett Szabo

BUDAPEST / LONDON, April 6 (Reuters) – Hungary said on Wednesday it was prepared to pay rubles for Russian gas, breaking ranks with the European Union which has sought a united front in opposing Moscow’s demand for payment in the currency.

Hungary will pay for shipments in rubles if Russia asks it to, Prime Minister Viktor Orban told a news conference on Wednesday in response to a Reuters question.

Russian President Vladimir Putin has warned Europe it risks having gas supplies cut unless it pays in rubles as it seeks retaliation over Western sanctions for Moscow’s invasion of Ukraine.

With weeks go to before bills are due, the European Commission has said that those with contracts requiring payment in euros or dollars should stick to that. read more

Hungary’s Foreign Minister Peter Szijjarto earlier said that EU authorities had “no role” to play in its gas supply deal with Russia, which was based on a bilateral contract between units of Hungarian state-owned MVM and of Gazprom.

The European Commission does not comment on declarations from national authorities, a spokesperson said.

Hungary has been one of a few EU member states that have rejected energy sanctions against Moscow in response to the invasion, which Russia terms a “special military operation”.

Orban, whose government has pursued close business relations with Moscow for over a decade, swept to power for a fourth consecutive term in elections on Sunday, partly on a pledge to preserve security of gas supply for Hungarian households.

While Putin’s demand has raised hackles in many of Europe’s capitals, its governments – which on average rely on Russia for more than a third of their gas – are discussing the issue with energy companies.

On Monday, Slovakia said it will act in unison with the EU, while Poland’s dominant gas company PGNiG has maintained that its original contract with Gazprom which expires at the end of this year is binding on both parties.

Austria’s OMV (OMVV.VI) and Russia’s Gazprom (GAZP.MM) have had initial contact about paying for gas in rubles, a spokesperson for OMV said on Friday, though the government in Vienna said there was no basis for payment in any currency other than euros or dollars. read more

Ukraine’s foreign minister insisted an embargo on Russian gas and oil is needed but the European Union has so far stopped short, while preparing to propose a ban on coal imports and other products. read more

European buyers are increasing shipments of coal from across the globe against a backdrop of a proposed EU ban on Russian imports and the scramble to relieve tight gas supplies, according to data and shipping sources. read more

The European Commission’s intention “that there should be some kind of common response from countries importing Russian gas” was not considered necessary, Hungary’s Szijjarto said, adding that nations had individually signed bilateral contracts.

“And… no one has a say in how we modify our own contract.”

Hungary, which is heavily reliant on Russian gas and oil imports, signed a new long-term gas supply deal last year under which Gazprom is expected to ship 4.5 billion cubic meters of gas annually.

Meanwhile, Putin has discussed expanding Moscow’s economic cooperation with Belgrade, including in the energy sector, with his Serbian counterpart Aleksandar Vucic. read more

Serbia’s contract for Russian gas expires on May 31. “Talks about the new contract need to be launched as soon as possible,” a statement from Vucic’s office said.

Latvia’s largest gas trader, which is a third owned by Gazprom, has said it is considering whether it should pay in euros or rubles for Russian gas but a Latvian foreign ministry spokesman said: “Latvia does not support paying in rubles and there has to be a common EU approach. “

Lithuania has said it will no longer import Russian gas to meet its domestic needs, becoming the first country in Europe to have secured its independence from Russian supplies.