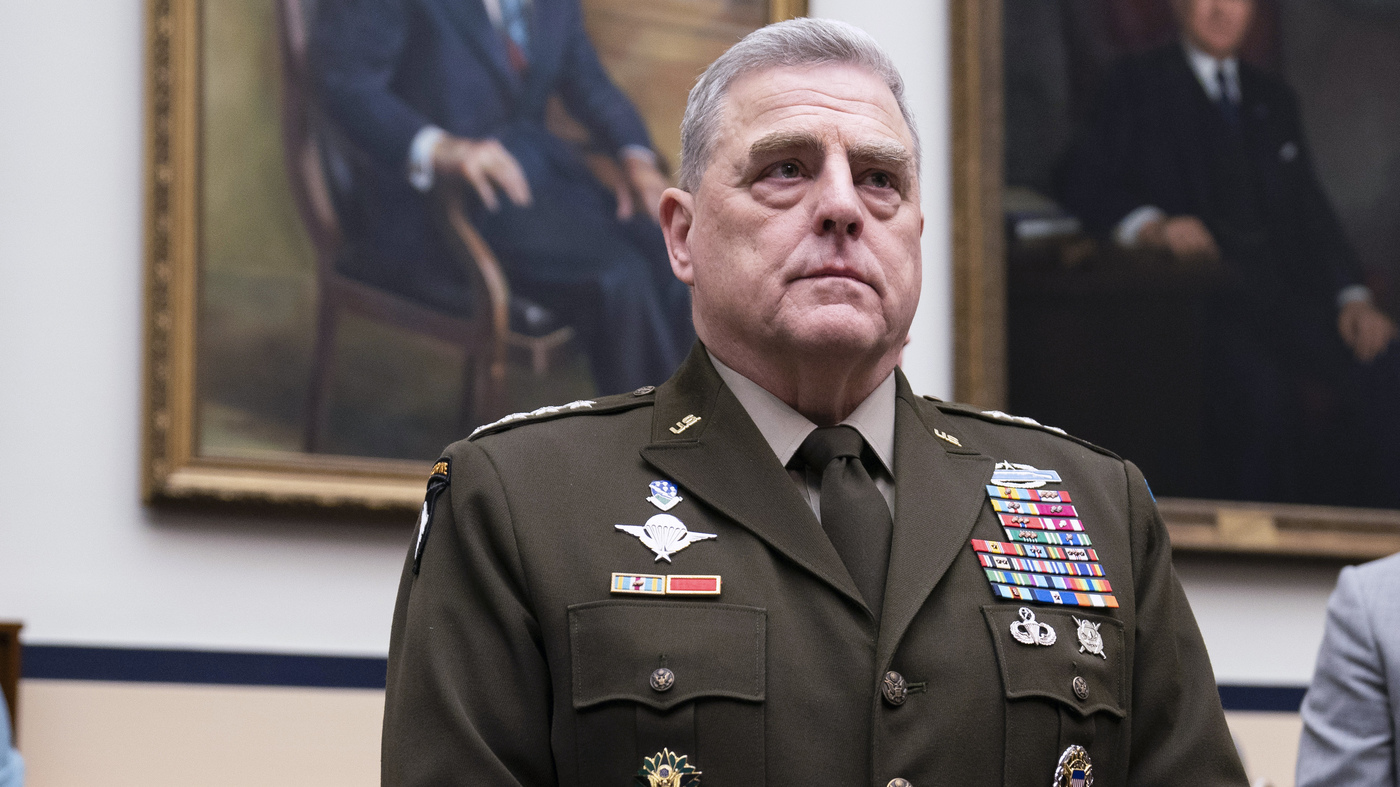 Chairman of the Joint Chiefs of Staff Gen. Mark Milley, left, arrives for a House Armed Services Committee hearing on the fiscal year 2023 defense budget on April 5, 2022, in Washington.

Chairman of the Joint Chiefs of Staff Gen. Mark Milley, left, arrives for a House Armed Services Committee hearing on the fiscal year 2023 defense budget on April 5, 2022, in Washington.

WASHINGTON – The United States, United Kingdom and Australia announced Tuesday they will work together via the recently created security alliance known as AUKUS to develop hypersonic missiles.

The move comes amid growing concern by the US and allies about China’s growing military assertiveness in the Pacific. US President Joe Biden, British Prime Minister Boris Johnson and Australian Prime Minister Scott Morrison announced the plan after holding a check-in on the progress of AUKUS, the Indo-Pacific alliance that was launched by the three countries in September.

The leaders said in a joint statement they are “committed today to commence new trilateral cooperation on hypersonics and counter-hypersonics, and electronic warfare capabilities, as well as to expand information sharing and to deepen cooperation on defense innovation.”

The US, Russia and China have all looked to further develop hypersonic missiles – a system so fast that it can not be intercepted by any current missile defense system.

Moves by China and Russia stir concern in Washington

In October, Gen. Mark Milley, the chairman of the Joint Chiefs of Staff, confirmed that China had conducted a test of a hypersonic weapon system as part of its aggressive effort to advance in space and military technologies.

Milley described the Chinese test as a “very significant event of a test of a hypersonic weapon system, and it is very concerning,” in a Bloomberg Television interview.

Russia has used hypersonic missiles “multiple” times in Ukraine, according to the top US commander in Europe.

Last fall, as US intelligence officials had become increasingly concerned about the massing of Russian forces on the Ukraine border, Russian President Vladimir Putin urged the country’s arms manufacturers to develop even more advanced hypersonic missiles to maintain the country’s edge in military technologies.

In mid-March, Moscow claimed it used a hypersonic missile to strike a munitions warehouse in western Ukraine.

The Russian military has said that its Avangard system is capable of flying 27 times faster than the speed of sound and making sharp maneuvers on its way to a target to dodge the enemy’s missile shield. It has been fitted to the existing Soviet-built intercontinental ballistic missiles instead of older type warheads, and the first unit armed with the Avangard entered duty in December 2019.

The Kinzhal, carried by MiG-31 fighter jets, has a range of up to 2,000 kilometers (about 1,250 miles) and flies at 10 times the speed of sound, according to Russian officials.

Boosting defense capabilities in the Pacific

The Pentagon’s 2023 budget request already includes $ 4.7 billion for research and development of hypersonic weapons. It includes planning that would have a hypersonic missile battery fielded by next year, a sea-based missile by 2025 and an air-based cruise missile by 2027.

Biden, Johnson and Morrison have billed the creation of AUKUS as a chance to build greater sharing of defense capabilities. As their first major action, the alliance said it would help equip Australia with nuclear-powered submarines.

“The paramount goal is to ensure we get that capability as soon as we can and it’s in the best form that can be working with our partners,” Morrison told reporters.

Australia’s Defense Minister Peter Dutton had earlier announced plans to spend $ 2.6 billion to acquire long-range strike missiles for fighter jets and warships years ahead of schedule because of growing threats posed by Russia and China.