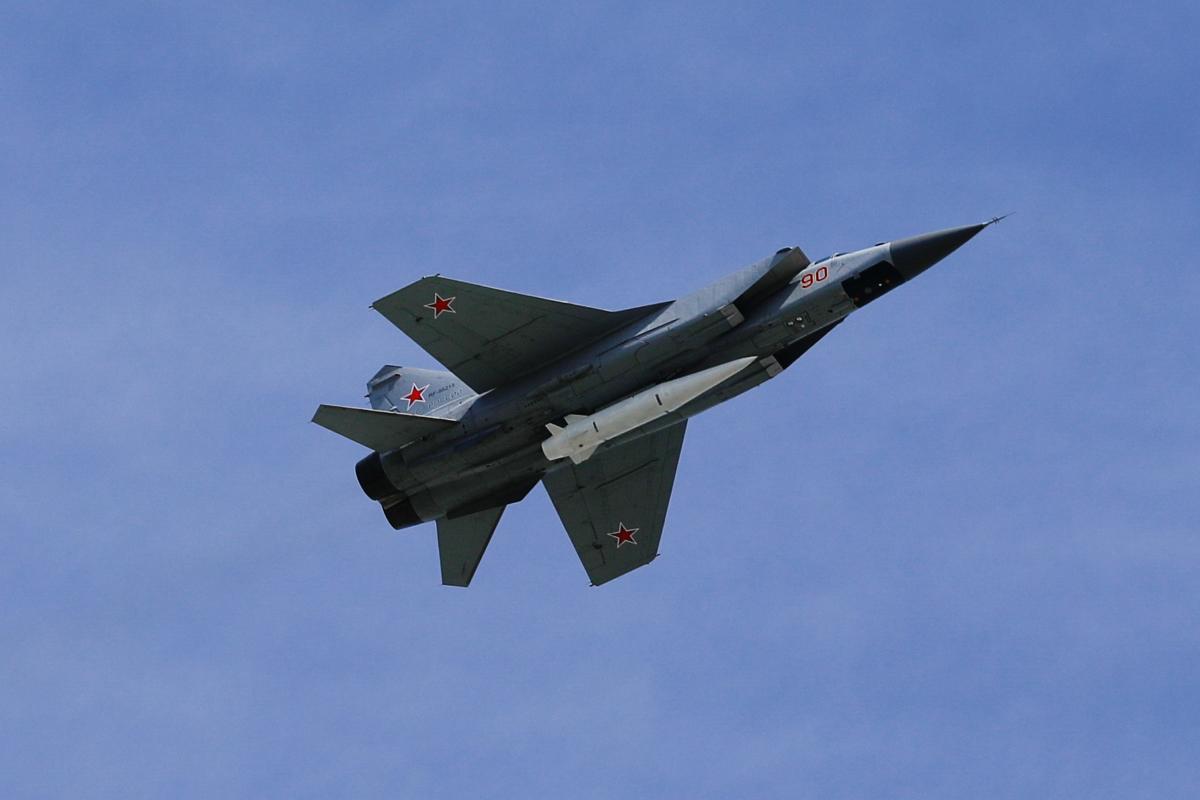 On April 5, it was revealed that President Joe Biden is preparing to announce that the United States, United Kingdom and Australia have created a security pact in response to China’s military expansion. The three nations are due to co-operate on the creation and development of hypersonic weapons in the so-called Aukus security pact, the Financial Times reported. One of the people familiar with the pact told the FT that an announcement could be made as early as Tuesday.

The push to co-develop the weapons is intended to counter the rise of China’s growing military presence. The Pentagon, the FT writes, has stepped up its efforts in developing hypersonic missiles after discovering how advanced China had become in evolving its weapons. The communist country has carried out several hundred hypersonic missile tests – a stark contrast to the US which has only completed less than a dozen.

China is not the only US adversary with access to the powerful new weapons. Russia’s military has claimed to have twice unleashed hypersonic missiles in its invasion of Ukraine, apparently destroying an arms depot in the process, during its monthlong onslaught.

The missile, designed to be launched from a MiG fighter jet, can fly at 10 times the speed of sound, and unlike other missiles can change course during its flight, making it impossible for air-defense systems to shoot it down. It can also be used to deliver nuclear weapons.

On March 19, the Russian Ministry of Defense claimed it had struck an underground missile and ammunition warehouse in a village that borders Romania, and the following day, it had destroyed a fuel depot near the southern city of Mykolaiv.

RIA Novosti, a Russian state news agency, said the attacks were the first time the next-generation weapons have been used since Russian troops were deployed to Ukraine on Feb. 24.

However, on March 9, Ukraine’s National Guard shared a picture of an unexploded hypersonic missile in the city of Kramatorsk in the breakaway region of Donetsk. Reports did not verify whether it was a “dagger” missile.

Meanwhile, a US defense official told CNN that the US had successfully tested a hypersonic missile in mid-March but kept it quiet so as not to escalate tensions with Russia. The Hypersonic Air-breathing Weapon Concept (HAWC) was set off from the West Coast and came just days after Russia said it used its own hypersonic missile weapon in Ukraine. The official offered few details of the missile test but confirmed that it flew about 65,000 feet and for more than 300 miles.

The advanced missile, which Russian President Vladimir Putin previously described as an “ideal weapon,” was one of several new weapons he unveiled in his state of the nation address in 2018. During that speech, Putin boasted that the missiles could hit almost any point across the world and evade the United States’ missile defense shield.

It is believed that Russia first used the hypersonic weapon in support of Syrian President Bashar Assad during the civil war in 2016, although it has not been confirmed if it was the exact Kinzhal model.

In comparison, while the US Tomahawk cruise missile can travel as fast as 550 mph, the Kinzhal can travel at 7,672 mph. The French Navy and the UK Royal Navy have since 2011 been jointly developing their own hypersonic missile, which is expected to be completed in 2030.

Ukrainian officials have confirmed Russia’s attacks over the weekend but said the type of missile used was not confirmed.

According to reports, doubts have swirled over Russia’s use of the ballistic missile. One report suggested that the lack of secondary explosions from the attack at an ammunition warehouse in western Ukraine is suspicious. “There’s also a distinct lack of secondary explosions as one would expect when rocket fuel and explosives cook-off,” the online magazine the War Zone noted on Saturday.

The magazine also questioned how an Orlan-10 – an unmanned aerial vehicle, commonly known as a drone – was able to fly over the targeted area to film the strike. If a maneuverable hypersonic missile was needed for the attack due to Ukraine’s air-defense systems, then how could a drone manage to film the strike and get away safely?

Russian analyst Pavel Felgenhauer said the missile would change little on the ground in Ukraine beyond “giving a certain psychological and propaganda effect.” He added that its use may suggest that the Russian military’s weapons are drying up. Defense strategy researcher Joseph Henrotin reiterated Felgenhauer’s point, suggesting on Twitter that Russia could be running out of weaponry. Henrotin also claimed that Putin might have used the nuclear-capable missile in a bid to raise the stakes of the war.

On Sunday, the UN’s human rights office said at least 1,417 civilians had been killed since Feb. 24, including 171 children but said it believed the actual figures are “considerably higher.

How are Ukrainian forces taking out so many Russian tanks? Use this embed to learn about some of the weapons systems the US is sending to the Ukrainian army.