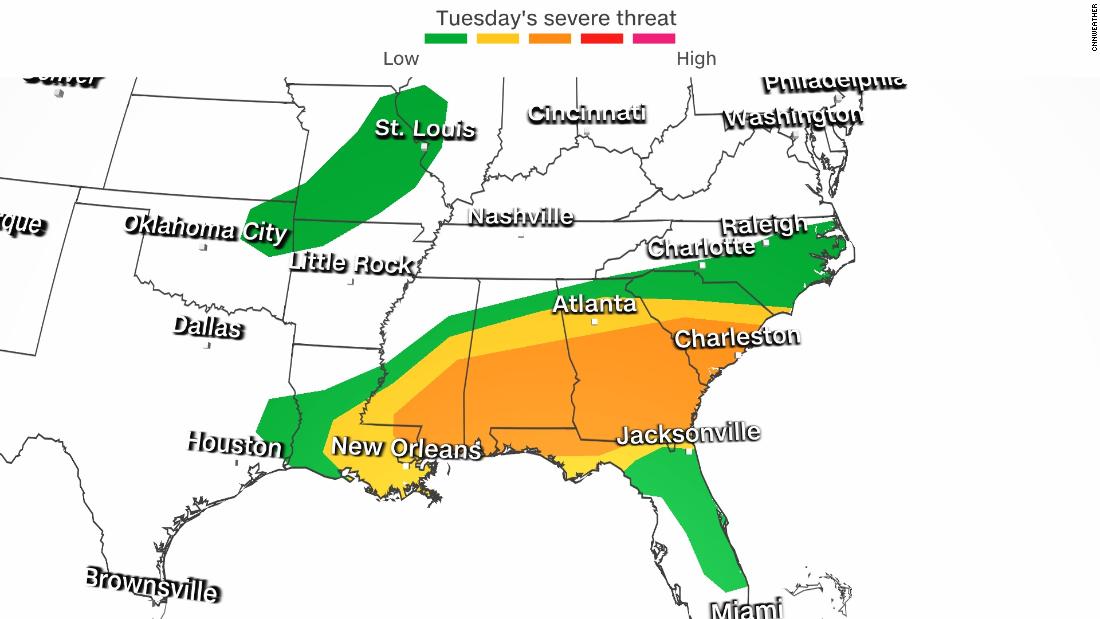 More than 40 million people are at some level of risk for severe storms from the central Gulf Coast states into the Carolinas, the Storm Prediction Center said.
In general, damaging wind gusts – sometimes over 60 mph – are possible across these areas. And “several tornadoes are possible, including the risk of a strong tornado,” the prediction center said.

The most serious risk – a level 3 of 5 – exists for about 9 million people in parts of southern Mississippi, parts of the Florida Panhandle, southern and central Alabama and Georgia, and parts of South Carolina, the prediction center said.

Strong winds pushed down trees in portions of northwestern Louisiana, and large hail was reported in Mississippi’s Rankin County northeast of Jackson, as well as in Marengo and Choctaw counties in western Alabama, according to the National Weather Service.
Tornado watches are in effect until 11 a.m. CT for parts of northeast Louisiana and much of central and southern Mississippi, and until 2 p.m. CT for portions of central and southern Alabama and parts of the Florida Panhandle, the weather service said.

As the system moves east, the Atlanta area could see conditions deteriorate by 11 am ET and see strong storms into the afternoon.

The following cities will see their greatest chance of severe storms from 4 to 10 pm ET: Tallahassee, Florida; Savannah, Georgia; Charleston, South Carolina; and Charlotte, Raleigh and Wilmington in North Carolina.

More severe weather possible in the South on Wednesday

Tuesday’s severe weather is the latest in a series of storms that have battered the southern US for three weeks straight.

Many of the same areas that have seen severe weather over the past few weeks will be in threat of it again over the week ahead, the Storm Prediction Center’s Bill Bunting told CNN.

“The very moist air flowing northward from the Gulf of Mexico, which has helped the storms develop over the last few weeks, is once again what we will see this week,” Bunting said.

By Wednesday, a separate system will form, bringing another round of storms to the South and extending the severe threat for another day. Wednesday’s highest risk – a level 3 of 5 – covers about 10 million people in Atlanta; Birmingham and Tuscaloosa in Alabama; and Chattanooga, Tennessee, the prediction center said.

By Thursday, the threat diminishes, as the storms push off the East Coast. While the system is primarily bringing storms to the South, we will still see rain Thursday for much of the Eastern Seaboard.

Anywhere from Florida to New England will see rain, so Wednesday and Thursday could bring a few travel delays at some major airports as this system moves through. 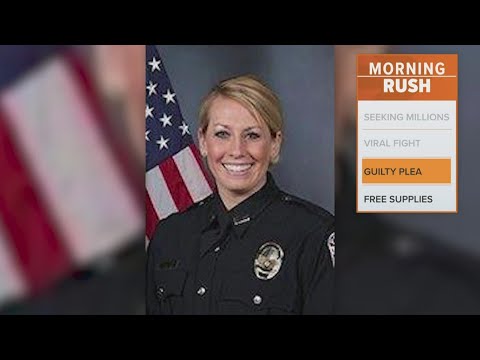 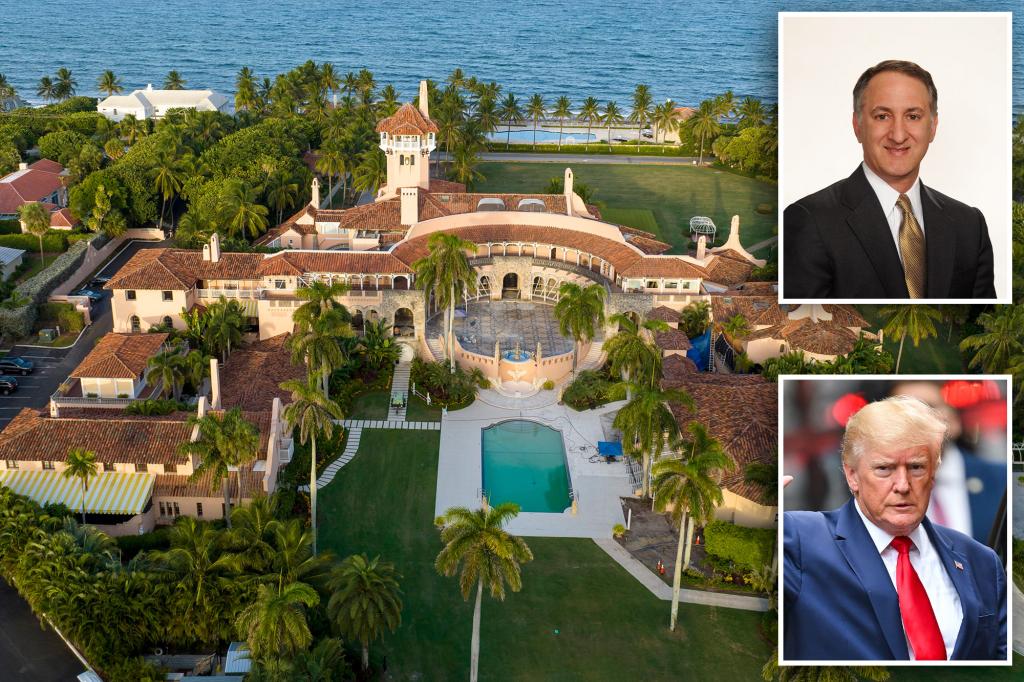