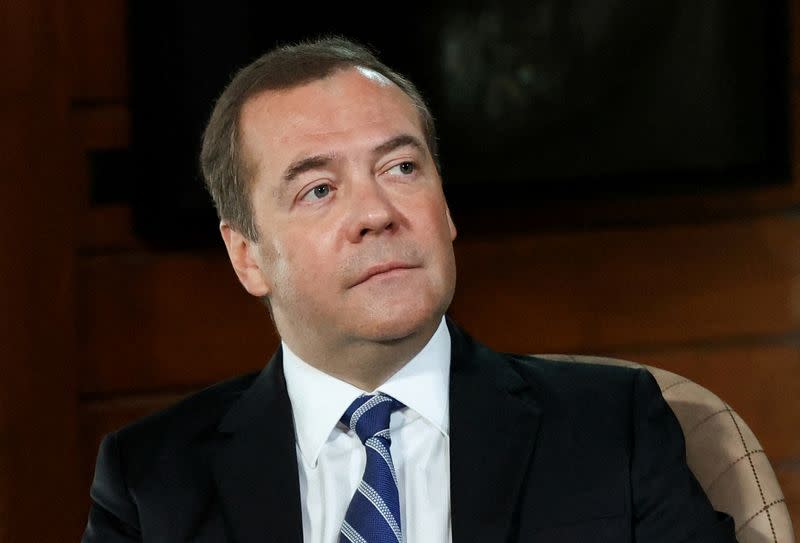 (Reuters) – Russia will respond proportionately to the expulsion of its diplomats from a number of Western countries, Russian ex-president and deputy head of security council Dmitry Medvedev said late on Monday.

“Everyone knows the answer: it will be symmetrical and destructive for bilateral relations,” Medvedev said in a posting on his Telegram channel.

“Who have they punished? First of all, themselves.”

“If this continues, it will be fitting, as I wrote back on 26th February – to slam shut the door on Western embassies,” Medvedev said. “It will be cheaper for everyone. And then we will end up just looking at each other in no other way than through gunsights.”