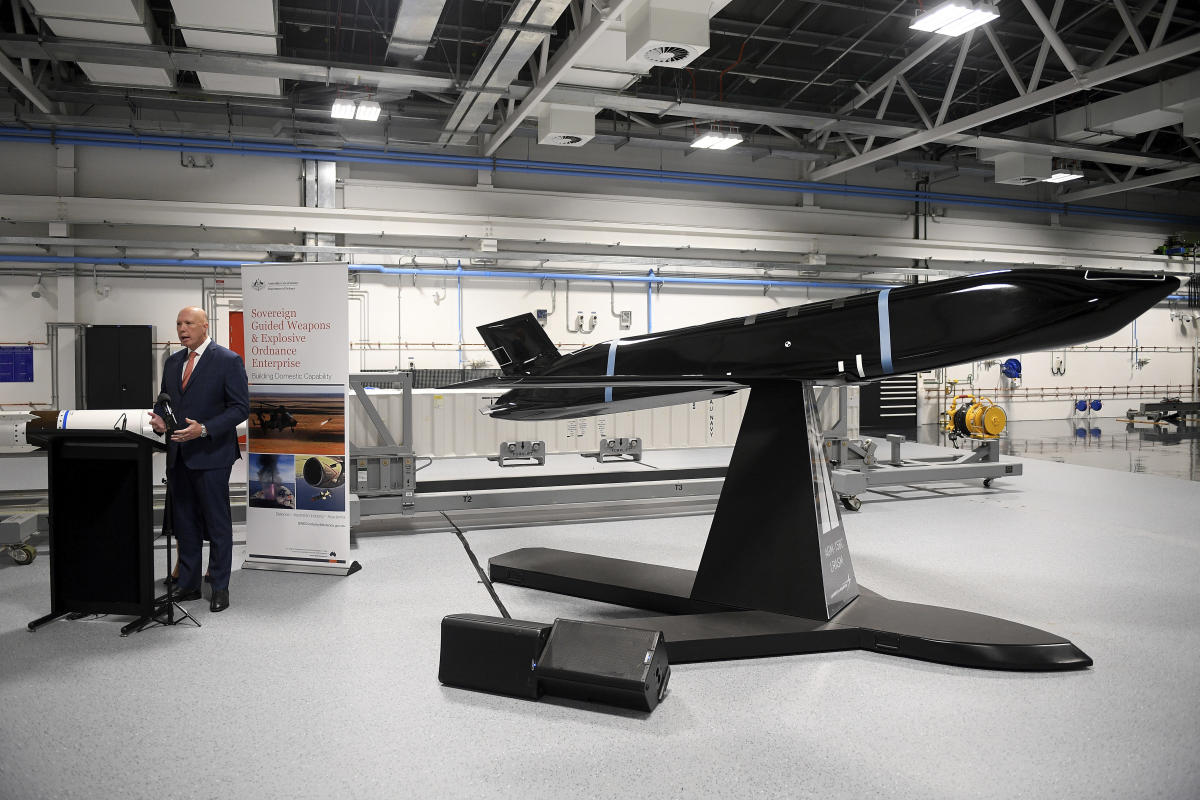 CANBERRA, Australia (AP) – Australia has accelerated plans to buy long-range strike missiles years ahead of schedule because of growing threats posed by Russia and China.

“There was a working assumption that an act of aggression by China toward Taiwan might take place in the 2040s. I think that timeline now has been dramatically compressed, ”Dutton told Seven Network television.

“When we look at what’s happened in Ukraine, there is the prospect of Russian going into Poland or somewhere else in Europe. That would be a repeat of the 1930s and that’s not something that we should allow to happen, ”Dutton added, referring to the beginning of World War II.

Under a revised timetable, FA-18F Super Hornet fighter jets would be armed with improved US-manufactured air-to-surface missiles by 2024, three years earlier than planned.

The JASSM-ER missiles would enable fighters to engage targets at a range of 900 kilometers (560 miles).

Australia’s ANZAC Class frigates and Hobart Class destroyers would be equipped with Norwegian-made Kongsberg NSM missiles by 2024, five years ahead of schedule.

The missiles would more than double the warships’ strike range.

The new rearmament timetable comes after the Solomon Islands announced a draft security pact with China. Under its terms, China could send military personnel to the South Pacific islands to help maintain order and for other reasons. It could also send warships to the Solomons for stopovers and to replenish supplies, which had led to speculation about the possibility of a Chinese naval base there.

China has denied seeking a military foothold in the islands and accused others of raising tensions.

“I’m undoubtedly concerned … and it’s a concern for all of our partners throughout the western Pacific and notably Australia and New Zealand,” Paparo told Australian Broadcasting Corp.

Anne-Marie Brady, global fellow at the Woodrow Wilson Center in Washington and professor of politics at the University of Canterbury in New Zealand said a hostile power in control of the Solomons would have a direct impact on sea lanes linking South Pacific states.

“There is no justification for China establishing a military presence in the Solomon Islands,” Brady said.

“It is meant to cut off Australia and New Zealand from US military support. … It is both an immediate and long-term threat, ”she added.