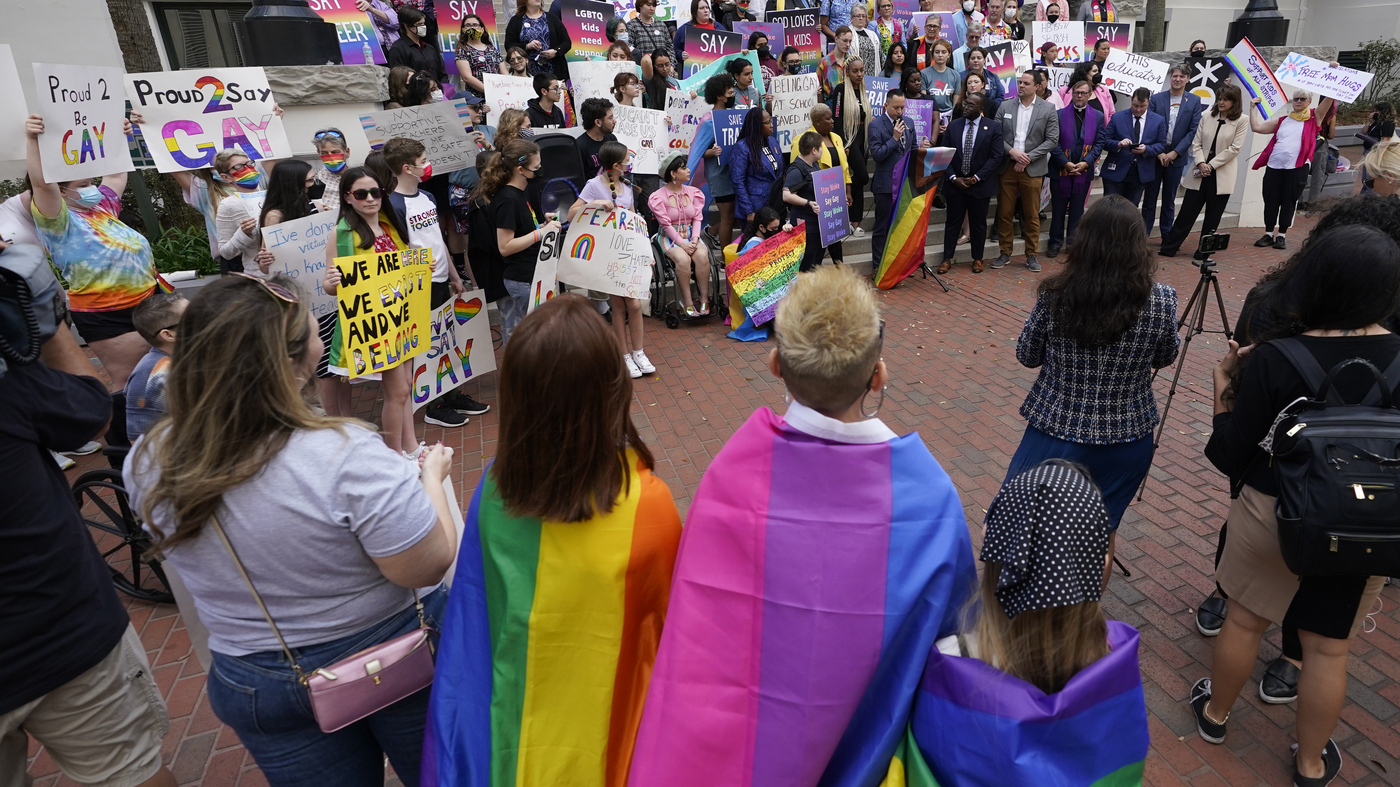 It was ridiculed by the hosts of this year’s Academy Awards.

Now, Florida teachers are wondering how the new law will affect them and their students.

Among its controversial measures, the law forbids instruction on sexual orientation and gender identity from kindergarten through third grade.

“We will make sure that parents can send their kids to school to get an education, not an indoctrination,” DeSantis said at the bill signing in Spring Hill, Fla., Flanked by young children at Classical Preparatory School which, as a charter school , will not be affected by the law.

Teachers say students have other concerns

That’s news to teachers such as Paula Stephens, who teaches first grade at Eisenhower Elementary School in Clearwater, Fla.

Paula Stephens teaches first grade at Eisenhower Elementary School in Clearwater, Fla. “I see this as opening a door to putting a lot more restrictions in the classroom,” she says, “and it’s just worrisome to me.”

Her first-graders aren’t focused on sexual orientation or gender identity. Their main concern, she says, is “Is it snack time?”

After all, Stephens says, teaching about sexual orientation and gender identity is not part of the first–grade curriculum. But talking about families ice part of her curriculum, and some of her students may have two moms or two dads.

“It makes me wonder,” she says, “when I talk about families in my classroom, am I going to be violating this law because the children were having discussions about what their family looks like?”

The law’s sponsors say that’s not the intent. But Stephens fears the law’s language is so vague that it will have a chilling effect, and she worries about what other topics might become a target.

“What’s next?” she asks. “If they’re going after this conversation now, where does this stop? … I’m very fearful that this law is going to just open it up for a lot more things to start being discriminated against.”

Some teachers view the law as ‘a blatant attack on education’

Beyond kindergarten through third grade, the Florida law also says that any instruction about sexual orientation or gender identity, in any grade, has to be “age-appropriate or developmentally appropriate in accordance with state standards.”

Opponents say the law will effectively muzzle any discussion of sexual orientation or gender identity, out of fear. Under the law, parents can sue the school district if they believe the school is in violation.

“Honestly, I feel like it’s just a blatant attack on education,” says Jorje Botello, who has taught eighth grade American history for 19 years at Osceola Middle School in rural Okeechobee, Fla. “A lot of these bills are written by people that have never set foot in a public education classroom.”

Jorje Botello, teaches 8th grade American history at Osceola Middle School in Okeechobee, Fla. “If I feel like I’m going to be watched by Big Brother all the time,” he says, “what’s the point?”

Under the new law, he wonders, will it be considered age-appropriate to tell his students that the Revolutionary War hero, the Prussian General Friedrich Wilhelm Von Steuben, is widely believed to have been openly gay?

“When you look back in history,” Botello says, “there’s clear examples of how these different groups that are being attacked today actually helped form our country. … They’re a part of our story.”

Botello believes lessons like these can empower LGBTQ students, weaving them into America’s history. As a Mexican-American, he says, he knows how important that kind of representation is; growing up, he did not see himself in the history books.

Looking ahead to teaching under the new law, Botello says he’ll be more cautious.

“I know that I have to think a little harder when I navigate [these subjects] next year, now that this bill is gonna be in effect, “he says.

If the climate becomes too restrictive, Botello says, he might have to consider retiring.

“If I feel like I’m gonna be watched by Big Brother all the time,” he says, “like, what’s the point?”

Demonstrators gather to protest what opponents call the “Don’t Say Gay” bill on the steps of the Florida Historic Capitol Museum in Tallahassee on March 7, 2022.

Demonstrators gather to protest what opponents call the “Don’t Say Gay” bill on the steps of the Florida Historic Capitol Museum in Tallahassee on March 7, 2022.

For Clinton McCracken, who has taught art for 21 years at Howard Middle School Academy of Arts in Orlando, this law feels like a hateful, personal attack.

As a gay man, he says, it tells him and his LGBTQ students that there’s something “inappropriate” about them: that their identity is taboo, or somehow dirty.

McCracken points to a 2021 survey from the Trevor Project, a nonprofit suicide prevention organization for LGBTQ youth, which found that 42% of LGBTQ youth seriously considered attempting suicide in the past year.

“I can tell you as someone who grew up as a gay boy, how real that statistic is,” he says, “and how dangerous it is that these Republican legislators are playing with the safety of our vulnerable youth.”

McCracken is appalled when he hears DeSantis claim that schools are, in the governor’s words, “sexualizing” kids and “injecting transgenderism” into the classroom.

“This is a created culture war from him so that he can achieve his political ambitions. That’s all this is,” McCracken says. “So yeah, I’m not teaching kids how to be gay in my classroom, but I’ll tell you what I’m doing. I’m trying with all my power to teach kids to be OK with who they are.”

McCracken says the teachers he talked to say the new law will not silence them.

If that means parents sue their school districts, he says, then so be it: “It’s the right thing to do.” 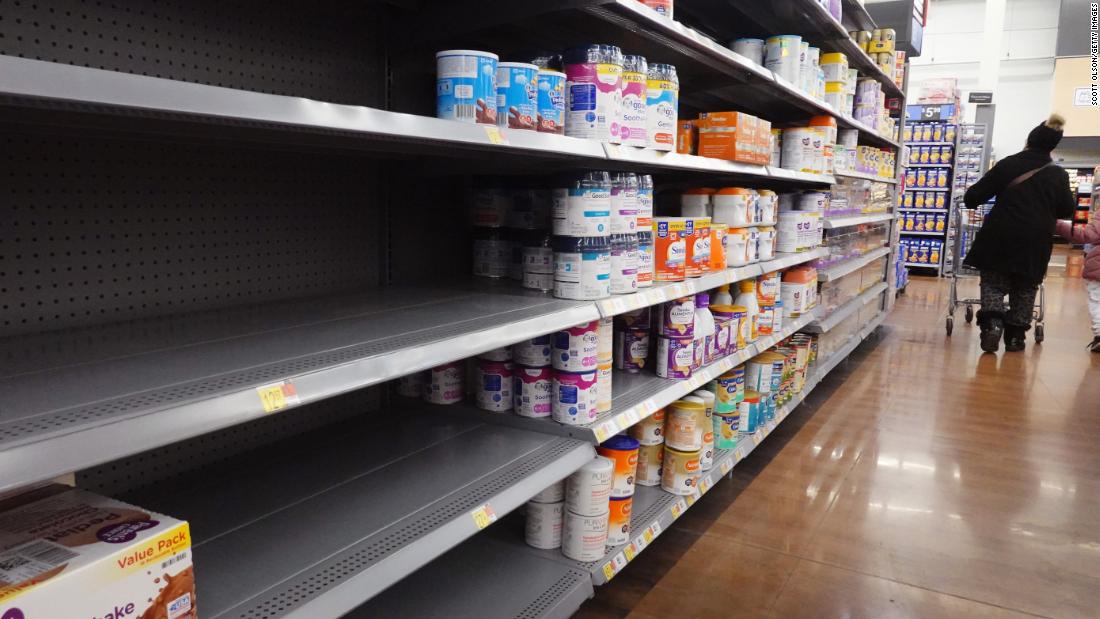