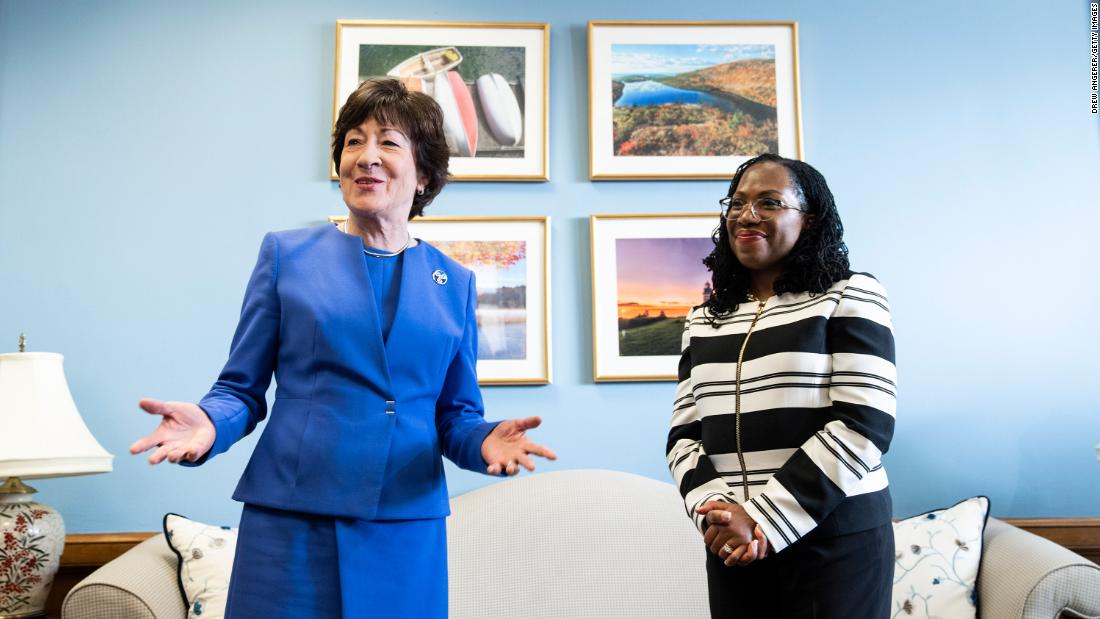 “After reviewing Judge Ketanji Brown Jackson’s extensive record, watching much of her hearing testimony, and meeting with her twice in person, I have concluded that she possesses the experience, qualifications, and integrity to serve as an Associate Justice on the Supreme Court,” Collins said in her statement. “I will, therefore, vote to confirm her to this position.”

She first told The New York Times of her decision to support Jackson before releasing a statement. Jackson’s confirmation had been virtually assured following the announcement last week that moderate Democratic Sen. Joe Manchin of West Virginia would vote for her, but Collins’ support means her confirmation will be bipartisan.

Collins’ announcement comes a day after she met with Jackson for a second time and later told reporters she “provided clarification on some of the issues, so it was a useful meeting.”

Pressed on what those topics were, Collins responded Tuesday, “I followed up on several of the issues that you would probably think I would follow up on.”

Only three Republican senators voted in favor of Jackson in 2021 when the Senate confirmed her to fill a vacancy on a powerful DC-based appellate court: Collins as well as Lindsey Graham of South Carolina and Lisa Murkowski of Alaska.

Murkowski and Graham have not yet said where they stand on Jackson’s nomination. Graham told CNN he plans to announce his position on Jackson sometime this week.

GOP Sen. Mitt Romney also met with Jackson on Tuesday, but has not yet said whether he’ll support her after expressing an openness to vote in favor of her nomination to the Supreme Court.

This story and headline have been updated to include additional developments.