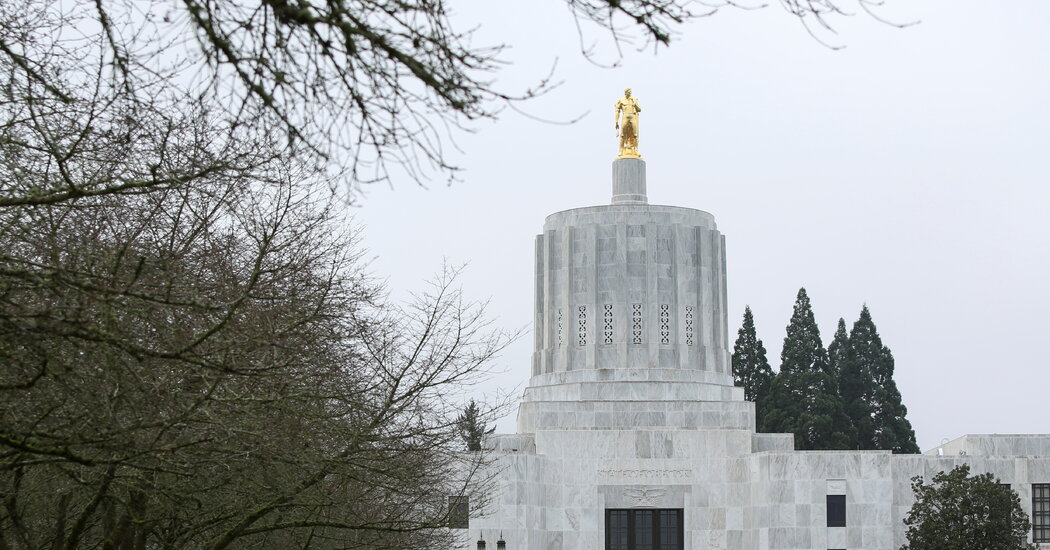 Oregon will no longer require terminally ill people seeking to end their lives with doctor-prescribed lethal drugs to be residents of the state, according to the settlement of a federal lawsuit that had claimed the requirement was unconstitutional.

The Oregon Health Authority, the Oregon Medical Board and the Multnomah County District Attorney’s Office agreed that they “would not apply or otherwise enforce” the residency requirement, according to the settlement, which was filed on Monday in Portland Federal Court.

The settlement resolves a lawsuit that Compassion & Choices, an advocacy group that supports expanding access to end-of-life medicine, filed in October to challenge the Oregon residency requirement, which the group said violated the Constitution’s prohibition against states that favor their own residents about noncitizens.

The group sued on behalf of Dr. Nicholas Gideonse, a Portland physician and assistant professor of family medicine at Oregon Health & Science University.

In effect since 1997, the Oregon Death With Dignity Act empowers doctors to prescribe lethal medication for dying patients who have completed a complex process of requests and waiting periods.

Dr. Gideonse, a supporter of such laws, said in the lawsuit that he had been unable to write terminal prescriptions for patients who live in nearby Washington State. (Dr. Gideonse is licensed to practice medicine in Oregon, but not in Washington.)

“Despite the likelihood that these individuals were otherwise eligible for medical aid in dying, he was unable to consider these requests solely on the basis of residency,” Compassion & Choices said in a statement on Tuesday.

The laws in the eight other states besides Oregon that permit physician-assisted death – Washington, California, Colorado, Hawaii, Maine, New Jersey, New Mexico and Vermont – all include similar residency requirements, according to the group.

After the announcement of the settlement, Dr. Gideonse said he and his patients were deeply relieved that Oregon would no longer enforce its residency requirement for medical aid.

“I really feel very, very good about this resolution,” he said in a phone interview on Tuesday, adding that he was “pleasantly surprised that it occurred so quickly.”

He said that apart from end-of-life medicine, “no other aspect of my medical care is restricted by the state line.”

Although the settlement still calls for the Oregon medical authorities to ask the State Legislature to formally strike the residency language from the law, Dr. Gideonse said that he felt confident proceeding as if the requirement had been lifted.

“I feel safe to talk to my patients in Washington,” he said.

Kevin Díaz, the chief legal advocacy officer for Compassion & Choices, said in a statement that Oregon “has long been the leader in respecting the rights of dying people and state officials’ swift resolution of this suit is very much in line with these values. ”

Since the Oregon Death With Dignity Act was enacted, 2,159 people have died from ingesting terminal drugs, according to a report from the Oregon Health Authority.

To be eligible for life-ending medication, the Oregon law requires that a patient must be at least 18 years old, be “capable of making and communicating health care decisions to health care practitioners” and have a diagnosed terminal illness that will lead to death within six months.

Laura Echevarria, a spokeswoman for the National Right to Life, which opposes such laws, said in a statement that the change in this law “allows for anyone traveling to Oregon to seek assisted suicide.”

“We do believe Oregon will become the assisted suicide tourism state,” she said in an email on Tuesday.

But Mr. Díaz said such an outcome was highly unlikely.

“The reality is most terminally ill people are too ill to travel long distances to Oregon,” he said, adding that it would be difficult for them “to complete the multistep process that the law requires.”