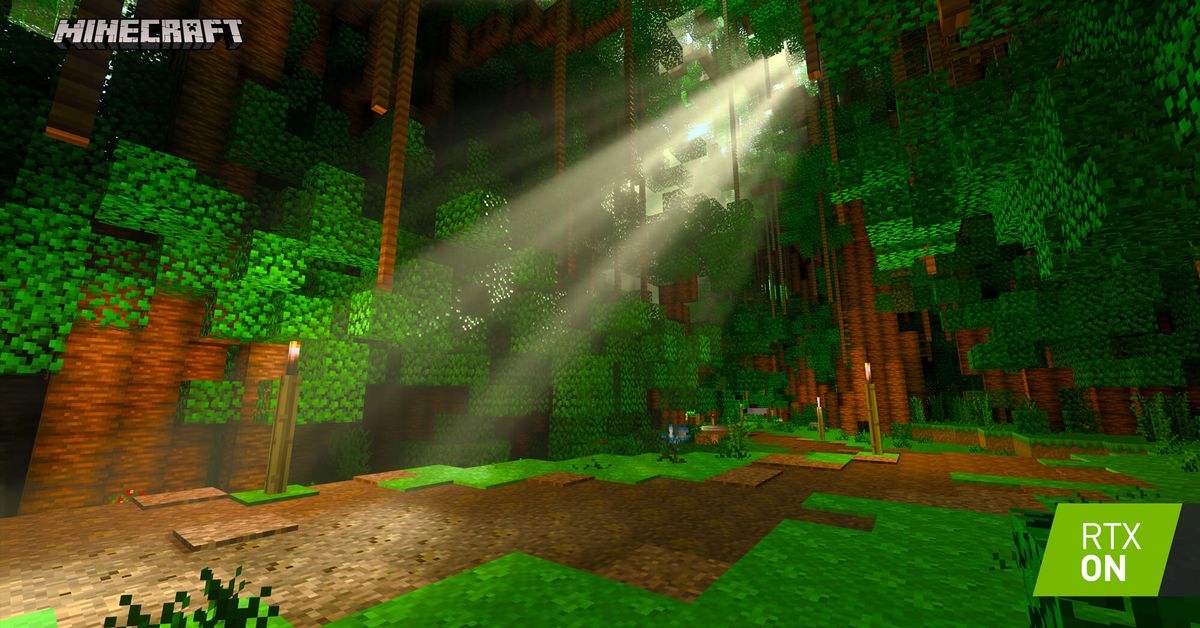 I’ve been testing out the latest Minecraft Preview, and have been able to successfully enable some ray tracing support. It’s not a simple switch, though. Minecraft‘s ray tracing is enabled through additional resource packs, and there’s no easy way of downloading and installing these in the Xbox version of the game right now. There’s a workaround, though. You can host a Minecraft session on a Windows PC with the packs enabled, and an Xbox player can join that session and ray tracing will be enabled.

Minecraft with raytracing on Xbox? The latest Minecraft Preview is optimized for Xbox Series S / X and has early raytracing support pic.twitter.com/cqH0cuGbtS

You’re then able to toggle ray tracing support on or off from the settings menu. While there is also a setting for upscaling support, this appears to be limited to Nvidia’s DLSS on the PC side right now. Hopefully that will eventually extend to AMD’s FSR 2.0 support on Xbox, or other upscaling techniques.

Minecraft‘s blocky aesthetic was originally upgraded as part of the ray tracing launch for the Windows 10 version of the game in December 2020. The ray tracing is most noticeable in water reflections or shadows within Minecraftor through the additional detail in texture packs.