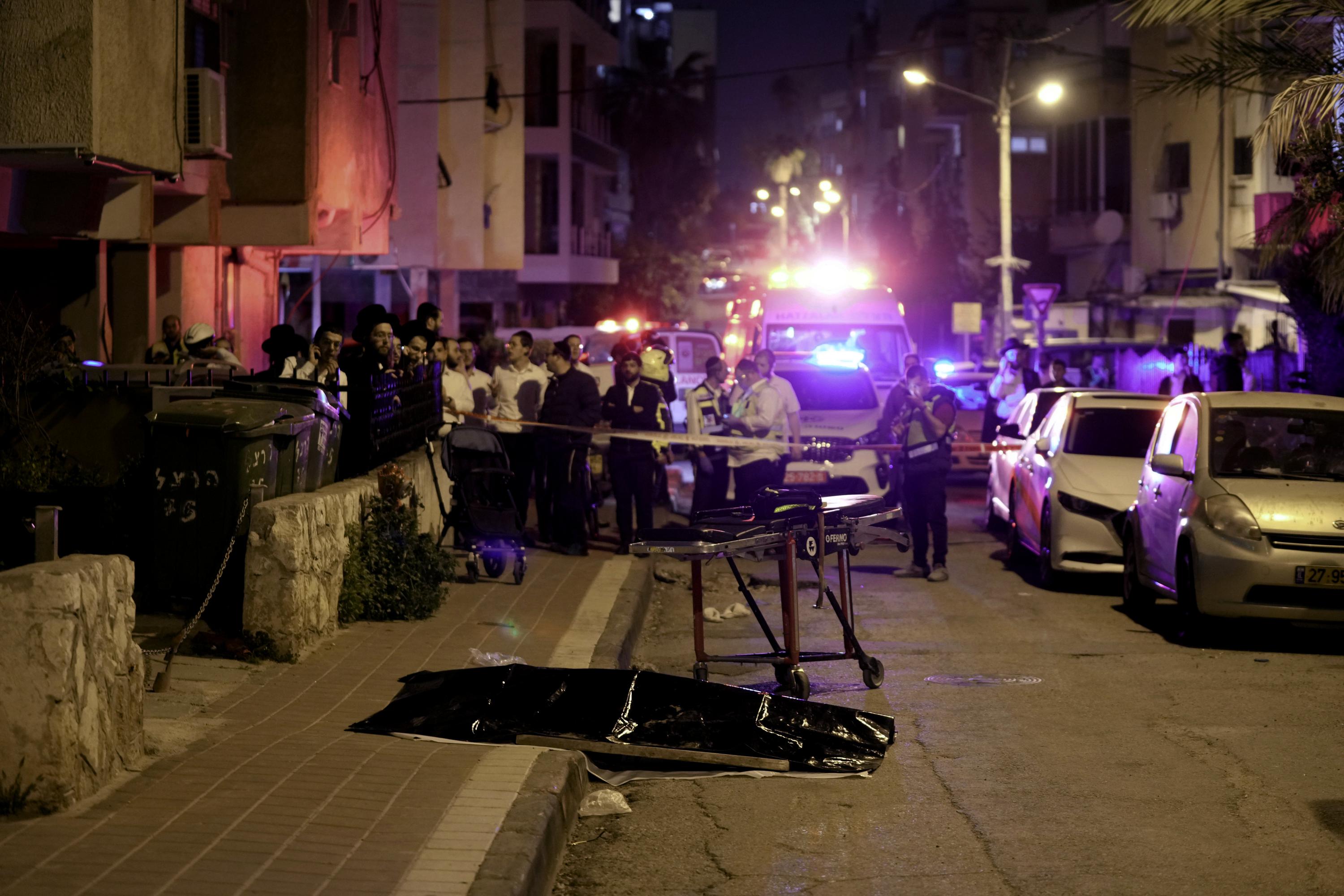 JERUSALEM (AP) – A gunman on a motorcycle opened fire in a crowded city in central Israel late Tuesday, killing at least four people in the second mass shooting rampage this week. The shooter was killed by police.

While circumstances were not immediately clear, the shooting appeared to be the latest in a string of attacks by Arab assailants ahead of the Muslim holy month of Ramadan and the anniversary of last year’s Gaza war. Israeli media said the attacker was a Palestinian from the West Bank. The previous two attacks, carried out by Arab citizens of Israel inspired by the Islamic State extremists group, have raised concerns of further violence.

Tuesday’s shootings occurred at two locations in Bnei Brak, an ultra-Orthodox city just east of Tel Aviv. Police said in a statement that a preliminary investigation found that the gunman was armed with an assault rifle and opened fire on passersby before he was shot by officers at the scene.

Bennett said in a statement that Israel “stands before a wave of murderous Arab terrorism” and pledged to combat it “with perseverance, stubbornness and an iron fist.” Israel Defense Minister Benny Gantz wrote on Twitter that the security forces “will work with all means to return security to Israeli streets and the feeling of security to civilians.”

Israeli media reported that the suspected gunman was a 27-year-old Palestinian man from the northern West Bank town of Yabad. Police did not immediately provide information about the suspect.

Amateur video footage aired on Israeli television appeared to show a gunman in a black shirt armed with an assault rifle shooting into a moving vehicle.

On Sunday, a pair of gunmen killed two young police officers during a shooting spree in the central city of Hadera, and last week, a lone assailant killed four people in a car ramming and stabbing attack in the southern city of Beersheba.

Earlier on Tuesday, Israeli security services raided the homes of at least 12 Arab citizens and arrested two suspected of having ties to the Islamic State group in a crackdown sparked by recent deadly attacks.

Hours before the raid, Bennett said the recent assaults inside Israel marked a “new situation” that required stepped-up security measures.

Law enforcement officials said 31 homes and sites were searched overnight in northern Israel, an area that was home to the gunmen who carried out the Hadera attack.

The Islamic State group has claimed responsibility for the two previous attacks.

Ramadan is expected to begin Saturday. Last year, clashes between Israeli police and Muslim protesters during the holy month boiled over into an 11-day war between Israel and Hamas, the Islamic militant group that rules Gaza. Hamas praised the shooting as a “heroic operation.”

Israel has been taking steps to calm tensions with the Palestinians this year to avoid a repeat of violence. Deadly attacks by IS inside Israel, and attacks by Arab citizens of Israel, are rare.

The group operates mainly in Iraq and Syria, where it has recently stepped up attacks against security forces. It no longer controls any territory but operates through sleeper cells. IS has claimed attacks against Israeli troops in the past and has branches in Afghanistan and other countries.