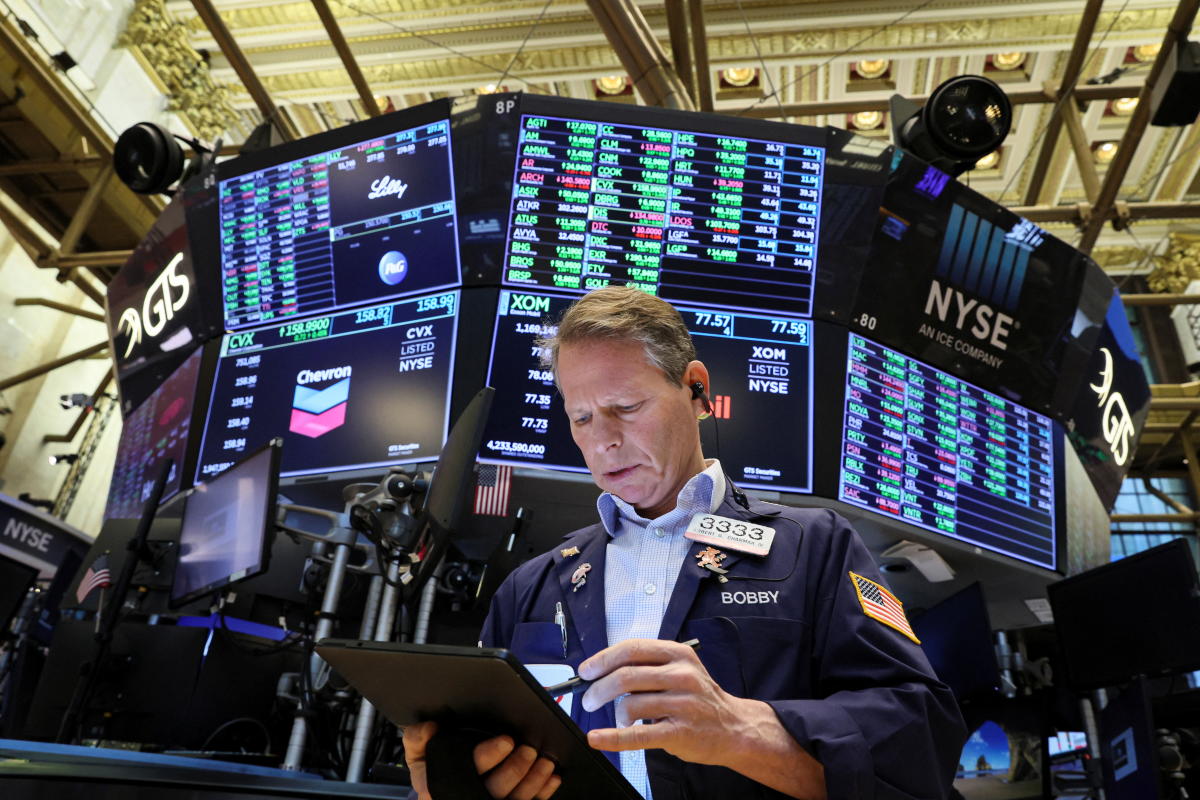 US equity futures were near breakeven in premarket trading Monday as investors prepare for a busy week rife with key economic data that could position the Federal Reserve to act more aggressively on plans to raise interest rates.

Futures tied to the Dow Jones Industrial Average, Nasdaq Composite, and S&P 500 were mostly flat ahead of the open after all three major benchmarks registered their second straight week of gains on Friday to close at one-month highs. Meanwhile, bond yields continued to climb, with the 10-year US Treasury note topping 2.5% Monday morning.

Investors are beginning to price in a ramp up in rate hikes this year after recent remarks from Fed Chair Jerome Powell signaled a 50 basis point bump was on the table as officials lean into higher borrowing costs aimed at curb surging inflation levels. Economic data out of Washington this week could further stoke expectations central bank policymakers may move ahead with a half-point hike.

The all-important March jobs report is the highlight of economic reports this week. Labor market tightness has strongly informed the Fed’s decision to rein in monetary policy, with momentum in the economic recovery suggesting to officials that the US economy could weather less accommodative financial conditions. Moreover, while an improving labor market is good for US households, widespread job openings have made room for significant leverage for workers, driving wage gains higher and further elevating inflationary pressures. The report is likely to show another robust reading with payrolls expected to rise by 490,000, according to Bloomberg economist estimates.

“The payroll jobs report could be the biggest one yet in this recovery from the pandemic,” FWDBONDS chief economist Christopher Rupkey said in a recent note. Federal Reserve officials are already chomping at the bit for bigger 50 bps rate hikes at upcoming meetings, and the tightest labor market since the 1960s is like pouring gasoline on the fire where any policy official worth his or her salt is burning with desire to get interest rates up to 2% neutral levels now. ”

Another focal point for traders on the economic data front this week is a fresh read on the monthly personal consumption expenditures (PCE) deflator due out Thursday. The gauge is another indicator of how quickly prices are increasing across the country. Consensus economists expect the PCE to post a rise of another 0.6% in February, according to Bloomberg data. The core PCE index, which the Fed uses to conduct monetary policy, is also expected to show an increase when the print publishes Wednesday. Consensus economists are looking for a 5.5% increase in core PCE in February, compared to January’s 5.2% rise.

Russia’s ongoing invasion of Ukraine also continues to be on the radar for investors. US officials have walked back contentious remarks made by President Joe Biden over the weekend that appeared to call for the removal of Russian President Vladimir Putin during a speech in Poland.

Secretary of State Antony Blinken told reporters Sunday during a visit to Israel that the US is not seeking to remove Putin from power.

“As you know, and as you’ve heard us say repeatedly, we do not have a strategy of regime change in Russia or anywhere else,” Blinken said. “In this case, as in any case, it’s up to the people of the country in question. It’s up to the Russian people. ”

After nine straight sessions of gains, Apple Inc. (AAPL) is poised to cap its longest winning streak this year following a report the iPhone maker is cutting production of its iPhone SEs by about 20% next quarter due to lower demand for consumer electronics.

The tech giant also reduced orders for its AirPod earphones by more than 10 million units for 2022. AirPods have become the most widely-sold wireless earphones, helping Apple grab more than 25% global market share, according to Bloomberg, which cited research the firm Counterpoint.

Meanwhile, an Oscar win for Apple TV’s film “CODA” on Sunday could also be a win for the company in the streaming race.

“If Apple was to win the coveted best picture award with CODA it would catalyze more A + talent coming to Apple first (or in the top bracket) and could propel Cupertino’s content efforts by multiples over the coming years with a major paid subscriber boost,” Wedbush tech analyst Dan Ives said ahead of the award show.

Here were the main moves in markets at in pre-market trading Monday: